A viable New Year’s resolution for vapor industry regulators and antagonists is to start being more honest.

I’m not somebody who usually makes or even thinks about New Year’s resolutions, but I recently spoke to an acquaintance and something she said got me thinking. The more you think about such resolutions, the more you come to realize that they and their outcomes are not quite as simple as they are often made out to be.

For instance, the first thing I started to wonder was how many readers of this magazine would have given up reading this piece by now, not just because they’ve made New Year’s resolutions not to read pointless stories, but because they are not touched by such nonsense—because they are part of cultures that don’t subscribe to, what I believe, is mainly a Western tradition.

That thought raises some difficult issues for somebody, such as me, who has been brought up in the West and for whom New Year’s resolutions seem natural, even though I don’t bother with them. After all, most people feel they need to make positive changes to their lives at some point, and what better time than at the start of a new year, whenever your new year begins? I simply cannot help thinking that most cultures must have developed practices that are at least related to New Year’s resolutions.

But no matter where you sit culturally, you are almost bound to question why your resolutions should be aligned to the start of the new calendar year. Would it not be more appropriate to align them with, say, the start of the “natural” year, which, in England, might be taken to be when, according to Ian Anderson, the Jacks—they are plural apparently—in the Green tap their canes on the ground to signal to the snowdrops that it is time for them to grow?

This would certainly be most appropriate, for instance, if your resolution were to tend your garden more diligently. It doesn’t take much thought to realize, also, that certain resolutions would be easier to maintain for longer if they were kicked off at the start of a particular season. Why, if you live in the Northern Hemisphere, would you resolve to go jogging from the start of January with, weather-wise, two of the most miserable months in front of you? You are simply setting yourself up for failure.

And, still on timing, if you’re into multiple resolutions, it might be advantageous to stagger their starts—so that you are not trying to cut down on your eating, drinking, smoking, illicit-drug-taking, lying, cheating, general low-level criminality and sloth at the same time. That would clearly be a tall order.

Other things that come into view as you think about such things are the possible knock-on effects of resolutions. It’s OK if you have a Kantian outlook on ethics so that you can say with confidence that you should no longer drink 10 pints of beer a night because drinking 10 pints of beer a night is not something you can “will to become a universal law.” But if your ethical outlook is based on utilitarianism, you might start to feel ethically challenged when somebody questions what will happen to the brewer who has resolved to save more money if you resolve to stop drinking 10 pints a night and manage to carry through with that resolution.

Frankly, the more you think about it, the more you realize that the whole business is fraught. Certainly, New Year’s resolutions cannot be seen as a zero-sum game. If you resolve to eat less cake, the baker’s life starts to spin out of control. And if you resolve to stop lying, you lose all your friends.

Or rather these things happen if everyone resolves to act in a “better” way than in the past, which, I think, is generally the case. But things can be turned around if some people resolve to be naughty, or naughtier. What if one person resolves to stop drinking 10 pints a night but somebody else resolves to start drinking 10 pints a night? That way, everybody is “better off,” even the brewer who resolved to save more money, though he will have to do so with the same income.

Clearly, such balance is possible even at an individual level. If you wanted to cut down on your 10 pints a night, you could reward yourself with some extra cigarettes, or vice versa, depending on which of these indulgences you most needed to cut down.

THE PROMISE MOST OFTEN BROKEN

In the past, the only option was to give up. No matter what is written above, it is clearly not possible to reward cutting down on smoking with an increase in beer intake because beer drinking leads to socializing, and socializing leads to smoking if you’re so inclined. But now, smokers have the option of quitting by switching to vaping, a habit without any of the negative effects of beer drinking, as far as I can tell.

The trouble here is that some of the people who urge smokers to resolve to quit their habit don’t really like the idea of these people switching to vaping—or to snus or any of the other smokeless tobacco products that would offer solid risk reductions. Why not? That’s a good question that would take too long to answer, but I think they rationalize their position in part by saying that vaping, at least with nicotine, is addictive and will eventually lead the vaper back to cigarettes.

At the same time, they say the very existence of vapor devices is a magnet for young people who are drawn like magpies to these gaudy baubles and take them back to their nests where they become addicted to the nicotine and move on to traditional cigarettes and end up supping with the devil, or some such.

This narrative is shot full of holes, but it has gained traction. So I was very much taken in January by a EurekAlert story that said allowing smokers to determine their nicotine intake while they are trying to quit is likely to help them kick their habit. The story, which was based on a study of 50 people and led by Queen Mary University of London, said that the results of the first study to tailor nicotine dosing based on the choices of smokers trying to quit suggested that most smokers who used stop-smoking medications could easily tolerate doses that were four times higher than those normally recommended.

Study author Dunja Przulj of Queen Mary University of London said that smokers determined their nicotine intake while they smoked but that when they tried to quit, their nicotine levels were dictated by the recommended dosing of the treatment. “These levels may be far too low for some people, increasing the likelihood that they go back to smoking,” Przulj said. “Medicinal nicotine products may be under-dosing smokers and could explain why we’ve seen limited success in treatments, such as patches and gum, helping smokers to quit. A change in their application is now needed. Our findings should provide reassurance to smokers that it is OK to use whatever nicotine doses they find helpful.”

The story went on to say that when nicotine-replacement treatment was first evaluated in the 1970s, low doses were used because of concerns about toxicity and addictiveness. “Evidence then emerged that nicotine on its own, outside of tobacco products, has limited addictive potential and that higher doses are safe and well-tolerated,” it said. “Despite this, stop-smoking medications have maintained lower nicotine levels in their products.”

There is something wrong here, isn’t there? I mean with this passive-voice rendering of what has gone on. Smoking medications don’t maintain lower nicotine levels as is suggested. People maintain those levels through regulation and/or manufacturing processes—or perhaps simple inertia.

So given that evidence has been found that nicotine on its own, outside of tobacco products, has limited addictive potential and that higher doses are safe and well tolerated, it is clearly time that those responsible for the lower levels of nicotine in these products make New Year’s resolutions to stop doing whatever it is that they are doing to maintain this situation.

And I don’t think it is unreasonable to extrapolate the university’s lessons to take in vaping. After all, the evidence is clear that, as above, nicotine on its own, outside of tobacco products, has limited addictive potential and that higher doses are safe and well-tolerated. I say this because, despite what the U.S. Food and Drug Administration may deem or dream up, vapor devices are not tobacco products.

I think that those people who claim that vaping with a nicotine e-liquid is addictive should resolve to stop doing so until they have proof that it is so. And those people, such as those at the EU Commission, who insist on maintaining unnecessarily low nicotine concentration levels in respect of e-liquids (no, it’s not the e-liquid manufacturers that maintain those levels) should quit this habit, if they can.

In fact, I think that all of this could be covered with one resolution. We should all resolve to tell the truth—even at the cost of friendships. 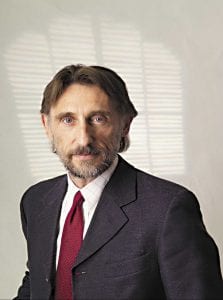