The acting FDA commissioner’s assurances notwithstanding, the measures being contemplated against the U.S. vapor industry could amount to a de facto ban.

The U.S. vapor industry almost imploded when President Donald Trump announced that he had directed his administration to ban flavored e-cigarette products.

Due to the rash of public health scares linked to vaping, the president found it necessary to act by suggesting that the federal government has a role in bringing on the next nationwide prohibition—nicotine is now the target.

Shortly after, however, acting Food and Drug Administration (FDA) Commissioner Ned Sharpless dispelled this notion by clarifying that the public health agency is not banning flavored e-cigarettes outright.

Before a congressional subcommittee, Sharpless clarified that the agency’s directive is to enforce existing laws. However, given that the FDA is compelled to remove from the market modified-risk products that fail to secure marketing authorization through the premarket tobacco product application (PMTA), the move could amount to a de facto prohibition.

During the administration of former President Barack Obama, the Tobacco Control Act of 2009 came to life, granting the FDA power to regulate tobacco and nicotine products. The same law additionally created the PMTA regulatory pathway.

“This policy would prioritize the FDA’s enforcement of premarket authorization requirements for nontobacco flavors,” Sharpless wrote to a House Energy and Commerce subcommittee.

He reaffirmed that “[the] FDA is not ‘banning’ flavors as has been described in some news reports. Instead, [the] FDA intends to enforce an existing law that limits the marketing of such products.”

The PMTA pathway requires firms to submit approval for all new tobacco and nicotine-containing products. When the FDA began rulemaking, it treated the vapor category relatively leniently by pushing the compliance deadline several years out. The FDA has the right to review the packaging, proposed marketing and the modified-risk characteristics of a product.

Upon acceptance of a PMTA, the agency allows the phased-in entrance to the market for the approved brand. A good part of the coming federal “ban” would be finalizing the PMTA compliance policy.

Even without the current outrage over electronic nicotine-delivery systems, the FDA would still have to formalize the PMTA policy and begin enforcing compliance by May 2020.

In July, a federal magistrate in Maryland ordered the FDA to expedite the regulation of electronic nicotine-delivery systems, accusing the agency of being too lenient on the industry. The ruling has created uncertainty for the entire industry, especially for smaller firms with limited resources.

The FDA then published in the Federal Register a proposed final guidance policy for the PMTA submission and recordkeeping policies. The proposed rules are open for public comments through Nov. 25, 2019.

Note, however, that one of the primary criticisms of the PMTA pathway is that it is cost prohibitive and designed for larger firms. This latest guidance policy recognizes that the compliance policy will cost millions despite efforts to discount the total price.

“The proposed rule would create cost savings for firms and for [the] FDA by reducing the number of follow-on submissions for PMTAs (i.e., additional PMTAs submitted for the same product(s) after [the] FDA refuses to accept or file or issues a no marketing order in response to an initial PMTA),” the FDA states as part the proposed rule’s cost analysis.

At this point, though, annualized costs remain in the millions over some time. Under the existing PMTA framework, the industry can expect the removal of many products from the market virtually overnight, potentially killing thousands of firms. Though not a “ban,” the compliance policy will still force a mass exodus. Analysts fear the policy will cost jobs, diminish product accessibility and, eventually, reduce product quality.

The odds are stacked against the vapor business. Jurisdictions all over the United States have implemented bans on flavored nicotine liquid. On top of that, some jurisdictions have prohibited vapor products altogether.

The restrictions could monopolize the vapor market. Only firms that already control significant shares of the vapor market will be in a position to comply with the strict regulations.

Juul Labs, for instance, is a highly valued firm with valuations in the billions. Amid the growing number of bans in the United States, the company has proclaimed its eagerness to comply—not necessarily out of enthusiasm but because, unlike many of its competitors, Juul Labs has the financial resources to do so.

Without balance, the proposed measures will amount to prohibition. 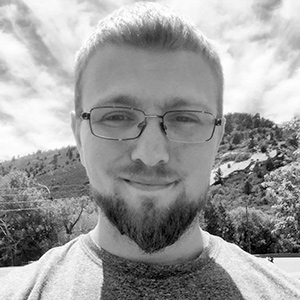