In the vaping debate, falsehood flies and the truth comes limping after it

For those of us who support the public health strategy of tobacco harm reduction, it has been a tough few months. Several crises emerged suddenly and the boundaries between them have become blurred: an outbreak of severe lung injuries and deaths, a sharp rise in youth vaping in the United States and the claim that e-liquid flavors are the problem and should be banned.

The satirist Jonathan Swift summed it up pretty well in 1710:

“Falsehood flies and truth comes limping after it so that when men come to be undeceived, it is too late; the jest is over, and the tale hath had its effect; like a man, who hath thought of a good repartee when the discourse is changed, or the company parted; or like a physician, who hath found out an infallible medicine, after the patient is dead.”

What can be done? Falsehood has certainly flown, but could the truth at least break into a jog? Let us examine these crises and try to determine what is true and what is false.

As of early December, 2,291 vaping-related lung injury hospitalizations and 48 deaths had been recorded in the United States. Many have assumed nicotine e-liquids are implicated. Because the problem emerged in a specific place (the United States) and at a specific time (from July 2019), it was already clear in July 2019 that this was a specific supply chain problem. It had not affected vaping before and had not affected the millions of vapers in the rest of the world. It soon emerged that the cases were dominated by specialized vapes used for cannabis THC oil. The focus should, at that point, have narrowed to the illicit THC vape suppliers with a clear message exonerating commercial nicotine liquids. Instead, major public health agencies became “merchants of doubt,” maintaining that any vapor product was suspect. However, the chance of a parallel problem occurring in the legal and regulated nicotine e-liquid supply chain at the same time, in the same geography and with the identical symptoms is vanishingly small.

A minority of the users afflicted had denied or refused to confirm use of THC, so there was some doubt. Of course there was doubt! People do not readily admit to using illicit substances because it can get them into trouble with parents, at school or college, or with their employer. Whenever actual tests were done or when users were pressed harder to tell the truth, THC vaping reliably emerged.

The mystery doesn’t end there because THC oil itself is not the issue—there are many THC vapes that do not cause this problem. The investigation narrowed further to identify vitamin E acetate as one likely cause. This is used as a thickener to cut expensive THC oil for economic reasons. This is a lipid, a fatty substance that can have exactly the effect on the lungs that has been seen. There is no question of this being added to nicotine liquids. It is not soluble in nicotine liquids and would serve no purpose as there is no reason to thicken nicotine liquids.

The truth: The lung injuries are a serious problem, but they are nothing at all to do with commercially available nicotine e-liquids. The ultimate problem here is a black market supply chain opportunistically experimenting with novel and untested formulations with no accountability for health consequences. To pretend otherwise is to cause three harms: sending a diluted and contradictory message to THC vapers that may put more lives at direct risk; frightening regular nicotine vapers back to smoking and smokers away from vaping with longer term health consequences; and promoting bad policy responses, like flavor bans, that will tend to increase black market activity and make the problem of adulteration in the supply chain more likely and vaping more risky.

There is a youth vaping epidemic: true or false?

The falsehoods here lie in the interpretation of the headline statistics—what you see if you drill down into the data. First, the headlines. In the United States, vaping among high school students rose from 11.7 percent in 2017 up to 20.8 percent in 2018 and on to 27.5 percent in 2019. A dramatic rise by anyone’s standard and undoubtedly a cause for concern.

But there are three other factors to consider in a drill down. The headline figures refer to any use of an e-cigarette, even a single puff, in the past 30 days, so what is the breakdown between infrequent and frequent use? How many of the frequent vapers also use other tobacco products? For them, vaping may be beneficial. The rise in youth e-cigarette use has been described as an “epidemic of nicotine addiction.” How many show signs of dependence?

The data to address these questions is only available for 2018, but this breakdown of the headline 20.8 percent vaping figure provides a useful illustration:

First, most adolescent vapers (72 percent) are not frequent users and therefore provide less reason to be concerned. Second, most of the frequent adolescent vapers (90 percent) were already tobacco users. Only 0.6 percent of high school age vapers are both frequent users and have no prior history of tobacco use—and it is also important to recall that smoking is much more harmful than vaping, but in 2018, 13.9 percent had used any combustible product in the past 30 days. Smoking remains the bigger problem.

Turning to the third question of dependence, the analysis of U.S. youth e-cigarette data by epidemiologists Martin Jarvis and colleagues (Epidemic of youth nicotine addiction? What does the National Youth Tobacco Survey reveal about high school e-cigarette use in the USA?) shows little sign of teenage vaping uptake causing nicotine addiction.

“Data from the National Youth Tobacco Survey do not support claims of a new epidemic of nicotine addiction stemming from use of e-cigarettes …. Among current e-cigarette users who had never tried tobacco products, responses consistently pointed to minimal dependence.”

The truth: Many young Americans are trying vaping, but most are not vaping frequently, and it isn’t an especially dangerous youth behavior compared to smoking, using illicit drugs and using alcohol excessively. The frequent or daily vapers are mainly those using other tobacco products. For them, vaping may be a beneficial diversion from smoking. There is reason for concern, but there should not be an overreaction.

The rise in U.S. youth vaping is driven by flavors: true or false?

At one level, it is obvious that e-liquid flavors are important—if vendors could only sell unflavored products, there would be few buyers of any age. E-cigarettes are an inherently flavored product in much the same way that pizza would not be pizza without a topping.

There is much to suggest that flavors form part of the appeal, but they are not the main reason why young people take up vaping. The story is far more complicated: The more credible academic work (e.g., see Nicksic et al. 2019) suggests uptake of vaping is driven by replacing cigarettes and by the “wider social environment.” Flavors are a factor, but they are far from the most important factor. The most recent official analysis of U.S. youth data included reasons for youth vaping uptake (MMWR Table 6). The most important reason given was “I was curious about them,” cited by 56.1 percent of exclusive e-cigarette users. “They are available in flavors, such as mint, candy, fruit or chocolate” came a distant third at 22.3 percent.

The idea of limiting flavors to just tobacco flavor would be like limiting pizza toppings to allow only a simple Marherita. In both cases, it would kill the category and shut down all the vape shops. The likely response would be an uptick in smoking, a black market in flavored products, home flavor mixing and more international internet trade. No one would gain, and many would lose.

The high score for curiosity raises an intriguing question. Has the barrage of breathless media coverage, official school-based anti-vaping campaigns, parent mobilization and political outrage actually been a stimulus for youth curiosity about vaping? Is the reaction part of the cause? We can safely assume that no one involved will fund that research.

The truth: The reasons young people take up vaping are similar to the reasons they take up smoking and can include unpredictable and largely uncontrollable fads and fashions. Vapor products would be nothing without flavors, and banning them would have a range of harmful effects and do little to protect youth from actual harms. If governments want to control flavors, they should focus on flavor descriptors and branded imagery that are aimed at adolescents, not the actual flavors themselves. 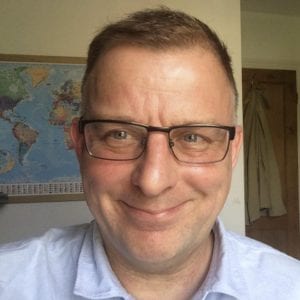 Clive Bates is the director of Counterfactual Consulting and the former director of Action on Smoking and Health (U.K.).