The effectiveness of the White House’s flavor ban remains to be seen, but it is time to adapt.

After months of speculation and anxiety, the Trump administration has finally released its final ruling on the fate of vaping. In a tepid compromise, refillable vapor products are to be left alone for the moment while closed pod systems will be restricted to tobacco and menthol flavors only.

While some in the vaping community are willing to take the win, others are hesitant to be optimistic. On one hand, many vapers hold a negative view of Juul, which accounts for a large portion of the vapor market. Juul sparked the popularity of the modern pod system and played a large role in building demand for nicotine salt e-liquid. On the other hand, the attributes that made the Juul popular among adults also found appeal among youth, and many believe that Juul’s availability, unassuming appearance and discreetness contributed to a surge in teen nicotine addiction.

The effectiveness of the White House’s decision remains to be seen, but one thing is certain: It’s time to adapt. Juul catches a lot of flak for many reasons. Juul Labs is partially owned by a major tobacco company, the Juul doesn’t offer any options for users to lower their nicotine strength (other than selling a 30 percent nicotine strength online) and many view the company’s marketing strategies as questionable. However, it’s important not to forget a time before the Juul.

Before pod systems, many e-cigarettes, including starter kits, required some instruction. Vaping required, at the very least, a passing interest in vapor technology. This alienated a large portion of smokers. Many tobacco users don’t give smoking a second thought. They stop by a gas station after work, pick up a pack of smokes and a lighter and they go on about their days. If any considered a switch to vaping, there were two options: disposables or proper vape starter kits.

While the learning curve to get into vaping wasn’t steep, the disposable option was much more appealing. Many disposables were and continue to be sold alongside analog cigarettes in convenience stores. So, the routine of buying cigarettes remained unchanged. Even though a large number of smokers tried to make the switch to vaping by using disposables, these products just didn’t satisfy in the same way that cigarettes could.

This poor experience turned many people off ofvaping since many smokers just don’t have the same interest in vaping as the hobbyist community. As such, one bad experience from a poor product, typically a disposable cigalike, cast a harsh shadow over the entire vapor industry. This all changed with Juul’s introduction to the market.

Juul offered a much better product that was convenient and satisfying. It was so popular that even mainstream vapor manufacturers tried to duplicate Juul’s success, leading to the boom in pod systems that’s been seen over the past several years. Unfortunately, this jump in quality and convenience also made vaping more accessible to minors, and while teen smoking is at an all-time low, vaping among youth has increased, according to the U.S. Centers for Disease Control and Prevention (CDC). This is where the idealist versus realist schism occurs.

Nobody wants teens to use nicotine, and while it’s not a good thing that kids are vaping, one side is pushing for the complete absence of nicotine use among youth while the other side views vaping as the lesser of two evils. However, for people who have never smoked, vaping can only increase the risk of health issues, even by a marginal amount, according to several studies. It’s difficult to determine how many vapers who have never smoked would have smoked had it not been for vaping. So, it almost becomes a philosophical question: For both youth and adults, should the end goal be to eliminate nicotine addiction completely or to accept that people will always seek out vices and to mitigate the associated risk as much as possible?

Some say this is the only true question as every issue will materialize two sides to the argument until the industry can agree on the true goal of vaping. As such, regulation and legislation will be nearly impossible to implement and enforce effectively while this issue remains so divisive. For now, the government seems to want to take the path of least resistance. It needs to show that it’s taking action after the bizarre lung injuries associated with black market THC cartridges, but it also can’t be seen crippling an entire industry in one fell swoop.

So, the ban on flavored pods is supposed to target youth in particular. The perception is that youth are attracted only to flavors, and by banning flavors in regard to the most popular vapor product among youth, the hope is that teen vaping will plummet. Only time will tell if this strategy will be effective. In all likelihood, kids will continue to vape whatever is easy to acquire, and a number of adult vapers will either seek alternatives or return to smoking. After all, underage vaping and drinking are also prohibited, but youth find a way.

What does this mean for vapor businesses? Well, it completely depends on the consumer. For stores that are more hobbyist focused, this ban may well mean absolutely nothing. These stores likely carry few, if any, closed pod systems, and certainly most don’t carry Juul. Other stores may focus more on attracting new vapers and primarily stock pod systems, starter kits and possibly a few mods or intermediate items, and this transition may prove to be more impactful.

Convenience stores may not want to deal with any of this and simply stop carrying vapor products altogether. The cumulative result of this flavor ban will likely be a net negative for vaping and public health. The selection of products just became smaller, which means there will be people who can’t find the product that kept them from smoking. Youth who developed an addiction or dependence on nicotine will now either have to stop vaping (unlikely), find another vapor product that’s easy to acquire or switch to smoking combustible cigarettes to satisfy their cravings, which would be ironically disappointing.

All hope is not lost. As a result of the closed system flavor ban, there is an obvious workaround: Make refillable pods an option. There is nothing stopping Juul or any other manufacturer from simply introducing a refillable pod and offering e-liquid as a separate purchase.

Of course, this adds an extra step of complexity to the vaping process, but this wouldn’t alienate nearly as many adult vapers compared to how many would need to find different options completely if these companies don’t adapt and start offering refillable pods. Business owners should keep their collective ears to the ground and take notice of any pod system manufacturers that start offering conversion kits or even new products. Alternatively, instead of, or in addition to, waiting for new refillable options from the current manufacturers, store owners can start stocking any of the myriad refillable pods that are already available.

In the short term, those who adapt to this change will be the most successful, and it shouldn’t be viewed as the “vapocalypse” just yet. The industry still must contend with the U.S. Food and Drug Administration’s upcoming premarket tobacco product application deadline (May 12) and possibly even more regulation. When this closed system flavor ban fails, smoking rates rise and the teen vaping “epidemic” continues, will regulators reconsider their approach to vaping regulation or double down and start banning more flavor-atomizer combinations? Only time will tell. For now, stay informed, stay vigilant and adapt. 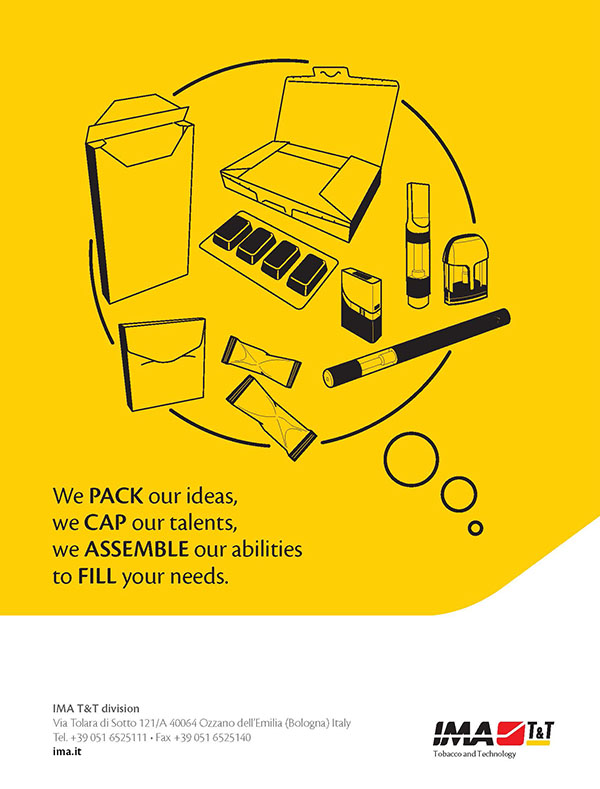