Tobacco flavors are often created by using multiple flavors brought together to taste like tobacco, but not everyone has the same taste.

The recent U.S. ban on all flavors except tobacco and menthol in pod-style devices has everyone talking about taste. To the layman, an apple should taste like an apple. According to Ray Keller, CEO of GoodCat Laboratories, “Apples don’t necessarily taste the same to everyone.” GoodCat is a major Florida-based e-liquid manufacturer, and in 2019, GoodCat produced nearly 1,000 metric tons of finished product.

Keller goes on to say that an e-liquid is basically three elements: a base mix (usually propylene glycol and/or vegetable glycerin), a flavoring and nicotine. The flavor additive can also consist of many different flavor compounds in order to create a unique or desired flavor. “Tobacco flavors, for example, can consist of vanilla, cocoa, coffee, light fruits, sweet fruits and even oak moss,” explains Keller. He says that designing flavors is all about finding an endpoint that causes the consumer to think a flavor tastes like something specific.

“For example, a client will come to us with an idea and thinks a sweet strawberry flavor will do very well in a particular market. So, we’ll design our flavor blends to produce that sweet strawberry flavor,” says Keller. “That can be easily done by our flavorist. They will pick and choose different flavoring compounds to create the flavor we want. Some of the sweetness that we use may come from one of our flavor concentrates we call Five Fruit. It can taste like five different fruits (think pears and apples). We may add some Five Fruit to a strawberry flavor that is more earthy tasting to give the new liquid a sweet, fresh-picked strawberry taste.”

Vapor Voice sat down with Keller to discuss flavorings, regulation and recent developments in the vapor industry, including raising the age to purchase tobacco products and the flavor ban instituted by the U.S. Food and Drug Administration (FDA). He goes on to explain that these are hot-button issues that are coming up now because we are in an election cycle. “Vapor has been around for more than a decade, and all of a sudden, flavor is a big concern,” remarked Keller. “Just think how much work could get done if everybody worked together and supported this life-saving industry.”

Vapor Voice: Is there any interesting detail we should know about creating a flavor profile?

Keller: Yes, and we tell our clients this. When they come to sit down with our flavorist, we encourage them to reserve a couple of days in a row and at the same time of day. Perception of taste in the afternoon is not the same perception of taste in the morning. An example: If you just drank some coffee, it will affect the way you taste. You eat celery, that affects things. So, yeah, people are not always going to be tasting something the same way all the time.

The flavors that are used to produce an e-liquid that tastes like tobacco are not necessarily tobacco flavors. The coils and temperatures of different devices change what compounds are vaporized and in which order; this causes a different taste from one device to another using the same fluid. We have one tobacco flavor that is just three flavoring compounds. We have another that is 31 compounds. You also can’t really use pure tobacco extracts from tobacco leaf because that defeats the purpose of why you are using an e-cigarette—we were finding small amounts of unwanted chemicals in leaf-based flavor extracts.

How would the FDA regulate a flavor? Who is the judge on what tobacco tastes like?

This is very subjective. Somebody is going to say, “no, not tobacco.” They are either going to base it on a specified list of ingredients and/or percentages, or they are going to base it on what they taste when they sample it. So, it’s going to be a subjective thing. Would the FDA even taste a product to decide if it tastes like tobacco? I doubt that.

Let’s be honest. I don’t really know how they would do it unless they look at a list of ingredients and percentages. And OK, you’ve got vanilla in there at 3 percent. Well, maybe if you had vanilla at 10 percent, they may say that’s not tobacco. You need guidance, right? You need some kind of parameter. I want to know who’s going to write that guidance, and when do we get it?

That begs the question: What do you think a tobacco flavor should taste like?

There are so many different tobaccos. Every tobacco has a very distinctive flavor to it. Then there are the Virginia, Connecticut, Oriental [and] burley … tobaccos [that are] grown in different soils and climates [and] taste different too. For example, tobacco grown in Cuba tastes different from tobacco grown in Canada (yes, they grow tobacco in Canada). These all have their own flavors, and then they are modified with casings, and every brand could have its own special blend. So, there could be hundreds, if not thousands, of different tobacco flavors that have just slight differences in flavor.

Do you see that happening in the e-liquid market post-May 12?

I see everybody keeping their own tobacco flavors that they are running through the premarket tobacco product application (PMTA) required by the FDA for any product on the market after May 12, 2020. I guess that really matters because … it’s got flavoring and glycerin and nicotine. That’s all it’s got. Regulators will look at flavoring combinations, and somebody’s got to say, “this tastes like this.” I don’t know who is supposed to make that call. Again, who at the FDA is going to say what tastes like what?

Let’s say one company’s formulation doesn’t fall under this new definition of what a tobacco flavor is supposed to be. It certainly has been sold as tobacco, it tastes like tobacco, but it doesn’t meet this hypothetical standard. I just see a very bumpy road coming up here. These definitions must be made, and they have to be made with some reasonable method to make them. And then there are going to be those that don’t make the cut and there are going to be lawsuits.

Fair point. So, who should decide what is and isn’t a tobacco flavor?

To answer that, let’s remember the story about this old senator when he was asked about pornography. “Here’s a picture of a naked woman and here’s a picture of a woman in lingerie. At what point does this become pornography?” [someone asked]. He answered, “Well, I can’t really answer that question directly, but I know it when I see it.” So, that is probably what is going to happen with flavors.

What do you think might be an unintended consequence of the flavor ban?

It’s entirely possible that the flavor ban will force some to use the tobacco-flavored fluids and in effect cause them to develop the acquired taste that is tobacco. In short, banning flavors will teach some teens to like tobacco, moving them one step closer to combustibles. Whereas, if someone was vaping a fruit flavor, like watermelon or berry, chances are they would think combustibles smell really bad and wouldn’t get near them.

What are your thoughts on limiting the amount of nicotine in e-liquids, much like the U.K. has done?

I’m going to tell you, buddy; I would be fine with lowering nicotine levels. I think a lot of youth vaping is a function of the buzz you feel when you vape a 50 mg blend. One hit, you get a buzz, and little to no vapor is exhaled, making it fairly stealthy. Now, limit the nicotine level to 20 mg and you will need a few puffs to get a buzz, increasing the chance you may be caught due to the exhaled vapor hanging in the air.

Do you think Tobacco 21 was the right way to curb the recent uptick in youth use?

Listen, I get it, it’s a complicated situation. However, someone at 18 is old enough to put a rifle in his hand. Well, if that same 18-year-old wants to vape … why can’t he make that decision? He can vote. He can move to another country. Now with 16-year-olds, no guns for you, no voting and you shouldn’t be vaping.

I don’t know, man. I’m a veteran myself. If you’re going to ask a man to lay his life down, then you shouldn’t be trying to raise him like he’s your child. You should leave him alone. You shouldn’t nitpick. Yes, drugs like heroin should be illegal, but nicotine is not heroin, no matter how much the anti-vapor zealots of the world want to tell us it is.

Does the flavor ban have any type of impact on GoodCat Laboratories’ business?

We have put ourselves in a position where we are safe. We don’t have to worry about market fluctuations. We’ve got large clients, global clients that are very consistent with their orders. And even with the flavor ban here in the U.S., there’s still a big world out there that believes flavors are okay.

Is there anything final you want to say?

Yes. I just wanted to say that I think there is enough common sense within these decision-makers, regulators and government officials. I believe they see there is a benefit to e-cigarettes—that they’re better than lighting up a combustible cigarette. I think there’s a little common sense going on there, so I don’t think they want to get rid of them all. The vapor industry is going to be here for a very long time. 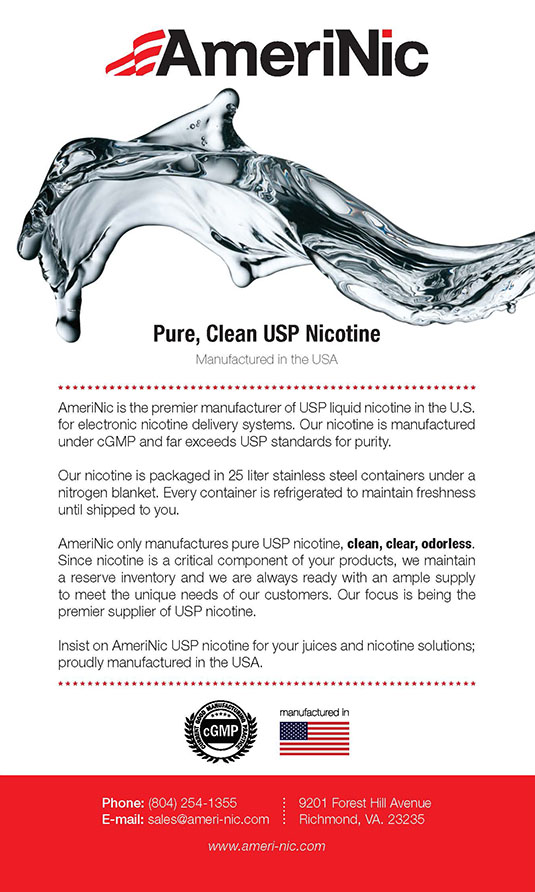 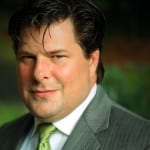 Timothy S. Donahue is the co-founder and managing editor of Vapor Voice.

Timothy spends much of his time on the road, attending conferences and interviewing industry representatives.

His networking skills, work ethic and quick mind are valuable assets to our diverse audience.