Doctors often recommend Chantix to their patients who smoke, but the drug has a long history of serious side effects.

Smokers have always been at a higher risk of heart and lung disease, but the Covid-19 pandemic has made quitting combustible cigarettes even more urgent. Cigarette smoking is a cause for concern because smoking inhibits the body’s ability to heal from infections such as the coronavirus, says Michael Siegel, a Boston University School of Public Health professor with more than 30 years’ experience in tobacco control, including two years at the U.S. Centers for Disease Control and Prevention (CDC) Office on Smoking and Health.

While the U.S. Food and Drug Administration (FDA), the CDC and the media often denigrate and vilify e-cigarettes, the drug varenicline, sold as Chantix, continues to fly relatively smoothly under the radar screen. When searching Google for e-cigarettes, you’ll get a whopping 386,000 results, including the predictable articles about youth e-cigarette use. In contrast, a search for Chantix nets only about 7,000 results, including a new study (read on to learn more) the authors use to promote its supposed safety and support the FDA decision to remove its black box warning.

Search on the CDC site for Chantix and you’ll get only 66 results versus over 2,200 for e-cigarettes; the top results for e-cigarettes mention “pulmonary disease,” “lung injury” and “youth tobacco use” even though e-cigarettes contain no tobacco. In contrast to nearly 3,300 results for the search term e-cigarette, the FDA site also only lists 78 results in a search for Chantix, and the top result is an update on their September 2016 decision to remove the boxed warning based on the conclusion that the “risk of serious side effects on mood, behavior or thinking is lower than previously suspected.”

Approved under the brand name Chantix in 2006 for smoking cessation, the drug varenicline originally carried a label warning consumers of the risk of suicide and other psychiatric problems, including depression and mania, psychosis, hallucinations, paranoia, delusions, homicidal ideation, aggression, hostility, agitation, anxiety and panic as well as suicide and suicidal ideation and attempt.

By the end of 2007, the Institute for Safe Medicine Practices (ISMP), a nonprofit medication watchdog, reported that Chantix was responsible for more reports of serious drug adverse events than any other drug in the U.S. “Data show that varenicline, ‘Chantix,’ continues to account for more cases of suicidal, self-injurious or homicidal thoughts than any other therapeutic drug from 2007 through 2013 Q3—more than three times as many as the second-ranked drug,” the ISMP reported.

The FDA finally added its strongest black box warning in July 2009 after receiving 153 reports from doctors who were deeply concerned when their patients suddenly started exhibiting suicidal behavior.

By the fall of 2013, Chantix was associated with 2,748 adverse events (14.8 percent of all cases), including 293 suicides, 490 attempted suicides and many other cases involving self-injurious behavior or homicidal ideation—more than any other medication sold in the U.S. The ISMP ultimately recommended that “patients and doctors exercise caution in the use of varenicline and consider the use of alternative approaches to smoking cessation.”

CLASS-ACTION LAWSUIT FLIES UNDER THE RADAR

Not surprisingly, these adverse events spurred thousands of lawsuits by families of loved ones who suddenly and inexplicably took their lives while on Chantix. In March 2013, Pfizer, the drug’s maker, settled 80 percent of these lawsuits out of court for an estimated $273 million.

What’s odd is that any reports of adverse events associated with Chantix end then and there. Try searching for how and when the other 20 percent of lawsuits have been resolved or the latest statistics on how many attempted or successful suicides or homicides have taken place over the last six years, and the trail runs cold.

However, it’s easy to uncover the fact that Chantix has been linked with a host of neurologic or cardiac risks, including blackouts, convulsions and impaired vision. Due to these and other well-known psychological side effects, the Federal Aviation Administration banned pilots and air traffic controllers from using Chantix; the Department of Defense and the Department of Transportation also disallow its use by missile crews, armed military personnel, police, fire and emergency professionals and anyone in a “sensitive” occupation.

Yet it recently became even easier to buy Chantix—as of 2019, at least 12 states now enable consumers to purchase the drug without a doctor’s prescription. Between 2013 and 2018, the cash price for Chantix increased by 106 percent. Pfizer reported that U.S. sales were $899 million in 2019, up 7 percent from 2018. But another development may make the drug even more accessible and affordable: Pfizer’s patent protection expires in May 2020, so a generic version could potentially be available as early as this June.

Not surprisingly, Pfizer is seeking a court order to block copies of its drug until all its patents have expired—including those set to expire in November 2020, November 2022 and February 2023.

Back in September 2016 when the FDA’s advisory committee met to review the black box label on Chantix, the meeting got quite contentious. There appeared to be much disagreement over whether to remove the boxed warning. Indeed, of the 19-member panel, five actually recommended strengthening the label and four recommended a language change.

But most suspicious was the evidence used to remove the black box warning: The voting members of the panel were presented with an April 2016 clinical trial paid for by Pfizer. Even the FDA noted a number of violations in Pfizer’s clinical trial protocols, including inconsistencies in source data, missing documents and safety assessments, and failure to record adverse events.

Plus, the personnel who performed the diagnostic interviews and mental health evaluations failed to meet the most basic professional qualifications. In fact, six of the 10 authors worked for either Pfizer or GlaxoSmithKline, maker of Zyban, a brand of antidepressant bupropion that is used as a quit smoking aid, while three, including the lead and second-named authors, were regular consultants paid to promote Chantix. The study was so poorly done that the FDA’s Office of Scientific Investigation determined that “it was neither feasible nor possible to attempt to adjudicate the cases based on the provided information,” concluding that “[Pfizer’s] investigator assessment of relatedness has been altogether disregarded.”

A more recent study reported in February 2020 in Addiction Magazine sought to assess Chantix’s relative cardiovascular and neuropsychiatric adverse effects in adults with no history of depression. Lo and behold, the retrospective study of over 600,000 adults found there was a 20 percent lower risk of of developing cardiovascular and neuropsychiatric adverse effects using Chantix when compared with the use of  nicotine-replacement therapies (NRTs) such as nicotine patches and gums, and a 35 percent lower one-year risk of neuropsychiatric hospitalization when compared to patients using NRTs.

Interestingly, NRT was chosen for the comparison group “because it is the oldest, least expensive treatment, often available without prescription,” according to the authors. However, of the quit methods used, 35 percent of the subjects had substituted some regular cigarettes with e-cigarettes, and 24 percent had switched completely to e-cigarettes (a total of 60 percent) while only 25 percent used nicotine patches or gums.

The most obvious problem with this study is that it excluded anyone with a history of depression. Indeed, even the authors had to include these caveats: “The exclusion of patients with a diagnosis or treatment for depression limits the external validity of our results.”

“This study does not necessary demonstrate the safety of Chantix among people with baseline depression,” said Siegel. “It is possible that the suicidal ideation that seemed to be precipitated by Chantix in some cases occurs specifically among people with pre-existing depression.”

And one must question why the authors chose to compare Chantix with less popular quit methods while neglecting to include comparisons with e-cigarettes. “It only compared Chantix with NRT therapies but excluded the millions of people who have switched to e-cigarettes. The comparison would have been enlightening,” Siegel said.

Has Chantix been effective in helping people quit smoking? A study reported in the National Institutes of Health, called “Diminishing benefit of smoking cessation medications,” found that only 18.7 percent of people treated with Chantix remained abstinent from smoking after one year.

Even NRT, notoriously ineffective for long-term smoking cessation, was more effective. “There is no clinical trial directly comparing e-cigarettes with Chantix,” Siegel said. However, he cited a clinical trial published in the New England Journal of Medicine last year that reported a 20 percent quit rate with e-cigarettes—a similar rate to Chantix. “I would say that the best evidence at the current time suggests that e-cigarettes and Chantix are probably comparable in their efficacy in helping people quit smoking,” he said.

While there are no studies comparing Chantix and e-cigarettes, a study published in February 2019 in the New England Journal of Medicine that was funded by the National Institute for Health Research and Cancer Research U.K. compared e-cigarettes with NRT. Of the 886 participants, 18 percent who used e-cigarettes achieved abstinence from smoking one year later compared with only 9.9 percent in the NRT group.

Their conclusion? “E-cigarettes were more effective for smoking cessation than nicotine-replacement therapy when both products were accompanied by behavioral support. Switching completely from cigarette smoking to e-cigarette use would be expected to reduce risks to health.”

Unfortunately, it may take a long time before physicians and the public health community recommend e-cigarettes over Chantix to patients who want to quit smoking. The American Lung Association launched a “Quit, Don’t Switch” campaign earlier this year. Drawing a hard line that ignores the potential harm reduction offered by NRT and e-cigarettes, the site states, “Switching to e-cigarettes does not mean quitting. Quitting means ending your addiction to nicotine.”

“E-cigarettes should be recommended to smokers who are unable or unwilling to quit by themselves or with Chantix or any other method—and that’s the majority of smokers,” said  Konstantinos Farsalinos, a cardiologist, clinical researcher with the Onassis Cardiac Surgery Center in Athens and often-quoted expert on e-cigarettes.

“In a real-world setting, I think it is important to approach smoking cessation on an individual level beyond the results of any randomized trials. But most doctors discourage e-cigarette use to those who are unable or unwilling to quit with Chantix,” he said. “Even worse, they discourage vapers who have already quit smoking from using e-cigarettes. The end result is that many of them relapse to smoking.” 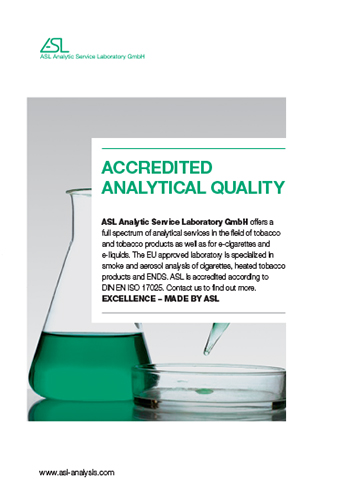 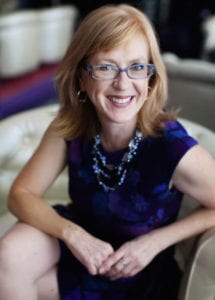