Rather than imposing new features into a familiar system, the SnowPlus line offers both new and improved and tried and true variants of the same system.

As the popularity of pod-style vaporizers and e-cigarettes continues to rise despite regulation, many newcomers to the vapor industry are materializing. SnowPlus is one such company, with an offering of two different pod systems in the SnowPlus line. While similar, each system offers its own set of benefits and drawbacks, depending on personal preference. Both the SnowPlus Pro and SnowPlus Lite are outstanding examples of what a pod system should be, offering convenience and performance with minor tweaks to suit many types of vapers.

The SnowPlus line consists of the flagship SnowPlus Pro and the slightly smaller SnowPlus Lite. While the SnowPlus Lite represents the pinnacle of current vapor technology, the SnowPlus Pro pushes the boundaries with features like haptic feedback and fast USB Type-C charging. Both are compatible with all the pods that SnowPlus offers and are capable of standing on their own merit in terms of quality.

So, what makes them different? The SnowPlus Pro is generally more robust. It’s heavier, longer and has a larger battery capacity at 450 mAh. It features a “soft-touch” coating that feels somewhat like a hybrid of rubber and metal. It’s durable and able to withstand above-average wear and tear without so much as a scratch. It also features haptic feedback, with a quick vibration indicating that a new pod has been successfully installed. The SnowPlus Pro is also one of the only pod systems on the market to incorporate USB Type-C charging.

While this has been a common feature on mobile phones and other technologies for several years, the vapor industry always seems to lag a bit. Not only can the USB charger be inserted in either direction as the charging port and connector are symmetrical, but it can also charge a fully depleted battery to a full charge in under twenty minutes.

That’s impressive considering most pod systems still using micro-USB connections can take up to an hour to charge even with smaller battery capacity. This is a huge upgrade for anyone who’s ever had to charge their battery halfway through the day. A full charge can be achieved on a lunch break or during a daily commute—anywhere there is an open USB port to utilize. In terms of vaping quality, the SnowPlus Pro has a significantly more open airflow compared to the SnowPlus Lite but is otherwise very similar in terms of vapor production and throat hit.

This variant is much more akin to other common pod systems, and this is due mainly to the use of aluminum rather than zinc in the manufacturing of the body. Rather than a soft-touch coating, the SnowPlus Lite features the more common anodized coating that’s found in many other vapor products.

The charging port utilizes a micro-USB connector, so charging times are more in line with what can already be found on the market. A full charge is expected to take between 45 minutes and one hour. Additionally, the haptic feedback is absent on the SnowPlus Lite, and the airflow is noticeably more restricted than the SnowPlus Pro.

As mentioned above, both models use the same pods, of which several varieties are available. All pods contain 1.5 mL of e-liquid, which is on the larger end of the spectrum when it comes to pod systems, and all are installed by easily sliding the pod into the top of the battery. A magnet holds the pod in place securely, and an LED on the battery activates to confirm that a connection has been made.

Unlike many other pod systems, SnowPlus also offers a nicotine-free line with extracted caffeine. These flavors are based on coffee, tea and other caffeinated beverages. While it’s refreshing to see a 0 percent option, it would be better if some were offered without nicotine or caffeine and particularly if a tobacco-flavored option was offered for the U.S. market. Again, at the time of this writing, direct ordering of nontobacco flavors is an option.

Finally, and perhaps most uniquely, is the “smokeless” line of pods. As any vaper knows, all vapor products are smokeless, but what SnowPlus is trying to imply is that these pods are vaporless, and yes, classic tobacco is an available flavor. These are available in a nicotine strength of 1.5 percent and are perfect for discreetly vaping in places where clouds of vapor would be irritating to others or inappropriate in general.

Historically, vaporless e-liquid is appealing to a very niche market, but the option is very much appreciated. Vaporless e-liquid is more often used by vapers as needed rather than being the primary preference, meaning that it can be appealing to every SnowPlus user but not for every situation. After all, much of the appeal of vaping stems from its similarity to smoking, and without vapor on the exhale, the experience can feel lacking.

Overall, the pod selection is vast, but filling out each line to include every nicotine strength in every flavor, including classic tobacco, would be a welcome improvement. Many pod systems simply do not offer a way to decrease nicotine consumption if the goal is to wean oneself off nicotine completely.

If SnowPlus even were to offer their classic pods in the four strengths already available—0 percent, 1.5 percent, 3 percent and 5 percent—this would offer a linear decrease in nicotine strength that isn’t generally seen in pod systems. Given this criticism, SnowPlus does seem to offer the most choices when it comes to nicotine strength compared to the competition, and if taken further, it could be a great model for other manufacturers of pod systems to follow.

When it comes to the actual vaping quality of the pods, SnowPlus is among the best. Each pod uses a ceramic heating element rather than the more traditional wick and wire. On paper, this produces a better throat hit and better nicotine absorption due to finer vapor particles. In practice, this isn’t very noticeable, and the true benefit to this wicking and heating system is consistency.

These pods do not leak or gurgle, and they produce consistent vapor from start to finish, which are perhaps the biggest benefits of ceramic. Remember, pod systems appeal to new users and nonenthusiasts because of their simplicity and effectiveness. Leaking or spitback are among the most common turnoffs for new vapers and can be the sole reason a person can’t stick with vaping. It’s a small thing, but the ramifications shouldn’t be discounted or underestimated.

The SnowPlus Pro offers an airier draw that allows for quick drags without sacrificing vapor production while the SnowPlus Lite features a tighter draw more reminiscent of a full-flavor analog cigarette. Both benefit from a quick primer puff to activate the automatic switch and make sure the heating element is producing vapor for the entirety of the drag.

As with any pod system, it takes a few drags to acclimate, but beyond that, the learning curve is nonexistent. The airflow is smooth, and the vapor is produced easily, but the difference in airflow between the SnowPlus Pro and SnowPlus Lite is significant, and each user will have his or her preference as to which is better.

Overall, both the SnowPlus Pro and SnowPlus Lite are great for what they are. The SnowPlus Lite plays it safe and doesn’t offer anything out of the ordinary but can hold its own against the best pod systems currently available. It’s familiar and appealing to anyone who is comfortable using a pod system.

The SnowPlus pro pushes some new technology, and while innovations like haptic feedback aren’t particularly useful (albeit new and interesting), USB Type-C charging is a minor godsend. As other technologies adopt USB Type-C, spare micro-USB cables are becoming rarer and rarer. It’s nice to be able to charge a pod battery and a cell phone with the same cable, not to mention the vastly improved charging time.

Rather than imposing new features into a familiar system, SnowPlus has simply offered both new and improved and tried and true variants of the same system, and it’s the smart play. New technology can appear to be gimmicky until widespread adoption takes place, but that should never stifle innovation.

The SnowPlus Pro and SnowPlus Lite are both worth carrying for this reason. Both are quality vapor products that have much to offer despite both the innovation and familiarity of the SnowPlus Pro and SnowPlus Lite, respectively. People are still in the market for new pod systems even with the restricted flavor availability, and now could be an opportune time to highlight quality and innovation to try to fill that void. 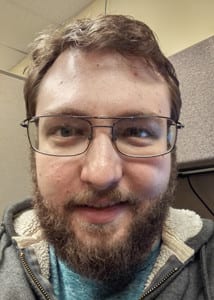