Vaping is a safer alternative to smoking, according to a Hong Kong health advisory group. The Hong Kong Legislative Council (Legco) has suspended all discussions on a proposed ban on vaping products. Legco says the products provide smokers with safer smoke-free alternatives.

Legco’s Bills Committee on Smoking announced it had ceased discussions over the proposed ban on electronic cigarettes, heat-not-burn tobacco products (HTPs) and other electronic nicotine delivery systems on June 2, according to a press release.

The committee ended its work after nine meetings, including three public hearings, since it was established in March 2019 to tackle the bill that aimed to amend the Smoking Ordinance and impose a blanket ban on vaping or the use of e-cigarettes, HTPs and the likes.

Hong Kong’s vaping ban was strongly opposed by some members of the committee who cited scientific studies showing that e-cigarettes, HTPs and the likes have much lower levels of toxicants compared to combustible cigarettes. 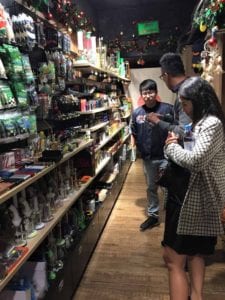 IQOSER, a heated tobacco concern group in Hong Kong, said the end of discussions on the proposed ban on HTPs could hopefully bring lawmakers’ attention to the more important task of addressing the smoking problem. “Smoking incidence remains at more than 10 percent in Hong Kong, which means a tenth of our population is exposed to the health risks brought about by toxicants found in tar, the by-product of tobacco smoke,” said Joe Lo of IQOSER, which is also a member of the Coalition of Asia Pacific Tobacco Harm Reduction Advocates (CAPHRA).

“As we have been saying all along, nicotine is not the problem, but the smoke, which is responsible for thousands of deaths globally each day. Unlike combustible tobacco, e-cigarettes and HTPs do not involve combustion or burning, because they only heat tobacco to a certain degree that is not harmful to humans,” said Lo.

Nancy Loucas, Executive Coordinator of CAPHRA, noted that Hong Kong, like Japan and Korea, has a high number of former smokers who have switched to reduced-harm products, such as heat-not-burn (HnB) devices.

“It was pleasing to see that some of the officials involved in the process to decide the fate of the products strongly opposed the ban based on science that proves that [HnB devices] have a lower level of toxicants compared to cigarettes, whilst addressing the concerns of creating black market in illicit trade in the products,” Loucas said.

In Hong Kong, many heated tobacco users were forced back to combustible tobacco because of the inability to access the product in the past year, according to Loucas. “Others, with the means, have risked being caught buying through illicit channels. Legislators such as Peter Shui, Raymond Chan and Cheng Chunt-tai, have repeatedly argued that a ban was neither logical nor feasible. More importantly, all three pointed out that adult smokers should not be deprived of the right to choose tobacco harm reduction,” she said.

Asa Ace Saligupta, who runs consumer group ENDS Cigarette Smoke Thailand, said the country should follow the lead of Hong Kong in putting to rest the discussions on vaping ban. “Lifting the ban on e-cigarettes, HTPs and the likes will provide Thai smokers representing more than 20 percent of our population an opportunity to switch to reduced-risk alternatives. At present, nearly 40 percent of Thai males are at risk of suffering from illnesses caused by the smoking epidemic,” he said.

Stephanie Thuesen, director of stakeholder engagement at The Progressive Public Health Alliance, said any restrictive policy on e-cigarettes and HTPs will exacerbate the smoking problem as this will discourage smokers from switching to reduced-risk alternatives. “Tobacco harm reduction should be viewed as a progressive health policy by all countries to put an end to the smoking problem,” she said.

Kulthida Maneechote of SmokeFree4Life campaign asked tobacco harm reduction advocates and vapers to unite against bans and restrictive policies imposed by countries based on alleged lies fed by the World Health Organization to deprive smokers of less harmful alternatives.

“Let us challenge the fallacies and unscientific guidelines being spread by the World Health Organization on electronic cigarettes especially with the upcoming WHO Framework Convention of Tobacco Control (WHO FCTC) in November this year [the convention has since been cancelled for 2020]. If left unchallenged, e-cigarettes might be banned by governments altogether. This will put many smokers at risk of not being able to choose a better alternative,” she said.