Scaremongers are using the pandemic’s powerful backdrop of anxiety to spread fear among vapers.

Offensive as it no doubt appears to most people, it is clearly the case that while the SARS-CoV-2 pandemic is devastating lives around the world, it is also providing opportunities for those cynical enough to take advantage of it. When I say opportunities, I don’t mean those that open up new areas of research and robust debate necessary in the fight against Covid-19, the disease caused by the SARS-CoV-2 coronavirus, and the prevention or amelioration of future pandemics. I mean those, for instance, that allow people to make unseemly profits by trading in personal protective equipment currently in short supply, or to push as universal truths their unproven, sometimes reckless ideas, often in disingenuous ways.

The opportunity that I am most concerned with here is that being taken up by some of those opposed to people smoking tobacco or vaping nicotine. By now, we have all seen the stories about how smoking and vaping can lead to worse outcomes in the case of smokers or vapers contracting Covid-19. But at this stage of the pandemic, when we are still learning about the virus, you don’t have to be a scientist or even terribly smart to figure out that such stories must be based on speculation rather than evidence. There hasn’t been the time to gather irrefutable proof. The people who peddle these stories are clearly using the pandemic’s powerful backdrop of anxiety to spread fear among smokers and vapers.

But if you can step aside from this anxiety (not easy if you are a smoker or vaper, I admit), you notice something odd about the message being given out by the anti-smokers and anti-vapers. Basically, they are saying that if you don’t give up your habit, you will contract a terrible disease and possibly die. This, of course, is the same message they have been giving out all along, before the onset of the pandemic. So what has changed with the arrival of Covid-19? Why the emphasis at this time? Well, the messengers are taking advantage of the fact that Covid-19 has potentially changed death’s timeframe. What is being pointed up here is that while it takes a long time to die from a smoking-related disease, or many other diseases, it takes but a short time to die from Covid-19. So surely, the lesson to be learnt here is not to quit smoking or vaping, but not to contract Covid-19. Basically, smokers and vapers are in the same boat as everybody else. 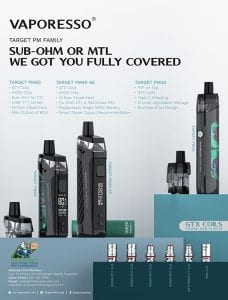 Or not the same boat, but weathering the same storm, because everybody has a different risk profile when it comes to Covid-19. It is too simplistic to lump smokers and vapers into one or two separate categories. What we have learned so far is that the high-risk categories that were useful guides at the outset of the pandemic need to be subdivided to take into account a myriad of factors. And interestingly, one of the most important factors will perhaps turn out to be the “loading” of your exposure to the virus. That is, if you are a front-line health worker the chances seem to be that you carry a much greater risk of contracting Covid-19 than other people not so exposed. In speculation that perhaps mirrors the passive-smoking debate, the idea that you can contract the virus from walking past an infected person in the street is tending to be played down.

It is interesting that the pandemic has put the spotlight on a number of important issues that in normal circumstances get little—certainly not enough—airing. Foremost among these must be the relationship between human and non-human animals, because this relationship, controlled almost entirely by humans, goes right to the heart of what most people seem to believe was the reason for the outbreak of Covid-19. The virus apparently crossed from a non-human wild animal to a human in what was perhaps a chain of events that centered on a ‘wet’ market in Wuhan, China, but it could have made the jump in and around markets of this type in other countries – markets that sell both live and butchered animals, some of them “exotic.” And it could have made the jump at an intensive factory farm or simply where growing numbers of humans have been forced into closer, regular contact with wild animals.

The way in which farmed and wild animals are often treated is shameful and demonstrates clearly the idea expressed by William McIlvanney that humanity is merely an aspiration; though I would add, if that. But surely, post-Covid-19, even those callously inured to the suffering of these animals will at least reflect on whether it is wise from the point of view of their own physical and economic wellbeing to treat sentient beings with such disregard and, in doing so, take such risks. I wouldn’t bet on it, however. That would take imagination, something that is in short supply—something, or at least a form of which, is increasingly being cooked-up in remote “think tanks” and delivered through what are misleadingly called “smart” phones.

Imagination, or at least, the lack of it, is another issue that has been raised by the pandemic. The coronavirus and the chaos that it is now inflicting was something that could and should have been predicted—expected even. And strategies to deal with it should have been in place, but, again, that would have required imagination. Unfortunately, many of the world’s leaders have allowed themselves to be dumbed-down by the idea that the market economy is the only answer, no matter the question: that there is no alternative—and it is clear where that has taken us. Dare I say it? It’s time for thinking people to take back control from those who have long given up on thinking, pulled down the brain’s shutters and given in to the lazy idea that there is no alternative. There are always alternatives if you are willing to look for them. Switch off your “smart” phone for a while and engage your brain. 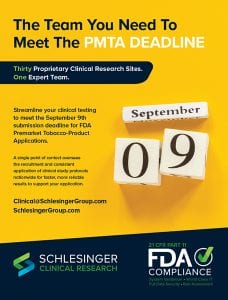 Another issue that the pandemic has brought into focus is the lack of leadership in countries around the world. Having sold us the idea of globalization, many of the leaders of major countries have, instead of cooperating as one would expect in a globalized world, been reduced to squabbling over who is to blame for the pandemic and the chaos it has caused. Well, even I can settle those disputes. All of the leaders are responsible. The buck stops with them.

Or at least it should. It has become apparent that those in power have been keen to try to shift the responsibility—read blame—for the shambles that has followed in the wake of the pandemic onto the shoulders of scientists and science. In the U.K., where I’m currently in lockdown because of the failures of leaders around the world, we have been told by the government that it is following the science and, even, in one excruciating, but, I have to admit, imaginative announcement, that the science had changed.

Perhaps some people believe this baloney, but I shouldn’t think that anybody who has worked in the tobacco or nicotine industries for any length of time would be taken in. When responsibility for tobacco products was handed to the U.S. Food and Drug Administration in 2009, we were promised a new era of science-based strategies. What we were served up was an administrative nightmare punctuated by political interference.

Don’t get me wrong. I’m not anti-science. I’m pro-science. But science, in its many guises and when properly applied, doesn’t provide certainties about what should be done, simply a rough heading to follow; a heading that has to be constantly adjusted as new sightings are taken. This is particularly so when it comes to a novel virus, about which we firstly knew nothing and now know little.

But you wouldn’t think this were the case given the assault being made on smoking and vaping in the name of Covid-19. In a report on page 16 of The Guardian (an excellent newspaper; one that I read every day and on whose reports I believe I can generally rely to be broadly correct, but one that is sniffy on tobacco issues) on May 4, the chairman of Ash, Nick Hopkinson, was quoted as saying: “Smoking harms the immune system and our ability to fight off infections. Evidence is growing that smoking is associated with worse outcomes in those admitted to hospital with Covid-19.” Further on in the report, Ruth Tennant, the tobacco lead for the Association of Directors of Public Health, was quoted as saying: “There are so many reasons to quit smoking but never a more important time than right now during the coronavirus pandemic.”

One of the things that struck me about this report, which, admittedly, was a short PA Media piece, was that Hopkinson’s evidence was not cited and Tennant’s multiple reasons were not given. Okay, you might say that what was said by these two didn’t need back-up because it was common sense, and that, while Douglas Clyde MacIntosh pointed out that common sense is merely the metaphysics of savages, since we have proved in our relationships with non-human animals that we are savages, common sense was enough.

But there is more. No mention was made in the report that some scientists have noted that according to a number of studies, smokers have made up a proportion of patients admitted to hospital with Covid-19 that is smaller than would be expected given the proportion they make up within the overall population. This has led to studies being carried out into whether nicotine is providing some kind of protection, something that would be very interesting in respect of vaping. Clearly, there is no evidence that nicotine provides protection and the figures could be explained perhaps by the fact that smokers are so badly affected by Covid-19 that they never make it to hospital. Nevertheless, I think The Guardian should have mentioned this issue, especially since previously it had carried a report about scientists in France looking into what part nicotine was playing in the Covid-19 pandemic.

What really made me take note of the report in which Hopkinson and Tennant were quoted, however, was that on page 14 of the same newspaper there was a story headed “Early evidence links air pollution to Covid-19 risk,” a report that was treated in a different way. This report, by Damian Carrington, said that studies had shown that air pollution might be important in three ways, which he went on to explain. But his report, unlike that associated with Hopkinson and Tennant, makes the point that the studies have not yet been endorsed by independent scientists through the peer-review process. And later in his piece he says that researchers warn that plausibility is far from proof, and correlation does not mean causation, as many other factors might be important.

These are valid points, but why are they not made in the case of smoking? There cannot possibly have been time to conduct the science that says categorically that smoking is associated with worse outcomes in those admitted to hospital with Covid-19. So where are the caveats? Nowhere to be seen. We are left hanging onto the metaphysics of savages.

A last point. Carrington mentions that one of the ways in which air pollution might be important in relation to Covid-19 is that the virus might be carried further afield by pollution particles (though it is not known if the virus survives such transmission). Surely, even though this might be little more than speculation at the moment, its importance outweighs that of smoking by a huge amount. People can choose whether or not to smoke. Indeed, the report quoting Hopkinson and Tennant, is headed “Covid-19 fears may have helped more than 300,000 [U.K.] smokers quit.” You cannot choose whether or not you come into contact with a virus being borne on the wings of a pollution particle. 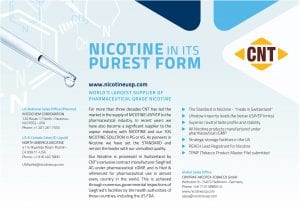