Amid the Covid-19 pandemic, imagine the top global health body instructing governments to shun a particular vaccine should it be found. An unimaginable scenario? Alarmingly, it did happen.

The rationale for the World Health Organization’s (WHO) April 13 edict was the WHO’s disapproval of the specific industry—tobacco—working to develop the would-be vaccine. A loyal servant of the global anti-tobacco lobby, the WHO clearly abhors Big Tobacco more than it wants to save lives.

The WHO told governments to have nothing to do with any tobacco-generated vaccine. Nonetheless, the tobacco plant remains a logical vaccine source as it is comprehensively researched and understood, cheaper to grow than animal-based vaccines and faster to scale up than traditional methods, which could yield a large amount of vaccine quickly.

The WHO’s anti-tobacco industry prejudice, epitomized by its illogical Framework Convention on Tobacco Control, should be, but is not, among the reasons for America’s May 29 exit from the WHO. The Trump administration withdrew its $500 million yearly contribution for other interwoven, equally legitimate reasons, namely the WHO’s catastrophic failure on the Covid-19 file and the WHO’s pro-China bias.

While China is culpable for the global pandemic, the WHO is complicit in the attendant public health debacle. Here is a synopsis of the WHO’s documented unpreparedness and the policy mistakes, factual errors and medical misstatements underlying the U.S. decision.

On Dec. 31, the WHO was informed of China’s coronavirus outbreak. Absent WHO pressure to be transparent, China did not publicly report its first death until Jan. 11.

On Jan. 20, the WHO acknowledged human-to-human transmission was occurring yet assured the world China would contain the virus. But Chinese cities had already exported coronavirus cases to America and Europe. Consequently, the pandemic was unpreventable.

Chinese laboratories had sequenced the coronavirus genome by the end of last year, but Beijing ordered researchers not to publish their crucial findings. China did not share this data with the world until Jan. 12. Subsequently, the WHO Director General Tedros Adhanom Ghebreyesus publicly praised the speed with which China shared its genome research.

The WHO endorsed China’s extremely draconian coronavirus response. Centered on a literally brutal quarantine regime, China’s heralded “defeat” of the coronavirus came at an incredibly high human and economic cost. Not having built herd immunity among its population, China was in the throes of a second wave of infections.

Mid-January found the WHO playing down the rising coronavirus caseload outside China. Hence, at a Jan. 22 emergency committee meeting, the WHO refused to declare the coronavirus—all available evidence to the contrary—a formal public health emergency, which would have better prepared the world in all facets of its response.

On Jan. 30, Tedros advised (and influenced some) governments against introducing travel bans. The next day, the WHO condemned the Trump administration’s new Chinese travel ban, which public health experts credit with saving tens of thousands of American lives. On Feb. 4, the WHO declared that asymptomatic individuals cannot transmit the virus. Again, the world received incorrect information about a crucial medical element.

In mid-February, the WHO stated that China’s response had bought the rest of the world valuable time to prepare. According to a University of Southampton study, if China had informed the world three weeks sooner, 95 percent of global cases would have been prevented.

On Feb. 27, the WHO said the virus was “controlled easily” and therefore community spread was not a serious issue. Adding insult to injury, a March 2 WHO publication claimed the stigma emanating from attaching a geographic label (say, “Chinese” or “Wuhan”) to the virus was more dangerous than the virus itself.

On March 8, after the WHO refused, at China’s behest, to declare the coronavirus a formal pandemic, the Chinese government gifted the WHO $20 million. The WHO finally declared a pandemic on March 11. Without shame, on April 9 the WHO asked member states for an additional billion dollars (the WHO’s annual budget is $2.3 billion) to help fund its Covid-19 campaign.

Of all global institutions, the WHO should be the least political yet it continues to act as Beijing’s global public health spokesperson. Revealingly, the WHO Goodwill Ambassador Peng Liyuan is Chinese dictator Xi Jinping’s wife.

The WHO should be renamed the Chinese Health Organization, quipped Japanese Deputy Prime Minister Taro Aso in late March. The WHO’s illogical treatment of Taiwan is Exhibit A.

From the onset of the pandemic, Taiwan stood out as a model of successful public health policy. Taiwan’s experienced a comparatively low number of Covid-19 cases and suffered few deaths. The island nation’s success is based upon a travel quarantine, massive testing and contact tracing and the mandatory isolation of potential carriers. As such, Taiwan is an important case study for other governments.

Taiwan is not a U.N. member therefore it cannot be a WHO member. Since 2017, China has blocked Taiwan from receiving observer status at the World Health Assembly (WHA), the WHO’s annual decision-making meeting, a status it previously enjoyed.

The Trump administration petitioned the WHO to allow Taiwan to gain entry to the WHA held May 18–19 so that the rest of the world could benefit from Taipei’s real-time knowledge and expertise. The brave souls ensconced within the WHO’s Geneva headquarters declined to take a position on whether Taiwan’s participation may be beneficial.

The WHO’s tragic Covid-19 performance is unsurprising. The WHO’s awful track record on SARS, Ebola and the H1N1 flu is well documented. The rot at the WHO extends beyond and predates an unsavory relationship with Beijing. It involves both mission creep and the misallocation of precious funds.

In 1948, the WHA inaugurated the WHO with a mandate to control and prevent the spread of epidemic disease and to coordinate the global response to pandemics. This required a “vertical” focus upon specific diseases, which found success in the WHO’s battle against malaria, for example.

Over time, the WHO’s vertical approach evolved into a “horizontal” approach that attempts to deal with all aspects of health. In 1979, for example, the formal mandate was expanded to “primary care” and “health for all.”

In a 2009 report, the American Enterprise Institute’s Roger Bate and Karen Porter explained that, “[the] WHO would now promote health ‘development’ more broadly by improving health systems, building infrastructure and fighting chronic diseases. The WHO expanded into many highly political areas where it had less technical ability, managerial competence, or experience, duplicating the efforts of other organizations.”

The WHO was desperately unprepared for this pandemic. One reason for such inexcusable incompetence is the financial ramification of mission creep. According to the Heritage Foundation’s Brett Schaefer, only 15 percent of the WHO’s $2.3 billion annual budget goes to pandemic response. An Associated Press investigation found that, in 2018, the WHO spent more money on high-end staff travel and personnel junkets than on programs combatting disease.

The WHO consistently prescribes statist, top-down, anti-market solutions, from government-run healthcare to an ever-expanding menu of politicized “problems,” which now include tobacco, nicotine, obesity, sex education, mental health and domestic violence. Yet, persuasion and policymaking on these topics is the purview of national governments rather than an elitist bureaucratic body.

This year, the WHO faced its most serious challenge—a once-in-a-century pandemic—and failed miserably. The WHO has been worse than useless; the WHO literally has been a deadly failure. Surely, there must be consequences for its poor performance, argued the Trump administration.

Cost-benefit analysis informs us that, by allocating its WHO funding to other health organizations, America will receive a better rate of return on its public health investment.

The WHO needs root-and-branch reform not merely technocratic tweaks. The Wall Street Journal recently concluded, “One way to ensure future pandemics are less deadly: reform or defund the WHO.” Can the WHO be reformed? There are few grounds for optimism that this option can succeed.

China’s organized and concerted influence over the WHO is paramount. As Beijing holds tremendous sway over many African, Asian and Latin American members, Chinese funding clearly trumps the will to reform.

On April 14, President Trump placed American funding on a 60 day to 90 day hold dependent upon the WHO’s willingness to reform itself. The WHO chose to ignore the threat, with last month’s WHA enacting no reform measures. The U.S. concluded that, as reform would not occur, America should stop hitting its head against this bureaucratic wall.

Financial threats do not work because the WHO possesses a Bank of China ATM card. American funds will be replaced by a commensurate increase in China’s contribution.

The WHO resembles too many peer organizations: anachronistic, complacent and incompetent. The WHO’s predicament is part of a pattern of decline among international institutions from the United Nations to the European Union to the World Trade Organization.

National governments need to choose between supporting public health or politicized institutions. Defunding the WHO is a down payment on the public health side of the ledger.

Patrick Basham directs the Democracy Institute and authored “Covid-19: WHO is to blame?” 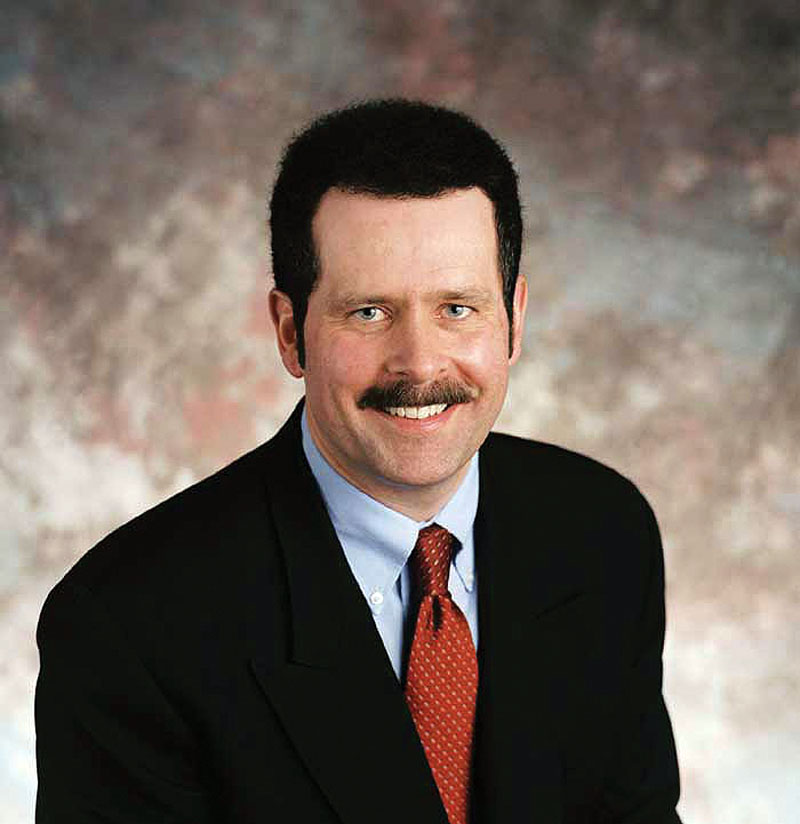