It’s a major development. It may also serve as a precursor to what action the U.S. Food and Drug Administration (FDA) may take when reviewing premarket tobacco product applications (PMTAs) for vapor products that must be submitted by Sept. 9. On July 7, the FDA issued exposure modification orders to Philip Morris Products’ (PMP) heat-not-burn system, IQOS. The order also included the device’s holder and charger as well as three variants of the Marlboro HeatStick.

“Through the modified-risk tobacco product application (MRTP) process, the FDA aims to ensure that information directed at consumers about reduced risk or reduced exposure from using a tobacco product is supported by scientific evi-dence and understandable,” said Mitch Zeller, director of the FDA’s Center for Tobacco Products (CTP). “Data submit-ted by the company shows that marketing these particular products with the authorized information could help addicted adult smokers transition away from combusted cigarettes and reduce their exposure to harmful chemicals but only if they completely switch.”

IQOS is the first next-generation tobacco product to receive exposure modification orders and only the second product to be authorized as a modified-risk tobacco product. In October 2019, the FDA authorized Swedish Match U.S. division’s amended MRTP applications for eight variet-ies of General snus. IQOS is produced by Philip Morris International (PMI), parent to PMP, and marketed in the U.S. by Philip Morris USA, a subsidiary of Altria Group.

During a recent call with investors, Emmanuel Babeau, PMI’s chief financial officer, said following a review of its extensive scientific evidence package, the FDA found that an exposure modification order for IQOS is appropriate to promote the public health in the United States.

“[This dem-onstrates] that IQOS is [a] fundamentally different product from combustible cigarette[s] and a better choice for adults who would otherwise continue to smoke,” he said. “The agency concluded that issuing the order for IQOS is expected to benefit the health of the population as a whole, taking into account both users of tobacco products and persons who do not currently use tobacco products.”

In a press release, Billy Gifford, CEO of Altria Group, stated that the authorization gives its Philip Morris USA subsidiary an “opportunity to communicate additional benefits of switching to IQOS, and this decision is an important step for adult smokers.” In a late July earnings call, Altria announced it would be expanding marketing of IQOS to Charlotte, North Carolina. T

he company said it plans to expand marketing to four more cities over the next 18 months.
In April of 2019, the FDA authorized the marketing of IQOS through the PMTA pathway. By granting IQOS an MRTP, the FDA determined that IQOS does not currently meet the standard for marketing with reduced-risk claims but can be marketed with a reduced-exposure claim. 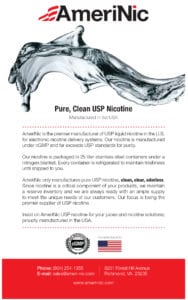 “The FDA’s decision is a historic public health mile-stone,” said Andre Calantzopoulos, CEO of Philip Morris International. “Many of the tens of millions of American men and women who smoke today will quit—but many won’t. Today’s decision makes it possible to inform these adults that switching completely to IQOS is a better choice than continuing to smoke. [The] FDA determined that scientific studies show that switching completely from conventional cigarettes to IQOS reduces exposure to harmful or potentially harmful chemicals.”

According to the FDA website, a reduced-risk claim authorization would generally allow a company to say a product is less harmful than combustible cigarettes. However, according to the FDA, the current reduced-exposure claim authorization only allows PMP to state that IQOS heats, rather than burns, tobacco and significantly reduces the production of harmful and potentially harmful chemicals.

It also allows the company to state that scientific studies have shown that switching completely from conventional cigarettes to the IQOS system significantly reduces the body’s exposure to harmful or potentially harmful chemicals.

Additionally, when granting its modified-exposure order, the FDA found that “testing of actual consumer perception shows that, as the applicant proposes to label and market the product, consumers will not be misled into believing that the product is or has been demonstrated to be less harmful or presents or has been demonstrated to present less of a risk of disease than one or more other commercially marketed tobacco products.” 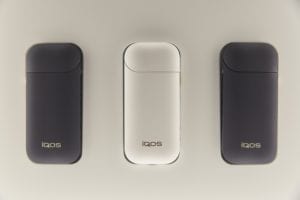 The FDA’s marketing order requires PMP to conduct post-market surveillance and studies to determine the impact of these orders on consumer perception, behavior and health and to enable the FDA to review the accuracy of the determinations upon which the orders were based. These post-market requirements include a rigorous toxicity study using computer models to help predict potential adverse effects in users, according to the FDA. The orders also require the company to monitor youth awareness and use of the products to help ensure that the marketing of the MRTPs does not have unintended consequences for youth use.

“The FDA decision and subsequent comprehensive post-market controls and monitoring, focusing on use prevention, provide an important example of how government and public health organization around the world can implement an inclusive, science-based approach to help rapidly shift adult smokers who would otherwise continue smoking to better options while simultaneously guarding against unintended consequences,” said Babeau.

In the investor call, Babeau revealed that the first half of 2020 has seen continued momentum for IQOS with an estimated 15.4 million users at the end of the second quarter. “Our commercial model pivoted rapidly to digital and remote engagements while preserving high rates of IQOS’ user acquisition and brand retention,” he said. “With volumes of heated-tobacco units growing 24 percent in [the second quarter] shows that, as the applicant proposes to label and market the product, consumers will not be misled into believing that the product is or has been demonstrated to be less harmful or presents or has been demonstrated to present less of a risk of disease than one or more other commercially marketed tobacco products.”

The FDA’s marketing order requires PMP to conduct post-market surveillance and studies to determine the impact of these orders on consumer perception, behavior and health and to enable the FDA to review the accuracy of the deter-minations upon which the orders were based.

These post-market requirements include a rigorous toxicity study using computer models to help predict potential adverse effects in users, according to the FDA. The orders also require the includes strong growth in Italy, the Czech Republic, Poland and Germany, and in historically slower markets such as the U.K., where HTU [heated-tobacco unit] volumes increased more than five-fold over the prior year quarter, and Spain. National offtake share surpassed 1 percent in both of these latter markets despite limited distribution.”

PMI sees its IQOS products as a “critical enabler” for the future growth of RRPs. The company estimates that there were 15.4 million IQOS users worldwide as of June 30. The product’s steady increase in market share reflects widespread user growth momentum across all key IQOS geographies, including Japan, the EU region and Russia, according to Babeau.

“We further estimate that 72 percent of this total—11.2 million adult smokers—have stopped smoking and switched to IQOS with the balance in various stages of conversion,” said Babeau. “We observe an early indication that the propensity of smokers to switch to RRPs is trending positively since the pandemic began, and we will see how this develops in the coming period. We are also optimistic that the FDA’s granting of the modified-risk tobacco product order for a version of IQOS will contribute over time to a better understanding of the heated-tobacco category and the benefit of switching to IQOS compared to continued smoking.”

In Russia, where IQOS was released in 2015, IQOS’ market share rose by three points to reach 5.9 percent. In Japan, where IQOS was released in 2014, PMI’s total reported share for heated-tobacco units reached 20 percent in the second quarter, according to Babeau. IQOS users grew to an estimated total of 5.8 million, of which an estimated 4.3 million have stopped smoking traditional cigarettes and fully switched to IQOS.

“On an adjusted total tobacco view, including cigarillos and adjusted for trade inventory movement, the share for our HTU brands increased by two points versus the prior year quarter and by 0.7 points sequentially to 18.5 percent,” he said. “[Second quarter] 2020 adjusted in-market sales volume for our HTU brands grew 4.9 percent sequentially. This helped drive growth of the overall heated-tobacco category to [a] second-quarter total tobacco share of over 25 percent.”

In addition to strong RRP growth in existing markets, the geographical expansion of IQOS continues. Despite the pandemic-related restriction, PMI has leveraged its digital capabilities to launch in four new markets: Austria, North Macedonia, Montenegro and Saudi Arabia. This takes the total number of markets where IQOS is available for sale to 57.

Babeau said the company still plans to expand its portfolio of smoke-free offerings in the second half of the year with the launches of IQOS VEEV in the vapor category and a licensed KT&G product in select markets.

“We are on track to reach our 2021 target of 90 billion to 100 billion shipments of heated-tobacco units. RRPs now make up almost 25 percent of our net revenue, and we expect this percentage to grow over time. With digital effi-ciency, operating leverage from scale effect and productivity saving simultaneously driving up the profitability of RRPs, this is a very positive dynamic for our margin outlook,” said Babeau.

“The historic milestone of modified-risk tobacco product authorization for IQOS is a further testament to the integrity of the product and brand proposition and underlying the need for government to implement science-based regulation. In addition, after a difficult April and May, the industry recov-ery has now started, providing better visibility for the rest of the year.”

Toward the end of the call, Bonnie Herzog, an analyst with Goldman Sachs, suggested that PMI has been adding more new users during the pandemic than originally expected. Babeau agreed, saying that this is going to come from the continuation of a “very strong acquisition” of new IQOS users. Herzog then asked if PMI had any intention of pursu-ing a modified-risk authorization. Babeau said a full MRTP is in the plans for IQOS.

“The FDA has left the door open to continue the dialog with them on precisely the next level. We intend to do that in the coming months. I would say the question is whether the reduced-risk authorization for marketing can come through a modified claim or through providing additional study or maybe a combination of both,” said Babeau. “That’s what we intend to discuss with the FDA in the coming months and, of course, we are impatient to have this dialog with them.” V