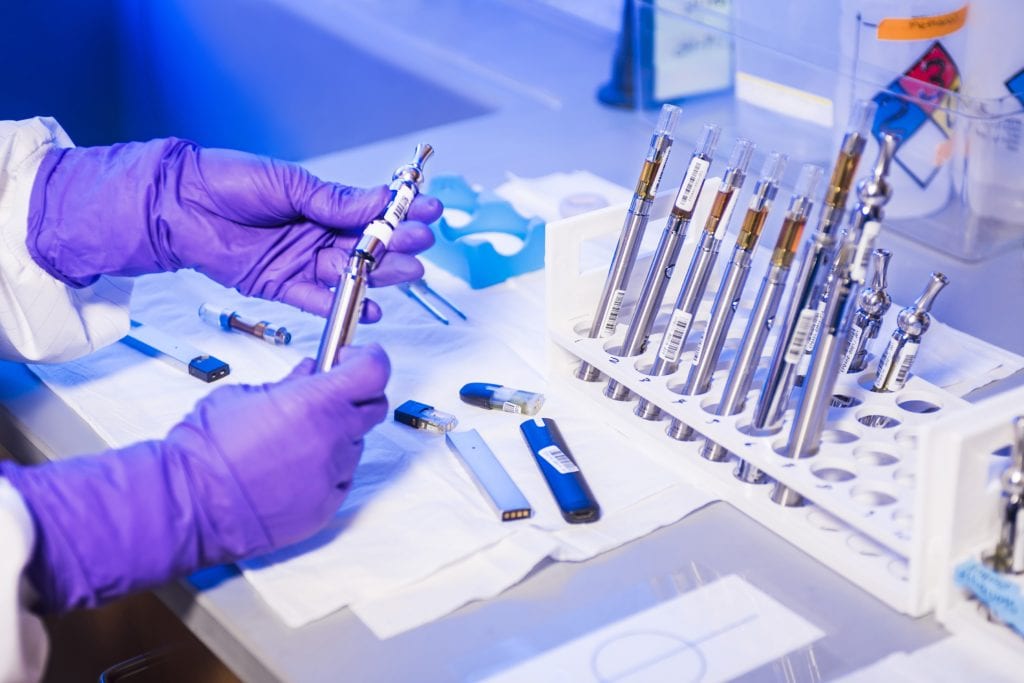 Despite the United States weathering the most severe healthcare crisis in generations, some elected officials are pushing policies that would push death rates even higher.

On August 11, Rep. Raja Krishnamoorthi (D-Ill.) the chairman of the Oversight Subcommittee on Economic and Consumer Policy, wrote to Food and Drug Administration Commissioner Stephen Hahn demanding a complete ban on the sale of reduced-risk tobacco alternatives such as e-cigarettes throughout the United States.

This is a misguided and dangerous move because these harm reduction products are proven to be 95 percent safer than combustible cigarettes, and twice as effective as conventional nicotine replacement therapies.

The key is the lack of smoke and corresponding carcinogens that lie in combustible tobacco. Since their inception 10 years ago, these products have provided a lifeline for smokers previously unable to quit their deadly habit.

According to the most comprehensive peer-reviewed research coordinated by the George Washington University Medical Center, if a majority of smokers in the United States quit smoking through the use of e-cigarettes over the next 10 years, there would be 6.6 million fewer premature deaths — one of the biggest public health breakthroughs in generations.

Despite the overwhelming scientific evidence on the benefits of smokers switching to vaping products, Krishnamoorthi has decided to use the COVID-19 pandemic as a pretext to support Big Tobacco and drive vapers back to smoking.

The lawmaker is using junk science to argue that vaping and smoking were somehow responsible for COVID-19 spread. Unfortunately for Krishnamoorthi, 763 studies published in the world’s most prestigious medical journals such as the European Respiratory Journal and Lancet have concluded otherwise.

These analyses have examined the medical records of millions of people in dozens of countries around the world and have completely and utterly debunked the representative’s spurious claims.

Not one to let “science” or “evidence” get in the way of his ideological agenda, Krishnamoorthi nevertheless was able to find one study he claimed supported his viewpoint. But the study presented is a study in itself on how not to analyze and interpret data.

The study conducted in May was limited to one online survey, with a relatively small number of respondents. Unlike the 763 credible studies that actually examined medical data, this particular analysis was limited to self-reporting by people who chose to engage in a survey on a website.

Even more important, the study does not even say what Krishnamoorthi claims it does. In fact, the study finds vapers — whether current or former — have no statistically significant higher rate of contracting COVID-19 than people who have never used this product.

The “spike” occurred only with dual users. But clearly, if neither smoking nor vaping increase your risk of developing symptoms, then there is no mechanism by which dual use would increase coronavirus risks, making the result a logical impossibility.

That is not the only bizarre thing about the results. The study contends that previous use of cigarettes increase risk, yet consumption over the last 30 days has no association whatsoever with COVID-19 incidence. Unfortunately, the empirical malpractice does not stop there.

The paper fails to adjust properly for the fact that more vapers chose to have a COVID-19 test than the population as a whole. This isn’t too surprising given most vapers are more health aware and health conscious, hence would be more like to opt for voluntary testing.

Clearly, this “study” — the only justification Krishnamoorthi has for his calls for prohibition — is worse than useless. The lawmaker leans heavily on an analysis that excludes all medical data and instead relies solely on a self-reporting online survey.

The results contradict 763 credible studies, rely on methodological pyrotechnics, and torture the data so brutally it would make a Bond villain blush. Yet it still doesn’t say what Krishnamoorthi wants it to say and has the unavoidable conclusion that e-cigarettes do not lead to higher rates of COVID-19.

For Krishnamoorthi to deny the science and condemn Americans to a preventable death just to fulfill a personal vendetta against reduced risk products is simply repulsive. There is absolutely no doubt that any ban on the sale of reduced risk tobacco alternatives would lead to countless easily preventable deaths as people once again take up the deadly habit of smoking.

The FDA must ignore this nakedly political letter, and instead act in accordance with the evidence. Millions of lives depend on it.

Tim Andrews is the executive director of the Taxpayers Protection Alliance. He wrote this for InsideSources.com.