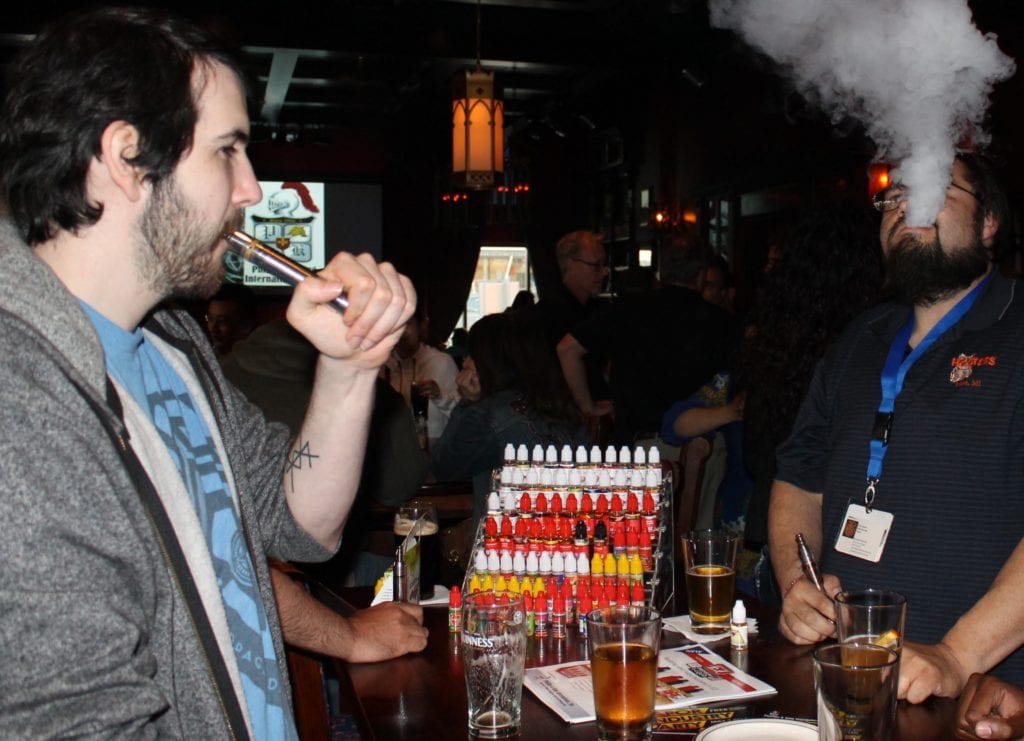 With clearer information, more smokers would switch to lower-risk products.

There are several reasons why people use nicotine. According to Neal Benowitz, professor of medicine, biopharmaceutical sciences, psychiatry and clinical pharmacy at the University of California San Francisco, those reasons include pleasure, stimulation and mood modulation. However, many users don’t understand the adverse effects and risks associated with different delivery mechanisms.

“Clearly, the decision involving long-term use of the drug for individuals or society depends, at least in part, on adverse health effects. For example, the casual use of cocaine or heroin are discouraged by society because they are hazardous to health,” explains Benowitz. “We know nicotine, per se, is much less hazardous than cigarette smoking, regardless of potential health concerns. That’s a successful argument for electronic nicotine-delivery systems [ENDS].”

Speaking at a panel titled, “The Future of Nicotine,” during the 2020 Global Tobacco & Nicotine Forum (GTNF) in September, Benowitz said that one of the major questions surrounding tobacco control is whether society can accept nicotine use if the harms were reduced. He says that possibility exists. “The FDA [U.S. Food and Drug Administration] can be a big part of making this happen … there is a misconception surrounding the harm of nicotine compared to combustible products,” which are more deadly than ENDS.

While acknowledging the validity of Benowitz’ point, Michael Cummings, professor of psychiatry and behavioral sciences at the Medical University of South Carolina, cautioned against the unintended consequences of regulation. Banning a specific delivery mechanism for nicotine, he said, presents a risk. Cummings referred to the FDA’s vision, formulated in 2017, of a world where cigarettes would no longer create and sustain addiction and where adults who need or want nicotine could get it from less-harmful alternative sources.

“But it seems like we’re going the wrong direction … If we adopt regulations to ban the sale of vaping products as some states and many countries around the world have done, what would be the effect? Well, the effect is that cigarette sales will go up,” said Cummings. “That’s a bad thing. Regulating vaping products like they’re cigarettes—which they’re not—banning flavors, banning internet sales … [these actions] would have a detrimental effect of actually driving up cigarette sales to the detriment of the lower-risk products.”

Also speaking during the GTNF panel, Clifford E. Douglas, director of the Tobacco Research Network and an adjunct professor of Health Management and Policy at the University of Michigan School of Public Health, said that consumers clearly need a much better understanding of the true nature, including the relative risk, of different tobacco and nicotine products.

“This includes the fact that nicotine is the root cause of the epidemic of tobacco-related illness and death because it hooks in smokers and keeps many smoking who otherwise would quit,” he explained. “While complete information on all the potential risks and benefits of [vapor products] is not yet available, there is sufficient information … to end deadly combustible tobacco use [which is] responsible for approximately half a million deaths a year and 30 percent of all cancer deaths in the United States.”

Asked by moderator Clive Bates, director of Counterfactual Consulting, whether there was a regulatory environment possible that incorporated the relative risk of the different types of nicotine-delivery systems, Stefanie Miller, managing director of FiscalNote Markets, said “no.”

“[There is] no trust among the general public for companies that produce a product containing nicotine, and that is largely based on a misconception around the difference between nicotine and combustible tobacco use. After predatory behavior and negligence of tobacco companies in the 20th Century, most people see this as very black and white. Tobacco companies are bad, and anti-tobacco efforts are purely good,” said Miller. “I think [everyone] who’s tuned in right now knows that the situation is far more nuanced and … the regulations are not accommodative of that nuance.”

Benowitz says that another major problem with the message on less-risky nicotine products is that there is very little science on the long-term effects of ENDS products. “We have an array of new products, any of which are inhalable,” he said. “We have a lot of short-term data that is promising in terms of reduced exposure in the short term, but we really don’t know about the future long-term consequences.”

Miller added that cigarette manufacturers could help change the misconceptions surrounding nicotine. It’s the large manufacturers who could make it a goal to end combustible nicotine-delivery systems. “If you’re really clear about setting a strategic goal, and then you do everything possible to accomplish it, you’re more likely than not to win,” she said. “I think that this is [an] important enough [goal] to try.”

Benowitz said that regulators need to help consumers better understand that the regulators support a shift to less-risky products. He says that only then can the goal of getting rid of combustible products be accomplished.