Even amidst regulatory concerns, the vapor industry is poised for growth. The latest research suggests that the global market could see a more than 300 percent increase in value in just seven years. Currently, the 2020 global vapor market is estimated at $16.9 billion, according to a July 2020 report from Global Industry Analysts (GIA). The report also projects a 19.6 percent compound annual growth rate (CAGR), reaching $59.3 billion by 2027.

Globally, GIA’s report, E-cigarettes—Global Market Trajectory & Analytics Report, projects double-digit growth in all the major electronic nicotine-delivery system (ENDS) markets, including the United States, China, Japan, Canada and Germany. In the U.S., the world’s largest vapor market, GIA estimates the market’s 2020 value to be $5 billion, growing to more than $20 billion by 2027. Other market analysts have estimated that the U.S. surpassed $8 billion in 2019 and is poised to grow at an estimated 2 percent CAGR between 2020 and 2026.

China, the world’s second largest economy, is forecast to reach a projected market size of $10.1 billion by the year 2027 “trailing a CAGR of 18.7 percent” over the analysis period 2020 to 2027, according to GIA. China is expected to be one of the fastest-growing vapor markets over the next seven years, according to GIA. The entire Asia-Pacific region is also forecast to rapidly grow in their vapor markets. “Led by countries such as Australia, India and South Korea, the market in Asia-Pacific is forecast to reach $7.1 billion by the year 2027,” the report states.

Among the other noteworthy geographic markets are Japan and Canada, each forecast to grow at 17.9 percent and 16.6 percent respectively over the 2020 to 2027 period, according to the GIA report. “Within Europe, Germany is forecast to grow at approximately 14.1 percent CAGR,” it states.

Reports on how much the vapor market will grow over the next several years vary, but all reports show growth. According to a recent Arizton Research and Intelligence report, Vape Market—Global Outlook and Forecast 2020–2025, their research shows the e-cigarette industry will grow globally at a CAGR of approximately 15 percent during the period 2019 to 2025.

“The global vape market would realize an absolute growth of 590 percent—a phenomenal leap of over $49 billion revenue between 2015 and 2025,” researchers wrote. “Buoyed by a growing shift in preferences for next-generation smoking products and the demand for HnB [heat-not-burn] tobacco [products] among [the] smoking population, the overall revenue of vape products will reach over $57 billion by 2025.” The Arizton report also predicted that HnB products are set to displace vapor products by 2022, but no other analysts could be found that agreed with that assertion.

An August 2020 report from Mordor Intelligence, Europe E-Cigarettes Market—Growth, Trends and Forecasts (2020–2025), states that the U.K. is the largest market for e-cigarettes in Europe and the second-largest market in the world. Mordor estimates that the European e-cigarettes market could witness a CAGR of 12.98 percent during the forecast period. The U.K. e-cigarette market is growing rapidly because the country’s health authorities promote ENDS products over combustible cigarettes, according to the Mordor report. 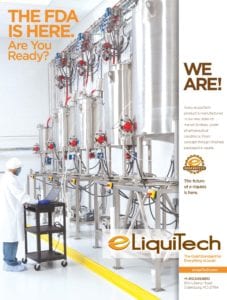 Europe captures more than a 33 percent market share of global vapor market revenues, according to the Mordor report, and Poland, Germany, Italy, Russia and the Czech Republic are the major contributors to the European market. Poland has been witnessing tremendous growth, with the revenue increasing from $130 million in 2014 to $542.6 million in 2016, according to Mordor. The growth can be attributed to heavy taxation on traditional tobacco cigarettes and the presence of low-cost vapor products in the country.

“Unlike the U.S. where e-cigarettes have not yet been approved as a cessation device, authorities in the U.K. believe these devices to be a means for people to transition from the much harmful habit of using conventional/combustible cigarettes,” the report states. “On the distribution front, it has been observed that the online retail [segment] accounts for a significant share of the market and, the fastest growing channel [is predicted] to be” specialty vape shops.

An earlier report’s analysis had even higher expectations for the global vapor market. The February 2020 report E-cigarette and Vape Market Size, Share & Trends from Grand View Research estimated the worldwide e-cigarette and vapor market to be valued at $12.41 billion in 2019. That report states the market is expected to expand at a revenue-based CAGR of 23.8 percent from 2020 to 2027. “The market is expected to gain traction over the forecast period, owing to increasing product demand from millennials,” researchers wrote. “The availability of a variety of e-cigarette options is anticipated to further fuel product adoption.”

According to the World Health Organization, there has been a small but steady decrease in the estimated number of cigarette smokers globally to just over 1 billion. The number of vapers, however, has been increasing rapidly—from about 7 million in 2011 to 41 million in 2018, according to market research group Euromonitor. That research estimates that the number of adults who vape globally will reach almost 55 million by 2021. 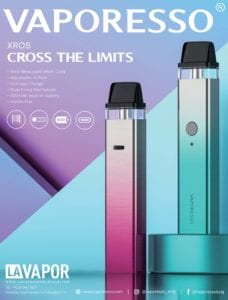 The Grand View report also found that harsh regulatory environments implemented by local authorities across several countries, including the U.S., India and Germany, have restricted market growth. “Multiple countries have banned the distribution and sale of vapor products, which in turn has led to lower sales,” researchers wrote. “Furthermore, stringent trading laws have made it difficult to import vaping devices for personal consumption.”

Every major tobacco company doing business in the U.S. has filed a premarket tobacco product application (PMTA) with the U.S. Food and Drug Administration (FDA). This allows products to be on the market for a year unless the FDA takes earlier action. Many of the major Chinese vapor hardware manufacturers have also announced PMTA submissions for a small number of products.

According to Arizton, major tobacco companies used their “decades-old established distribution networks” of tobacco products to help gain an upper hand over pure-play companies. “However, small vape and tobacco shops continue to dominate with about 34 percent share of the retail markets worldwide,” say Arizton researchers.

Both the Grand View and GIA reports suggest that the market in the U.S. is especially challenging to predict due to the unknowns surrounding the FDA and the PMTA process. The Grand View report states that “large tobacco companies have flourished by introducing [ENDS] devices through various brands that cater to different requirements, thereby enhancing the product quality and level of customization.”

Grand View researchers state that innovation will continue to be a driving force in market growth across all segments of the industry. “The market is driven by the growing awareness … owing to various medical studies that term e-cigarettes as a safer alternative to traditional cigarettes,” the report notes. “Moreover, the customization options offered by vendors and continuous improvement toward new product development is expected to drive the market growth over the forecast period.”

Both the Grand View and GIA reports state that mod (open system) devices are anticipated to emerge as the fastest-growing product segment over the forecast period. GIA predicts a record 22.1 percent CAGR and reaching a value of $37.4 billion by the end of the analysis period.

One reason all three reports are forecasting a massive rise in open system sales is that when the FDA announced its enforcement priorities in January of this year, the agency did not mention prioritizing open systems. The three urgencies that earned a bullet point were:

The Grand View report states that the market for smaller rechargeable pod-style devices, such as Juul, generated the highest revenue globally in 2019. “These devices cost fairly less, which is expected to increase their adoption,” the report states. The GIA reports that “after an early analysis of the business implications of the pandemic and its induced economic crisis, growth in the rechargeable e-cigarette segment is readjusted to a revised 15.6 percent CAGR for the next 7-year period.”

The disposable device market is expected to be the second-fastest growing market in the vapor industry through to 2027. According to GIA, the U.S., Canada, Japan, China and Europe “will drive the 16.9 percent CAGR estimated for this segment. These regional markets accounting for a combined market size of $2.3 billion in the year 2020 will reach a projected size of $6.8 billion by the close of the analysis period.”

The regulatory environment is the biggest unknown in trying to predict the vapor market, according to several financial experts. Regulation is sure to have an impact both short term, such as the PMTAs in the U.S., and long term through flavor bans and taxation globally. At a panel on investing at the Global Tobacco & Nicotine Forum (GTNF) held in September, several industry analysts spoke about the future of the electronic nicotine-delivery systems (ENDS) market and the impact of regulations both in the U.S. and globally.

The panelists agreed that in the European market and in other developed countries that allow vaping, market regulation is more predictable than in the United States and excise taxes in those countries will probably continue to increase (maybe higher than predicted because of Covid-19 economic hardships).

Erika Karp, founder and CEO of Cornerstone Capital, believes that growth will depend on how individual countries approach reduced-risk tobacco products (RRPs), such as snus and vaping. “For instance, South Africa. They are obviously quite anti-tobacco as we’ve recently seen with them during Covid-19 [and banning tobacco products],” she said. “But they are also one of the few emerging markets with a vapor product that BAT [British American Tobacco] recently bought and owns there. So, they’re an example of a market where the government may be a bit more aggressive in wanting to be accommodating towards RRPs and a bit tougher on tobacco.”

Moderated by Erik Bloomquist, a global nicotine and tobacco investment consultant, the panelists said that the FDA had received hundreds, perhaps even thousands, of PMTA submissions. Given the FDA’s track record, however, it is unclear how quickly those applications will be reviewed and decided upon, according to Bloomquist.

“And then it’s unclear how many will actually come through with a successful application.”

Rupert Wilson, owner and managing director of Strategic Business Consulting, said that the recent National Youth Tobacco Survey, released by the U.S. Centers for Disease Control and Prevention (CDC), showed that youth vaping, a major issue with regulators and anti-vapor groups in the U.S., is down significantly from 2019 and 2018. He predicts the U.S. will see an ever-greater drop in youth use over the next two years.

“I don’t think that those numbers (2019) really reflected the impact of Tobacco 21, the removal of flavors, and certainly, then I would expect quite a significant decline again when we get to the 2021 survey coming out in September of next year,” he said. Wilson expects the vapor segment—especially the open and refillable pod systems—to start growing. “That’s already been happening over the last 12 months,” he said. “I would say that the vaping category is going to grow [rapidly], especially as we move into the second half of next year and into 2022.”

Jonathan Fell, partner and co-founder of Ash Park Capital, said the overall ENDS market “remains extremely volatile and impossible to predict.” He says a major factor in the volatility is misconceptions surrounding the use of nicotine. “The debate about whether nicotine use is safe longer term is still a live one. It’s not nicotine that’s the problem. It’s inhaling combusted tobacco smoke,” said Fell. “Companies need to get consumers to reduce overall nicotine intake … Now, that’s what will make the big public health difference.”