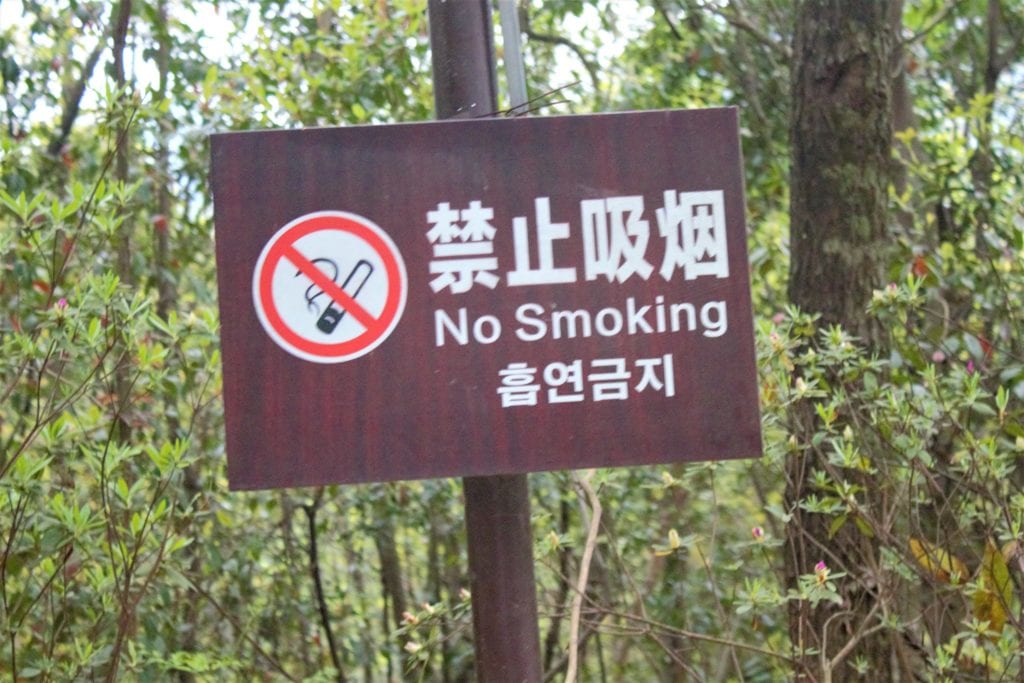 One of China’s most adamantly anti-smoking cities has vowed to stop selling e-cigarettes near schools and reduce children’s exposure to secondhand smoke at home as part of a new “smoke-free communities” campaign.

In a more focused update to its “smoke-free city” campaign launched in 2018, the southern metropolis of Shenzhen pledged Saturday to strictly prohibit the sale of not only tobacco products but also e-cigarettes within 50 meters of primary and middle schools, according to Sixth Tone’s sister publication The Paper.

The city is also aiming to reduce primary and middle schoolers’ exposure to secondhand smoke at home to below 20% while raising the proportion of “smoke-free families” to at least 50% in three years — though it’s unclear how the success rates will be measured. Some doctors believe that, because secondhand smoke can cause a variety of diseases in children, from asthma and pneumonia to lung cancer and sudden infant death syndrome, it is equivalent to child abuse.

The smoke-free communities campaign, jointly announced by Shenzhen’s civilization and tobacco control offices, will be enforced alongside the city’s official smoking control regulation, last updated in July 2019. While other Chinese cities have also taken steps to curb smoking and vaping, Shenzhen’s are widely regarded as the most comprehensive in the country.