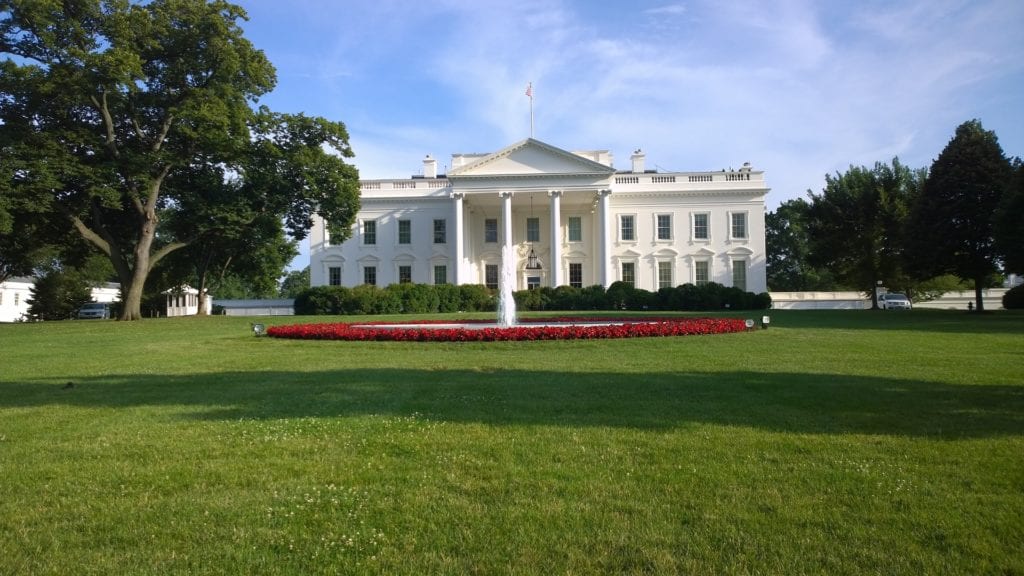 What might the new U.S. President’s administration have in store for the vapor industry?

At the time of writing, the results of the U.S. elections are still contested by the presidential incumbent, a Republican, via various vote recount requests and litigation; however, it is a virtual certainty that the U.S. will have a new president, representing the Democratic Party, as of Jan. 20, 2021.

The heads of departments, including the head of the Department of Health and Human Services (HHS), are appointed by the president, subject to confirmation by the Senate, and typically change with the administration. In turn, the Food and Drug Administration (FDA), which is the agency within the HHS with primary jurisdiction over tobacco products (including electronic nicotine-delivery systems, or ENDS) as well as drugs, foods and other products, will be led in the new administration by a new commissioner.

Given the Covid-19 crisis, the new president will be under immense pressure to appoint a new FDA commissioner immediately. Interestingly and somewhat surprisingly, a former FDA commissioner, David Kessler, was recently named co-chair of the new administration’s Covid-19 task force, although Kessler resigned his commissioner role in November 1996 amid controversy for overbilling his travel expenses during his tenure.

Also during Kessler’s tenure, the FDA attempted to regulate tobacco products as “delivery devices for the drug nicotine” to bring tobacco products under FDA jurisdiction. Tobacco companies challenged the rules all the way to the Supreme Court and won (FDA v. Brown and Williamson Tobacco Corp.). The Supreme Court ruled that “Congress has clearly precluded the FDA from asserting jurisdiction to regulate tobacco products. Such authority is inconsistent with the intent that Congress has expressed in the FDCA’s [Food, Drug and Cosmetic Act] overall regulatory scheme and in the tobacco-specific legislation that it has enacted subsequent to the FDCA. In light of this clear intent, the FDA’s assertion of jurisdiction is impermissible.”

Kessler’s wish to see tobacco regulated by the FDA was eventually granted by Congress in June 2009 through the bipartisan passage of the Family Smoking Prevention and Tobacco Control Act. While some speculate that Kessler may be on the short list for HHS commissioner, it is likely that the administration will bring forward new faces. Still, Kessler’s life-long anti-tobacco stance and past working relationship with the current head of the Center for Tobacco Products might give an indication of the increased scrutiny of the tobacco sector in the years to come.

The ENDS industry status quo, from a legislation point of view, while far from ideal, is by now familiar to the ENDS industry. The recent premarket tobacco product application (PMTA) filing deadline has come and gone, and, as expected, we have not seen a flurry of warning letters post-September 2020 ordering certain vapor manufacturers to stop selling their products because they did not submit a PMTA.

The FDA is, however, expected to start enforcing this legislation sooner or later. For any dramatic change to occur, the governing legislation, the Food, Drug and Cosmetic Act, would have to be amended, which is not likely to be top of the list for the upcoming Congress given the priorities the new administration announced during the election campaign. Still, the House of Representatives, one of the chambers of the U.S. legislature, remains dominated by the Democrats, the same party whose representatives initiated several tobacco-related bills and called for confrontational hearings on vapor products. The most recent one, in February 2020, was relatively tame compared with the tone of the July 2019 Juul hearing and even with the June 2014 Senate hearing.

Senate races in Georgia will require runoff elections on Jan. 5, 2021. If Democrats gain both Senate seats in Georgia in January, there would be a 50-50 tie in the Senate, and the vice president would have the tie-breaking vote in case the Senate is deadlocked on a piece of legislation. When the House, Senate and White House are controlled by the same party, the chances of the current administration to pass laws in support of its agenda are greatly increased, though divisions exist within each party, and surprises always happen. Furthermore, 34 out of the 100 Senate seats are up for regular election in two years as well as all 435 House seats; these will be a trying two years for Americans in an economic crisis, and the public sentiment can swing in the other direction. Thus, the new president may have only two years, if even that long, to pass a flurry of laws, and there may be more urgent matters than revisiting the Tobacco Control Act, which, for better or for worse, has worked so far. 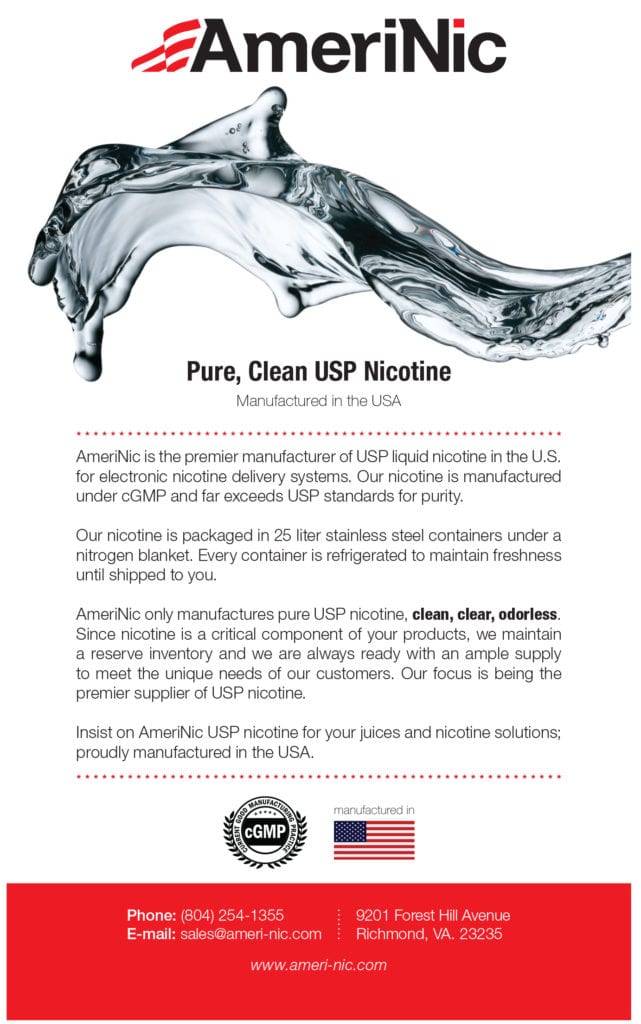 The FDA already has broad powers to expand requirements and restrictions involving ENDS products, including the authority to impose product standards through notice-and-comment rulemaking. Ingredient caps and bans are among the standards the FDA has the authority to promulgate via regulation.

Tobacco Product Standard for Characterizing Flavors in Cigars (follow-up to the 2018 Advance Notice of Proposed Rulemaking); this is unlikely to move into the final rule stage on account of recent courtroom successes by the cigar industry.

Premarket tobacco product applications and recordkeeping requirements, a 2019 proposed rule, which would have as a next step at some point in the future, likely in 2020, a final rule.

Notably, ingredient bans and nicotine caps are not on the regulatory agenda. A first step toward an ingredient ban would likely be an Advance Notice of Proposed Rulemaking (ANPRM), although the FDA can in theory skip this step and move directly to a proposed rule, open a docket for comment, collect comments and consider whether it has sufficient information to finalize the rule. Given the complexity of the issue and the current research focusing on flavor ingredients in ENDS, if the FDA determines that an exploration of a flavor ban is desirable, the FDA will probably go through the ANPRM step.

One would have to wonder, though, why engage in rulemaking when the FDA already reviews all relevant information about every ENDS product on the U.S. market, present and future, through the PMTA process—thus allowing the agency to make a case-by-case determination—and the FDA will no doubt pay considerable attention to certain flavored products. In the author’s personal opinion, the PMTA process is the FDA’s preferred avenue to make decisions on individual products rather than issuing rules on product categories, which can also be challenged—and the current Supreme Court might entertain challenges to the FDA’s behavior if it came to it down the road.

Meanwhile, the majority of states by number still lean conservative, which likely means fewer developments in taxation, some scrutiny of ENDS but not necessary priority placed on shrinking the lawful ENDS market as there is no immediately quantifiable health benefit from doing so, and many potential harms. Of note are the California litigation and the potential referendum in California to overturn SB 793 (the flavor ban legislation). By the time this you read this article, we should know whether the bill opponents succeeded at collecting the necessary signatures to place the referendum on the November 2022 California elections ballot and suspend the application of the California flavor ban until then and pending the referendum’s outcome.

The question we must also ask, given the political, public health and economic crisis context is whether ENDS are a threat to anyone and why any administration would, at this juncture, prioritize overregulating a harm reduction asset over the important, systemic changes Americans expect from the administration and drastically mitigating the Covid impact. The industry is likely to consolidate and survive.

A global legal and compliance nicotine industry expert, Patricia I. Kovacevic has experience that includes general counsel and chief compliance officer roles at Nicopure Labs as well as leading senior legal and regulatory positions at Philip Morris International and Lorillard. Kovacevic served on the board of directors of the Vapor Technology Association and on the advisory board of the Global Tobacco & Nicotine Forum. She is the founder of RegulationStrategy, a global legal and compliance FDA-regulated industry consultancy.