In the film “You Don’t Know Nicotine,” director Aaron Biebert sets out to expose the manipulation, confusion and misinformation in the nicotine industry.

The nicotine industry is a complicated one. Nicotine may be considered the vilest of industries on Earth. However, the global tobacco market size was estimated at $849.09 billion in 2019 and is expected to reach $878.35 billion in 2020. Around the world, combustible cigarettes are the leading cause of preventable death. Tobacco use causes more than 7 million deaths per year worldwide, according to the U.S. Centers for Disease Control and Prevention (CDC). If the pattern of smoking combustible cigarettes for nicotine doesn’t change, more than 8 million people a year will die from preventable diseases by 2030.

It doesn’t need to be that way, according to director Aaron Biebert, who is probably best known for his 2016 documentary A Billion Lives. The film earned several awards for its in-depth investigation into the history and corruption in the tobacco industry and how the vapor industry, a safer alternative to combustible cigarettes, was being attacked through a concerted effort of bad science, misinformation and outright lies. Picking up on where his first film left off, Biebert and the team behind Third Line Films’ latest documentary, You Don’t Know Nicotine, answered many questions that the team felt it had originally left untouched.

Several scientific studies support e-cigarettes as less harmful than cigarettes and a benefit to public health. Biebert, who also narrates both films, said that after finishing A Billion Lives, he began to be haunted by certain questions surrounding the nicotine industry. He had met with thousands of smokers and wanted to better understand why so many people used combustible cigarettes despite decades of anti-smoking shame campaigns.

“Is it a case of simple addiction? Why does nicotine primarily affect the oppressed or those with brain differences? I started reading more studies about the effects of nicotine outside of cigarettes and found some surprising information,” Biebert explained to Vapor Voice during an exclusive interview in early December. “I gathered the filmmakers I work with, and we began a new journey to know nicotine and share our findings with the world.”

To get funding for the new mission, Biebert and his wife, Jennifer, and the rest of the Third Line Films team launched a crowdfunding campaign, and 1,112 people pledged $108,598 to support the cause through Kickstarter. Third Line Films covered the equipment, staff and post-production costs. The group did not seek or take funding from any tobacco, pharmaceutical or anti-nicotine organizations. Biebert said that this allowed for the film to follow the science and remain neutral.

“We interviewed people on a variety of sides, and I think that really made a difference with the way the general public is responding to the film,” said Biebert. “While our production crew at Third Line Films did not regularly use nicotine, we do have countless friends, family members and neighbors that did. For millions of people who use nicotine around the world, the method by which they choose to use nicotine—largely impacted by their perception of what nicotine is and does to the body—may truly be a matter of life or death. With so much on the line, our society can’t afford any confusion, interference or misinformation when it comes to understanding nicotine.” 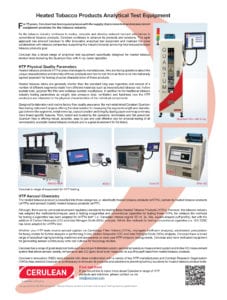 You Don’t Know Nicotine takes a more centralized focus on the overall nicotine industry. The movie takes an inside look at tobacco control/harm reduction advocates on both sides of the safer nicotine ingestion argument as well as the anti-tobacco/anti-vaping groups that have recently become more generalized as anti-nicotine groups.

Vapor industry experts say vapor products are a safer way for adults to consume nicotine and are an effective tool in helping cigarette smokers quit smoking. However, anti-tobacco activists view vapor products as just another tool for the large tobacco companies to keep people addicted to nicotine or to hook kids on nicotine. Along with the CDC, they also blame last year’s EVALI crisis wrongly on nicotine vapor products (it was THC). Biebert says his research found something even more sinister at play.

In the film, Biebert talks about how many anti-vaping groups are the same organizations as the anti-smoking groups, such as the American Cancer Society’s Cancer Action Network and the Campaign for Tobacco-Free Kids’ Tobacco Action Fund. These are 501 c4 groups that can take in unlimited funds and are not required to report donors or amounts. These are often referred to as “dark money” organizations. The funding of these groups comes from a mix of tobacco money (from the Master Settlement Agreement) and private funds from large donors, such as Michael Bloomberg. Bloomberg donated over $1 billion to anti-nicotine efforts and funds activities at the World Health Organization (WHO).

“Bloomberg also funds the CDC Foundation [an independent nonprofit and the sole entity created by the U.S. Congress to mobilize philanthropic and private-sector resources to support the CDC]. When people started getting sick and dying in 2019 [from EVALI], the CDC [placed the blame] on nicotine vapor products instead of identifying illegal [marijuana vapor] products as the real culprit,” says Biebert in the movie. “The mainstream media, which runs Bloomberg-funded ads against nicotine, parroted the CDC’s warning. Elected officials lobbied by Bloomberg-funded organizations used this confusion to push bans on safer nicotine products while leaving cigarettes on the market. People started to smoke cigarettes again.”

As the film was wrapping up, Biebert’s team discovered a company tied to Michael Bloomberg that had invested in a new nicotine vapor device called Hale. A product of Hava Health, Hale is an electronic nicotine-delivery system (ENDS) product that aims to promote smoking cessation by gradually lowering nicotine levels.

“As of 2020, they’re working toward [U.S. Food and Drug Administration] FDA approval. It looks like a flash drive, sleek, modern and uses flavors. It contains nicotine. This sounds very familiar. The harsh legislation pushed by the Bloomberg-funded lobbyists and their fear campaigns will put all the small shops out of business that helped more than 50 million people stop smoking worldwide,” said Biebert. “It has created a regulatory environment where only the wealthiest people will be able to play. The wealthy people can own nicotine businesses and fund [501 c4] organizations that change public opinion to match their own world view.”

David Goerlitz, the actor who portrayed the “Winston Man” for eight years in the 1980s for Winston cigarettes, is used as a source in You Don’t Know Nicotine. He says the anti-tobacco groups didn’t always have bad intentions. Initially, they set out to do good work. “I’m just saying their intentions were good, like mine were, but sometimes greed outweighs fear, so therefore you take shortcuts and you start doing things that you shouldn’t do,” he explains. “And I’m saying that’s what they did. Now we know what we know, and we have the facts. We have the data … we have liars.” 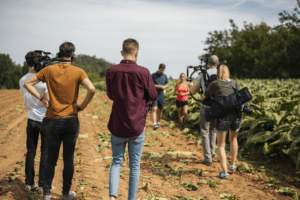 Vapor Voice took the opportunity to ask Biebert seven questions concerning his thoughts on You Don’t Know Nicotine and what he learned during the making of the film without giving away too many (more) spoilers. Access to the film can be found by visiting KnowNicotine.com.

Vapor Voice: What are you most proud of, concerning this film?

Aaron Biebert: I’m most proud of the impact it’s had for those harboring great burdens regarding nicotine. So much shame, fear and even hatred has been reduced by a new understanding of what nicotine is, what it does and why people use it.

Why is it important for the nicotine industry to be exposed for what goes on with both major tobacco companies and anti-tobacco advocates?

I wouldn’t say that we put effort into exposing the nicotine industry or anti-tobacco advocates, we simply aimed to expose the truth and established scientific evidence. My passion doesn’t lie in fighting against people but rather for them. Sometimes anti-science groups and leaders are in the way of helping people, but it wasn’t our intention to expose them.

Do you support vaping and why/why not?

I believe it is a human right to have the accurate information needed to make personal health decisions about nicotine use as well as access to the safest nicotine-delivery system a person chooses without facing shame, stigma or “sin taxes.” There is a scientific consensus that nicotine vapor products are safer than cigarettes, so I believe they should be available and encouraged. I also believe nicotine-delivery systems will continue to improve, and innovation should be encouraged.

What has been your biggest “surprise reaction” that you have had from viewers?

One person who works for more than one anti-nicotine organization wrote a long Twitter thread about her difficult life, why she hated nicotine and how our documentary gave her peace. She then declared that she would resign from her work fighting nicotine use. That was a massive surprise and gave us a lot of hope that thoughtful people everywhere will take a look at the issue and reconsider their positions in light of the scientific information we shared.

What was the most interesting thing you learned from making the film?

It was extremely interesting to learn that there are around 13 possible types of nicotine receptor genes, and each of us has a combination of only six or seven. That means that the effects of nicotine vary widely and that one person’s experience with nicotine could be wildly different than their neighbor’s. It’s important that people have the humility to truly understand they don’t know the effect of nicotine for someone else. 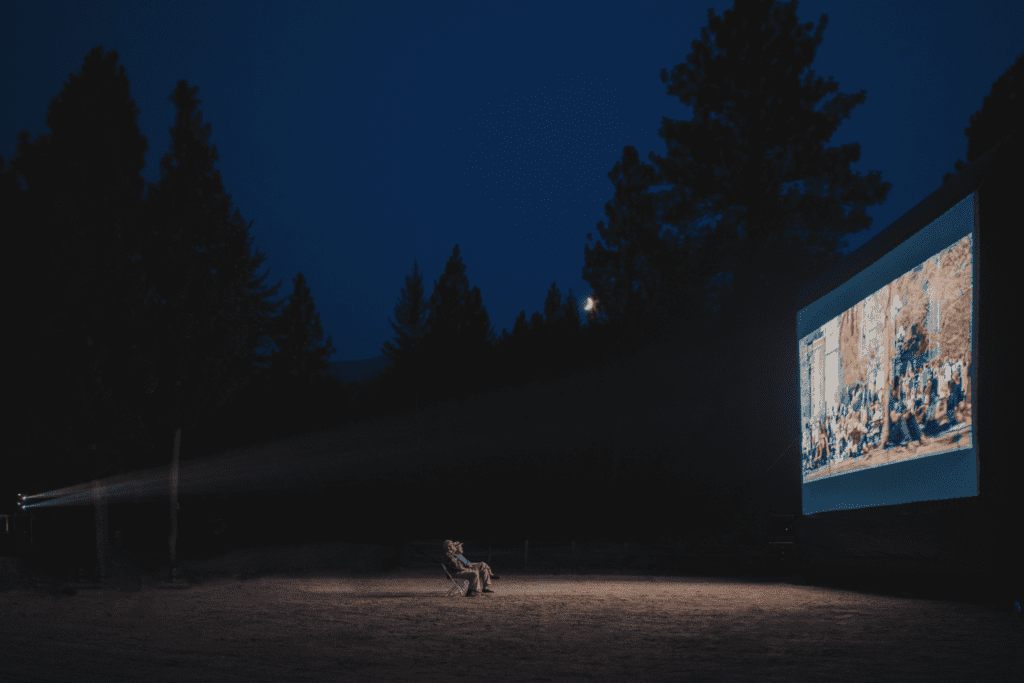 What do you hope this film accomplishes?

I hope this film opens up a new era of discourse about nicotine, the effects of nicotine, the people who use nicotine and the anti-science efforts against the use of nicotine. I hope policymakers, mental health professionals, public health leaders and others view our film as a discussion starter as they reset their understandings of nicotine. It’s too serious of a topic to be operating under 70-year-old, outdated information.

What are your thoughts on the media being slow to report positive studies about vaping because of where they get some funding, which someone mentions in the film?

As a cine-journalist myself, I don’t believe the “media” is slow to report positive studies because of funding conflicts. Rather, it is the nature of media that is the problem. Bad things attract views and clicks. Helpful science is often not sexy enough. Add in 70 years of unscientific reporting on nicotine and you have a general public unwilling to believe what the few excellent journalists do report.

If anything, a lack of funding is the issue. Most high-quality journalism is dead, and this topic is much too complex for most underpaid journalists to cover. With nonstop, biased anti-nicotine press releases from “credible” organizations coming to the desks of overworked reporters, it makes sense that they would publish the clickbait headlines provided to them.

It will take a massive effort to fix this systemic problem.