In late November, the City of Missoula, Montana banned flavored vaping products and not flavored combustible tobacco products. Now, Missoula County is considering using its extraterritorial powers to extend the city’s ban on the sale of flavored vapes and their display five miles outside city limits next week.

If approved, it would be the first time Missoula County applied its extraterritorial powers in four years. The last time it did was related to the city’s smoking ordinance. 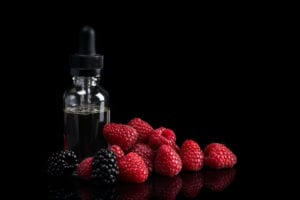 “This initially started with the health board adopting a resolution and asking both the commission and City Council to do something to stop the epidemic of youth tobacco, especially using vape products,” said Shannon Therriault, county director of environmental health. “We were seeing a giant increase in the number of kids becoming addicted to nicotine, and a lot of that traces back to flavored tobacco products.”

The city ordinance goes into effect this month.

The city ordinance bans the display of self-service tobacco products of any kind, except where children aren’t permitted. It also banned the sale of all flavored electronic tobacco products, and made it illegal to sell tobacco to anyone under the age of 18.

“The health board reviewed it and approved. Now, it’s coming to the commissioners to review and approve,” said Therriault, according to the Missoula Current. “If approved, it can be applied five miles outside the city limits. It’s great, because it takes in a large amount of the area – the urban area.”

The original city ordinance included a ban on all flavored tobacco, which had the support of health officials but was opposed by dozens of businesses and tobacco users.