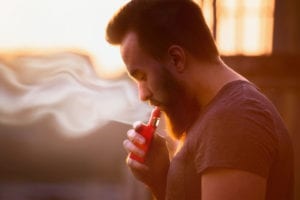 House Bill 137, sponsored by Rep. Ron Marshall, R-Hamilton, aims to amend the State of Montana’s Youth Access to Tobacco Act by clarifying that alternative nicotine products are separate from tobacco products, according to a story on kpax.com

It would also prevent and stop any regulation on nicotine and vapor products by local governments, health boards and the Montana Department of Public Health and Human Services – an agency that attempted to eliminate the sale of flavored e-cigarettes last summer.

“It needs to be addressed,” said Marshall, who was part of a trade association who unsuccessfully sued over former Gov. Steve Bullock’s 120-day flavored e-cigarettes ban as co-owner of Freedom Vapes in Belgrade, Bozeman and Hamilton.

“There’s a lot of holes, and 56 counties in Montana means 56 different sets of rules. Everything should go through the legislative body when it comes to law. It’s just one of those things where everybody needs to be on the same page, and we need to have a clear definition of what these products are.”

Marshall said that HB 137 has been coming for a long time, and with COVID-19, laws restricting alternative nicotine products cause substantial damage to a retailer’s revenue earnings.

“Right now, with the climate out there with COVID and lost jobs and businesses and all that, coming up with another attempt to shut down more business or curtail more business is the wrong answer,” Marshall said. “You’re not only doing that, but you’re also taking away revenue. And that’s revenue that not only goes to the cities and counties, but to the state. Let’s back up and look at the big picture.”

When the Missoula City Council was discussing its flavored vape ban, City Attorney Jim Nugent said it would likely face a lawsuit as it was written at the time. Council members made changes to the ordinance to strengthen it against any legal challenge.

The city’s flavored vape ban will go into effect on Jan. 25, and Missoula County may use its extraterritorial powers to extend the ordinance five miles beyond city limits.

“Instead of a lawsuit, it is now being challenged through the Legislature,” Nugent said.

Councilmember Gwen Jones, one of the five sponsors of the ordinance, said in a statement to the Missoula Current that she hopes the legislature lets the ordinance stand.