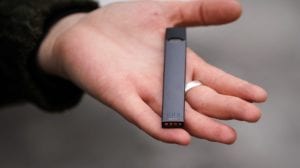 The lawsuit alleges Juul Labs engaged in deceptive marketing practices and marketed its product to minors. Juul Labs has said it has curbed advertising, is less harmful than alternatives and that its customer base is adults.

Board member Amelia McKie made a motion to join the lawsuit, which saw support from district Superintendent Baron Davis, according to an article in The State.

“Sometimes you take on an issue and lend your voice so others who don’t have a voice can have the strength to do so,” Davis said. “So we wanted to join the collective group of school districts that say ‘we believe vaping is wrong and we want to do something about it.’”

The motion to join the suit was a 3-3 vote, meaning it fails. McKie, Cheryl Caution-Parker and Manning voted for joining the suit. Lashonda McFadden, Agostini and Elkins voted against joining the lawsuit. Board member Teresa Holmes was not present at the meeting because she was sick, board chair James Manning said. The board may revisit the issue at a later date.

Board members Monica Elkins and Lindsay Agostini voted against joining the lawsuit because Richland 2 has no data to back up how many students in the district are using Juuls or vapes, they said.

“Richland 2 is a data-driven school district,” Elkins said. “I can’t support something in the dark.”