Recent successful digital marketing efforts reaffirmed BAT Korea’s plans to reach a wider audience for its lower-risk products by promoting them online, according to a spokesperson during “BAT Innovation Day” on Tuesday. 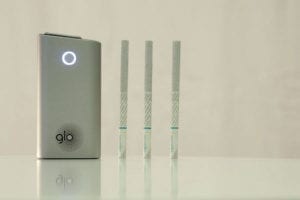 “Sales promotions for Glo Pro last month took place both online and in-store and it was especially well received online and we managed to sell out the stock we prepared quicker than expected,” said Yu Jung-min, head of offline activation at BAT Korea during the online press event. “Diversifying sales channels gave us an opportunity to rebound from a recent decline.”

The global tobacco company used the event to showcase its focus on innovation. The company also offered an industry-first virtual factory tour during the event, demonstrating the technology behind its manufacturing facility in Sacheon, South Gyeongsang Province, where the company is making its first new product of the year, the KENT Double Fresh, and its heat-not-burn (HnB) products, Glo neo sticks.

The BAT Sacheon Factory, which opened in 2002, is now home to some 1,000 employees. BAT is the first foreign tobacco company with a production facility in the country, the company said.

Last year, the company announced it is teaming up with LS Electric to introduce solar power generation facilities at its Sacheon factory, with construction poised to begin in March When completed, the factory is expected to generate up to 1,435 kilowatts of electricity through solar power, which will constitute a “remarkable amount of carbon reduction,” the company said.