Policy experts weigh in on the vaping industry’s future under the Biden administration.

Within days of assuming office, U.S. President Joe Biden issued executive orders to respond to Covid-19, by far the biggest global health threat in over 100 years. It may be months or even years before anyone knows how the new administration and the U.S. Centers for Disease Control and Prevention (CDC) and its new director, Rochelle Walensky, will respond to another major health threat: the 480,000 annual deaths caused by combustible cigarettes.

Vapor Voice interviewed vapor industry leaders and legislative experts for their opinions on how the vapor industry might fare under the new administration. The panel includes:

“Let’s get the junk science funded by big pharma and the tobacco Master Settlement Agreement out of the narrative of harm reduction. The federal government must be guided by the best science to ensure responsible decision-making.”

“Vaping is, for many smokers, a life-saving health decision. It is much safer than smoking and is literally saving the lives of smokers who would likely die if they weren’t able to stop smoking.”

Anton: During the Biden administration, SFATA is taking the lead in youth prevention with the creation of the Responsible Industry Network, which we presented to HHS and the FDA. This would allow adults to access flavors while protecting small businesses through the FDA’s PMTA (premarket tobacco product application) process.

Adults need access to products that help them transition away from combustible cigarettes, so unfavorable e-cig policies and flavor bans should not be on their agenda. Vaping is truly a good tool for tobacco harm reduction. The industry is made up of former smokers who strive to develop the best manufacturing practices without the FDA’s help. To protect against youth use, SFATA supports the enforcement of T21 [Tobacco 21], passed by Congress and signed by the president. Covid[-19] policies have prevented true enforcement.

Finally, the CDC should always give true assessments and release reports to the media and medical and public health journals. Last year, the CDC failed to give a full accounting of EVALI (vaping-related lung illnesses), when they should have made a declarative statement that vaping nicotine e-cigs was not the cause.

Conley: Sadly, there is no use answering this question as there’s no indication whatsoever that the Biden Administration will make favorable decisions with regard to vaping products. I would be thrilled to be wrong, but after a decade of fantasizing about smart policy and regulations and only getting the opposite, it’s time to stop dreaming and work within the broken system we have. 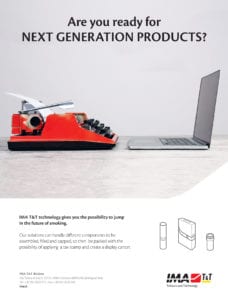 Siegel: Introduce legislation to ban the sale of tobacco products, including vaping products, with the exception of stores only open to [consumers] 21-plus that only sell these products. And direct health insurance companies to cover electronic cigarettes just as they cover other forms of nicotine-replacement therapy.

Encourage physicians to promote vaping for smokers who are unable to quit using other means. And direct the CDC, FDA and other national health agencies to endorse the use of vaping products for smoking cessation, especially when traditional medications do not work. Finally, discontinue the requirement for PMTAs for vaping products and, instead, directly regulate these products by forcing the FDA to promulgate safety regulations.

Sweanor: Follow the science on relative risk and communicate truthfully with the public. And empower those who use nicotine to have control over their health though ready access to a wide range of low-risk alternatives to cigarettes and risk proportionate regulation of the spectrum of products. Access to alternatives to cigarettes should be no less urgent a public health goal than access to Covid[-19] treatments and vaccines. Government policy should reflect this urgency.

What were the most egregious policies implemented during the Trump administration?

Anton: Clearly, CDC misinformation about EVALI, falsely accusing e-cigarettes and seeking to ban flavors without sufficient scientific evidence is high on the list of misguided policies. And despite all the research to the contrary, they created hysteria by calling e-cigarette use by minors an ‘epidemic’ when it was not. The true epidemic is 480,000 smokers dying every year from smoking combustible cigarettes.

Conley: [Former]President Trump created a wave of issues when he declared that flavored vaping products should be banned because they were killing people. He was undoubtedly being fed bad information from his advisors, but it was ridiculous coming from the supposed pro-business, anti-regulation POTUS. Even Trump’s biggest fans realized that one of his flaws was his inability to hire competent people who shared his worldview. Putting Alex Azar in as Secretary of Health and Human Services assured there would be no positive movement to reform vaping regulations at any of the agencies HHS oversees.

Siegel: The ban on flavored e-cigarettes in pod systems and the requirement that companies must submit PMTAs to stay on the market both need to be reversed. There does need to be regulation of nicotine strengths, especially for nicotine salts, but getting rid of flavors isn’t going to solve the problem of youth vaping, and it is hurting many adult ex-smokers.

Sweanor: I think the biggest failure was the failure to remove the mounting barriers confronting less hazardous products such as e-cigarettes. After a steep decline in cigarette sales by substituting safer products, particularly vaping, cigarettes started making a comeback as the CDC and other agencies engaged in a massively misleading campaign against vaping.

Meanwhile, the FDA put vaping at a marketplace disadvantage compared to cigarettes. Research showed those most at risk were misinformed about the relative risks.

At the end of Biden’s term, what state do you think the vaping industry will be in?

Anton: The outlook is not very bright for the small vaping industry based on Biden’s cabinet selections; many have anti-vaping outlooks and ignore the multitude of studies in support of the harm reduction potential of vaping products. The focus has been on youth use even though it’s decreasing at record levels. Much of the vapor industry success or demise will hinge on the Biden administration’s willingness to look honestly at the science. Additionally, Congress has pushed to ban flavors despite the fact that flavors are an important tool for the average smoker to quit smoking.

Politics have clouded the potential of this industry’s ability to reduce harm in the U.S. regarding smoking combustible cigarettes. If the Biden administration follows this path, we will be worse off. But if they choose science and real life, it will be better. Much hinges on the role the FDA will play in issuing marketing authorizations.

Conley: Right now, most adult vapers can easily access tens of thousands of different vaping products in every flavor you can think of. While there will always be a gray market and internet sales, the legal market will never be as free as it is today.

Four years from now, there will still be a legal market for tobacco-derived nicotine vaping products authorized by the FDA. It may not be a great market, but it will exist. Companies with authorized products will do everything in their power to disrupt the gray market such as stand-alone devices, nicotine-free or tobacco-free nicotine e-liquids that many vapers rely on.

Siegel: It will probably be worse off. If the administration enforces the PMTA rules, many vaping products will be taken off the market. Big tobacco companies and a few large independent companies will dominate the market. The growth of the e-cigarette sector will wane. Many ex-smokers will return to smoking, and e-cigarettes will no longer serve as an off-ramp for as many smokers.

Sweanor: Ultimately, disruptive technology, science, rationality and human rights will win, and cigarettes will go the way of previous categories of unreasonably hazardous goods and services. The question of whether that happens within four years depends on the way politics unfolds and the emergence of leaders who see the opportunity and relentlessly pursue it.

Is limiting the level of nicotine a viable solution for users of conventional tobacco?

Conley: Bloomberg-funded prohibitionists and legislators who can’t differentiate between classes of vaping products are not going to be swayed by nicotine limits. Their goal is prohibition. When you give in to the prohibitionists, all you’re doing is guaranteeing they’ll be back next year to argue that we need flavor bans because nicotine limits didn’t work.

Siegel: Yes. Limiting nicotine in e-cigarettes will help reduce youth addiction to these products. There is also evidence that very low nicotine cigarettes can result in much lower levels of addiction in cigarette smokers.

Sweanor: No. It’s a replication of the disastrous Volstead Act that ushered in Prohibition, which forced beer and wine to have no more than a minimum level of alcohol.

The total U.S. nicotine market is over $80 billion, and the cigarette market alone is over $60 billion, with tens of millions of consumers. The products are far more dependence-producing than alcoholic beverages. A prohibitionist policy is very unlikely to garner political acceptance and could rapidly lead to the sort of entrepreneurship and criminality long associated with other abstinence-only campaigns.

Many who are pushing for such a policy also oppose the wide availability of consumer-acceptable low-risk alternatives to cigarettes, demonstrating that this is a flawed moralistic strategy rather than a pragmatic public health one.

What chance do any of these proposed changes/solutions have at being implemented?

Anton: The previous FDA leadership has called the millions of smokers who have transitioned from combustible cigarettes to flavored vapor products ‘anecdotal evidence’ without investing any funds into research. The Biden administration and the new FDA leadership now has the opportunity to affect public health on a massive scale by investigating this hypothesis.

The U.K.’s National Health policy recommends that smokers who want to quit switch to vaping. They recognize vaping is safer than cigarettes. This is from the country that put warning labels on cigarette packs four years before the U.S. The Responsible Industry Network is a framework that will help prevent youth access, limit marketing to age-restricted stores and develop a pathway to prevent the loss of tens of thousands of small businesses. It brings together all the elements of the Tobacco Control Act (TCA)—protecting youth from smoking and tobacco use while assisting millions of adults who are trying to stop smoking.

While these are foundational items of the TCA and the FDA, politicians are missing the opportunity to help millions of current smokers because vaping is so politicized and youth use and access to vapor products has been blown out of proportion.

Siegel: The likelihood [that] these policies will be implemented is very low. I just don’t think the mainstream tobacco control and health organizations support the idea of harm reduction in tobacco control.

Sweanor: I have little ability to discern the likelihood of rational policies, in part because the current politics around nicotine seem to favor a War on Drugs mentality where the pursuit of total abstinence takes precedence over a public health orientation. Much will depend on Americans who use nicotine, a demographic Biden appears to care very much about.