The Altria Group Inc. asked the U.S. Food and Drug Administration (FDA) for its help in convincing Americans that nicotine isn’t linked to cancer. In a letter to the regulatory agency, the maker of IQOS and Juul products asked for the FDA to assist in combatting misperceptions about nicotine as part of a proposed $100 million advertising campaign to reduce the harm caused by tobacco. 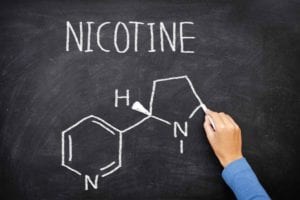 According to a letter seen by Bloomberg, Altria states that nearly three-fourths of U.S. adults incorrectly believe nicotine causes cancer, citing government research. Clearing up the drug’s health risks will be key to the agency reducing smoking combustible cigarettes because it will help convince cigarette users to switch to noncombustible options for nicotine, the company said.

While there are at least 60 well-established carcinogens in cigarette smoke, it’s been known for years that nicotine isn’t the direct cause of many of smoking’s ills. The drug has even been touted as a way to ease tension and sharpen the mind. But nicotine is the ingredient that addicts people to tobacco products, and it has risks, according to the National Institute on Drug Abuse, a government agency.

The FDA “should commit resources and expertise to correct the deeply entrenched public misperceptions regarding the health risks of nicotine,” Paige Magness, Altria’s senior vice president of regulatory affairs, said in the letter dated Feb. 25. Such a campaign would help the agency by getting more smokers to use noncombustible offerings that “may present lower health risk,” according to the letter.