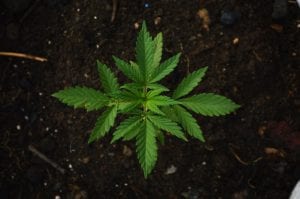 “The companies we are bringing to market fully align with Greenrose’s core objectives,” CEO Mickey Harley said. “We are targeting strategic assets in several key states that present opportunities for further consolidation as we seek to deepen our presence, particularly in the West.”

The acquisitions will give Greenrose, a special purpose acquisition company, legal-weed operations in seven states – Arizona, California, Colorado, Connecticut, Michigan, Nevada and Oregon. Greenrose said in a statement that the acquisitions will create “a vertically integrated and cash flow positive platform positioned for significant growth.”

Media reports say Greenrose is betting on the nation’s pot industry opening up soon. According to Sharik Khan with Reuters, dealmaking in the U.S. cannabis industry has surged in recent months on expectations that President Joe Biden’s administration will relax federal prohibition and make it easier for companies to operate similarly to rivals in the alcohol or tobacco industries.

The combined company will have nine dispensaries and over 300,000 square feet of cultivation space, Greenrose said. Greenrose said it expects to temporarily move from the Nasdaq to over-the-counter trading because companies growing or selling marijuana in the U.S. cannot list on major stock exchanges.

The company also plans to list on Canada’s NEO exchange after the deal closes, though there is still a chance it may not have to leave the Nasdaq, Harley told Reuters.