Spyder Cannabis Inc. has closed on its acquisition of 180 Smoke, a Canadian e-cigarette retailer. On March 30, Spyder purchased all of the shares of 180 Smoke from CRHC Holdings Corp., parent to 180 Smoke. on a cash-free basis (after post-closing adjustments), for nominal consideration. Additionally, Spyder secured a strategic institutional investor to lead the acquisition of all the existing debt of 180 Smoke, according to a press release. 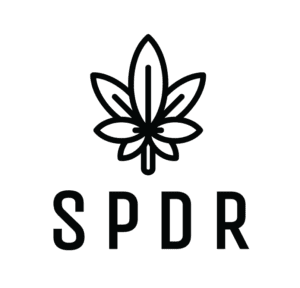 “We are extremely excited to welcome 180 Smoke to the Spyder team, which undoubtedly strengthens our management and operating teams bringing strong retail processes and expertise to Spyder,” said Dan Pelchovitz, president and CEO of Spyder. “The acquisition of 180 Smoke significantly accelerates the development of Spyder’s cannabis and vape retail growth strategy, providing access to an iconic brand name, an established platform, and a loyal customer base. We are excited by the prospects ahead of us and executing on our immediate cannabis retail expansion plans in Ontario.”

Spyder will have the ability to utilize its wholly-owned subsidiary’s Retail Operator License issued by the Alcohol and Gaming Commission of Ontario (AGCO) to convert some of 180 Smoke’s existing vape retail locations to licensed cannabis dispensaries by obtaining a Retail Store Authorization from the AGCO, the release states. The acquisition is expected to immediately increase Spyder’s consolidated revenue with the addition of 180 Smoke’s nicotine vape sales, franchise revenue and other wholesale and distribution revenue which generated approximately $12.9 million in unaudited net revenue with gross margins of 50% during the year ended December 31, 2020.

180 Smoke’s 91 employees who will continue to operate 180 Smoke’s 18 brick-and-mortar vape retail locations, 8 franchises, and its corporate head office and distribution warehouse, following the closing of the acquisition.180 Smoke’s current customer base includes 92,481 in-store accounts, 98,052 online accounts, as well as 235 specialty wholesale vape B2B accounts, according to the release. Spyder expects to integrate its 2 brick-and-mortar vape retail stores with those of 180 Smoke’s to “leverage the acquired know-how and intellectual property, including retail store design and layout, standard operating procedures, administrative systems and customer support, human resources and staff training, and accounting.”