A bill that would ban South Carolina cities and counties from limiting sales of vaping products and traditional tobacco products is advancing in the state’s House of Representatives. 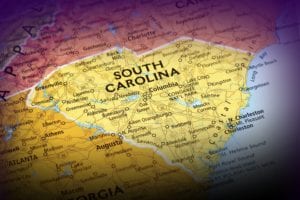 A 15-7 vote April 6 by the House Judiciary Committee sent the bill to the House floor for debate. Advocates said they don’t want local governments to create a mishmash of fees and rules across the state that hamper businesses and cut into state tax collections, according to an article in The Post & Courier.

State taxes on cigarettes, cigars and “other tobacco products” (which includes vapor) tallied nearly $146 million last fiscal year, according to the state Revenue and Fiscal Affairs Office. Opponents include more than a dozen public health groups which have urged legislators to reject the proposal co-sponsored by both the chamber’s Republican and Democratic leaders.

As amended, the measure grandfathers in any local ordinances enacted before Dec. 31, 2020. That would allow Myrtle Beach to keep in place its ban on sales of tobacco, hemp oil and vaping products within a 10-block section along Ocean Boulevard, if it survives a court challenge. It’s unclear how many other local rules exist. Advocacy groups that represent local governments did not immediately know.

“The idea is we establish a statewide standard and don’t have a hodgepodge of rules related to these products,” said state Rep. Micah Caskey, R-West Columbia. “This is an attempt to get ahead on this issue so we don’t end up with more.” The bill does not affect local governments’ ability to use zoning laws to regulate where tobacco businesses can locate within their borders.