The governor of New Mexico on Monday signed a bill to legalize marijuana in the state, as well as a separate measure to expunge records for people with prior, low-level cannabis convictions. 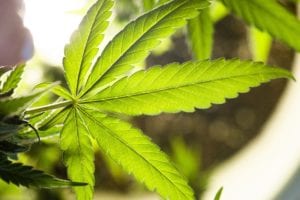 Gov. Michelle Lujan Grisham (D) gave final approval to the legislation, a key accomplishment for her administration after she listed legalization as a 2021 priority, according to Marijuana Moment. Although lawmakers failed to pass a legalization bill before the regular session’s end last month, the governor convened a special session to ensure they got the job done.

“The legalization of adult-use cannabis paves the way for the creation of a new economic driver in our state with the promise of creating thousands of good paying jobs for years to come,” the governor said in a press release. “We are going to increase consumer safety by creating a bona fide industry. We’re going to start righting past wrongs of this country’s failed war on drugs. And we’re going to break new ground in an industry that may well transform New Mexico’s economic future for the better.”

Provisions of the legalization bill and expungements legislation were initially included together in the same package that passed the House during the regular session but later stalled on the Senate floor. When the special session started, however, supporters split up the legislation to win favor from Republicans and moderate Democrats who expressed opposition to the scope of the original proposal.

With Lujan Grisham’s action, New Mexico is the third state to formally end cannabis prohibition within the span of days. New York Gov. Andrew Cuomo (D) signed a marijuana legalization bill into law late last month, just hours after lawmakers sent it to his desk. In Virginia, lawmakers last week accepted amendments to a legal cannabis bill that were suggested by Gov. Ralph Northam (D), giving final passage to the bill that they had initially approved in February.