Charlie’s Holdings, parent to the Charlie’s Chalk Dust and Pachamama brands of vapor and CBD products, announced today that its Pachamama Disposables e-cigarettes are the fastest selling new product in the company’s history. Introduced to the U.S. market last month,  the company says it sold out of its entire initial stock in fewer than 21 days, according to a press release. 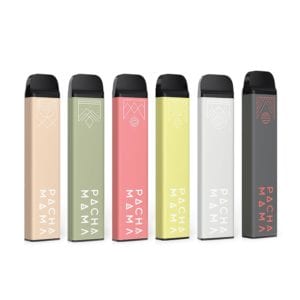 “It is estimated that more than 20 percent of the world’s population consumes nicotine in some format. As a company, we believe that our new technologies and products can provide adult consumers with a better, more responsible and therefore more enjoyable means of experiencing nicotine,,” Brandon Stump, CEO of Charlie’s Holdings, said. “Now that we have launched Pachamama Disposables in the United States, later this year our distribution will expand into more than 75 international markets where we expect to introduce millions of adult consumers to the extraordinary Pachamama sensory experience. We are very excited about what this launch – and the new $600 million market opportunity – will mean for our customers and our company.”

Market share data shows that disposable e-cigarettes already represent a $600 million – and growing – market in the $7 billion total U.S. e-cigarette market, according to the release. The company launched the disposable product to meet the needs of consumers by providing an “adult-only, recreational use, consumer product that is simple to use, discreet, and immensely satisfying.”

Earlier this month, Charlie’s Holdings announced that it has closed a $3 million capital raise through the private sale of 351,669,883 shares of common stock to the company’s founders, Brandon Stump, CEO, and Ryan Stump, COO, according to a press release. The company intends to use the proceeds from the offering to drive substantial future growth, facilitate new product launches, increase working capital, retire outstanding debt, and for other general corporate purposes.