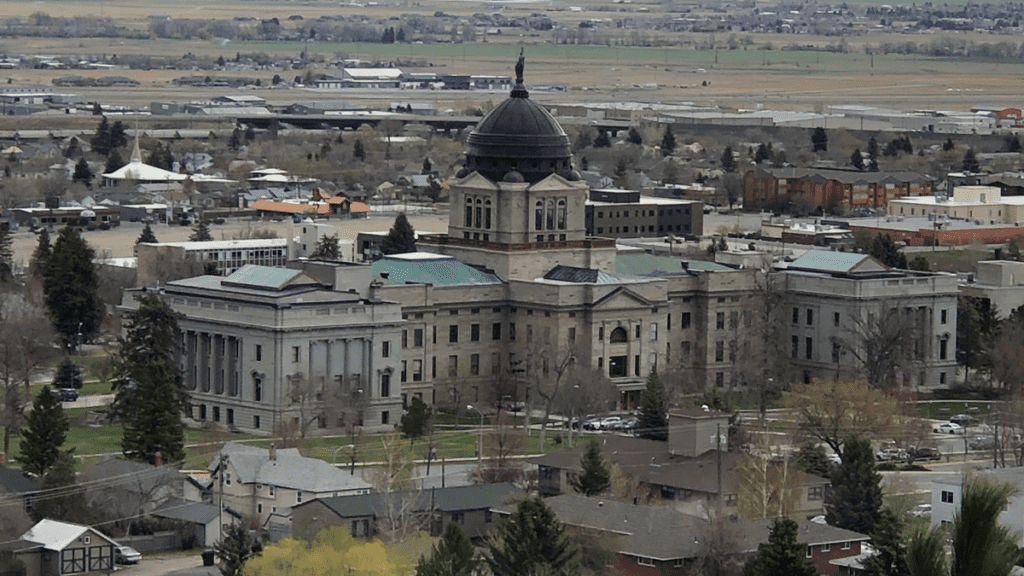 Ron Marshall, who owns Freedom Vapes with three vape shops in Montana, is taking the right to vape to the people’s house. Marshall ran for election to the Montana House of Representatives and won in the general election last November. A Republican, Marshall assumed office in January and will represent District 87—a section in the far western region of the state—for the next two years.

Even before he took office, Marshall worked on two pro-vaping bills—B106, which seeks to prohibit expansion of the Montana Clean Indoor Air Act, and HB137, which seeks to revise the laws around vaping and alternative nicotine products. “Writing laws should be done in this house—the people’s house,” Ron Marshall told members of the House Human Services Committee during a hearing at the state capitol in January.

Making a Difference at the State Level

Although the U.S. Food and Drug Administration classifies vapor devices as tobacco products, Marshall’s bill HB137 seeks to differentiate the two. If passed, the bill would cancel bans on indoor vaping and on the sale of flavored nicotine solutions as well as previous anti-vaping regulations enacted by various counties and cities in Montana.

In short, the bill would prevent the state of Montana from regulating the sale, manufacture, flavoring, marketing, product display, public exposure and access to “alternative nicotine products or vapor products.” Opponents said the bill would prevent individual communities from deciding what is best for them and that enacting the legislation would result in increased use of the addictive flavored nicotine products by young people.

Vapers and vape shop owners gave passionate testimony in favor of the bill, asserting that the state legislature should adopt rules for businesses that ensure reliable access to vapor devices, which are primarily used by smokers to help them quit combustible cigarettes. “Everyone that owns vape shops share the same mission as myself and my family—to help people whom everyone has forgot[ten] about—the daily smokers,” testified Keith Bowman, part owner and general manager of six e-cigarette vape stores in Montana.

In 2019, the Montana Department of Public Health and Human Services enacted an emergency rule prohibiting the sale of flavored e-cigarettes. Last November, the city of Missoula became the first in the state to permanently ban the sale of flavored e-cigarettes. The state health department also proposed a permanent statewide ban on flavors but ultimately backed down after facing pushback from legislators. Nearly a dozen counties in Montana prohibit indoor vaping.

These anti-vape policies have harmed vape businesses across the state, Marshall said. “During the 2019 session, we defended against eight anti-vaping bills around taxes and clean indoor air. It was out of control,” he said. “We have no problem with sales to customers 18 years or older. The shops had already been doing that without being told. We wrote our own bill to curb youth access through store purchases. It didn’t make it out of committee, but the seeds had been sown.

Marshall finally decided to take the fight to the people’s house and ran for the House of Representatives in his district.

“Our current representative termed out, and the seat was open. After a three-way primary and general election, we won! It was a great feeling and a sobering experience,” he said. “The experience you have in everyday life is transmitted to how I look at legislation. If it sounds fishy, it probably is. Ask tough questions. Every time you vote on a bill, it will change someone’s life.”

The Joy of Helping Others Quit Smoking

The Marshalls started their vape business in 2014 after Ron’s wife Deanna suffered from a bad respiratory infection. “She used a disposable V-2 device that someone had recommended, and it worked great for her. After about 10 days, the infection healed. She tried to smoke a cigarette, but it was so disgusting, she couldn’t do it.

“Being a smoker myself, I gave it a try,” Marshall said. “It was good, but not great. Deanna searched the internet looking for something better and found it in the form of SMOK Ego pens. We gave them a try, and it was perfect for both of us. It took me about 10 days to quit smoking completely.

“After that, several people asked us how we did it. The answer was simple. The hard part was accessibility. There were no vape shops in Montana.”

So, in February 2014, the Marshalls opened their own vape shop. “It was slow at first. Deanna put all her time and energy into it. I was only able to be in the shop two days a week,” Marshall said. “But after it took off, it was great. The joy of helping others get away from smoking and improving their lives was a reward that cannot easily be explained.”

Freedom Vapes now has 10 employees with stores in three locations—Hamilton, Missoula and Belgrade. The Marshalls said most of their customers vape as a way to wean themselves off combustible tobacco products. While they and other vape shops refuse to sell products to anyone under age 18, young people can still buy products online, Marshall said.

And while all of Freedom Vape’s flavorings are water-based, online products can potentially contain harmful contaminants. Still, other vapers may resort to mixing their own vape juice if a ban goes into effect.

“That’s very dangerous,” Marshall said. “If they don’t get the right flavoring or use oil-based materials, they can harm themselves. We tell our customers not to buy anything off the street or use any product if they don’t know its source. This ban won’t make the problem go away. It will make it more of a problem.”

Perspective From the ‘Inside’

Marshall said it’s totally different being on the “inside.” “It’s a whole different outlook. I spend lots of time in committee hearings on lots of issues. Plus, you need to draft your own legislation and get it through the system.” 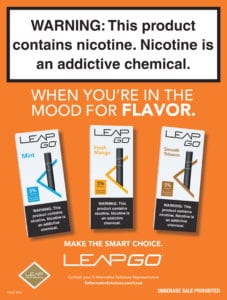 Marshall had worked on his bill HB137 even before he was elected. After the election, a legislative drafter contacted him to ask what section of the Montana code the bill dealt with. A rough draft was sent back to him for input and adjustments before going through legal and other reviews.

“Once it was done, I signed the bill, and then it was off to committee assignments. The committee’s job is to look at the intent of the bill. The intent of HB137 is simply to prevent local cities, counties or state bureaucrats from banning a legal product. It defines and categorizes flavors and definitions of alternative nicotine products and vapor products.”

HB137 then made its way out of committee and on to the floor of the House. When the hearing was held in the House Health and Human Services committee, it was loaded with all the ANTZ (anti-vaping) groups. “It was easier for them to load the hearing with opponents—most of whom were from out of state—because they had to use Zoom during this Covid stuff. We have heard this all before. Nothing new here,” Marshall said.

Montana’s 100 lawmakers then debated it on the floor. “It was tough, but it made it,” Marshall said. The vote was 62 in favor and 37 opposed. “Some of the opposed injected their own personal beliefs into the vote. That is bad policy. You should not dictate your lifestyle on others.

“As a representative of the people, it is their—the people you represent—decision. If HB137 makes it through the Senate and to the Governor’s desk, it will make sure that the people of Montana have access to a product they want.

“It will ensure that small businesses won’t be shut down and closed. Montana will be a vape-friendly state for both consumers and business owners.”