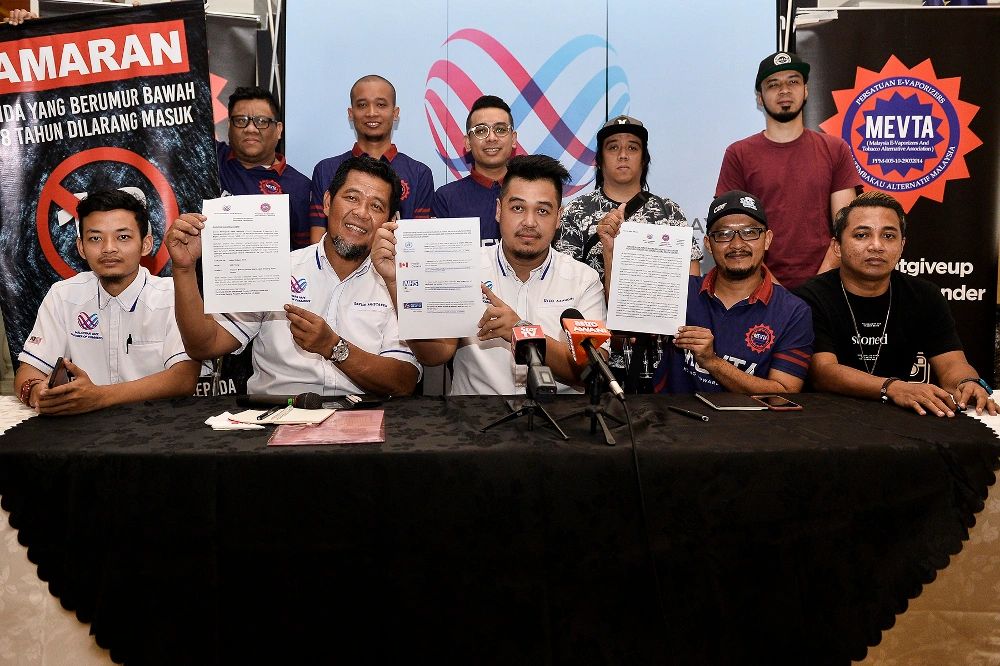 Malaysia’s vapor market has grown to an estimated $558 million with the help of small-sized and medium-sized businesses.

The Malaysian vaping industry is valued at MYR2.27 billion ($558 million). The figure is one of the primary findings of the recently released Study on the Malaysian Vaping Industry report, commissioned by the Malaysian Vape Chamber of Commerce (MVCC). The report states that the size and scale of the Malaysian vapor market continues to grow, fueled by a majority of small-sized and medium-sized enterprises (SMEs) and driven by Malaysian entrepreneurs.

“It is estimated that there are more than 3,300 businesses directly within the vape industry in Malaysia with a workforce of more than 15,000 workers,” MVCC president Syed Azaudin Syed Ahmad said. “This industry is contributing positively to the national economy, and if regulated appropriately, will also contribute to the government’s revenue.”

Malaysia is in good position to attract foreign direct investments (FDI) into the vaping sector as other sectors are seeing challenges to attract investments, according to Syed Azaudin. Malaysia has approximately 1.12 million vapers or approximately 4.9 percent of the total Malaysian population, according to the National Health and Morbidity Survey 2019 from the Malaysian Ministry of Health.

“MVCC believes the vaping sector is ready and capable to attract quality FDIs given its established ecosystem that global investors and multinational companies would find appealing,” he said. The global e-cigarette and vape market size is expected to reach $67.31 billion by 2027, registering a revenue-based CAGR of 23.8 percent from 2020 to 2027, according to a study conducted by Grand View Research.

“Correspondingly in Malaysia, the growth of the vape industry is on an upward trend, showing a CAGR growth of 44 percent in 2019 compared to 2018, which represents a significant economic potential for the country,” the report states. “Comparatively, other up-and-coming fast-growing sectors in Malaysia, such as the growth of e-commerce, is expected to increase at a CAGR of 14.3 percent between 2020 and 2024 while the technology market is expected to garner a CAGR of 8.9 percent between 2019 and 2023.”

The report estimates that workers in the vape industry were paid up to MYR450 million in wages in total in 2019. The MVCC commissioned Green Zebras, a market research agency, to conduct the study. The study was aimed at assessing the value of the Malaysian vape industry and its contribution to Malaysia’s economy.

“Regulating the growing vape industry will go a long way not only in contributing to Malaysia’s economy but also in expanding FDI into this industry, which is growing rapidly in the region,” the report states. “Ultimately, regulating this industry has many positive knock-on effects, including adding revenue in the form of taxes to the government.”

The Malaysian government implemented an excise tax on vape devices and e-liquids, which took effect on Jan. 1, 2021. Vaping devices are subject to an excise duty of 10 percent as well as an excise duty of MYR0.4 per/ml for e-liquids. However, the tax regime has since been clarified that it is only a tax on nonnicotine-based products. Syed Azaudin says the organization believes that the tax regime needs to be broadened to include e-liquids with nicotine, which make up 97 percent of the Malaysian market. That would allow the vapor market to contribute to the Malaysian government’s revenue more effectively.

“The Malaysian vaping industry has significant potential that can be unlocked with practical and comprehensive regulation that must include the use of e-liquids with nicotine. This will spur the growth of SMEs, which will in turn create jobs and generate tax revenue for the government,” added Syed Azaudin. “MVCC has spearheaded this study in order to provide the government with a solid data-driven foundation to immediately introduce regulations on the vape industry. Even though the government had decided in 2016 to introduce regulations for this industry, none have been instituted so far for the past five years.”

Another recent survey suggests that a large majority of Malaysians want the government to regulate the vaping industry more heavily. The Malaysian Insights & Perspectives on Vape survey, commissioned by the Malaysian Vape Industry Advocacy (MVIA), showed that 87 percent of Malaysians agree that a tax should be imposed on vaping products, and 74 percent think that the revenue collected from vape products could be spent by the government on important sectors, such as education.

A sample size of 1,025 Malaysian adults were polled and “is reflective of the perception of all Malaysian adults nationwide.” Also conducted by Green Zebras, the survey was commissioned to get a better understanding of Malaysians’ perceptions on vaping and its use as a method of tobacco harm reduction, according to the MVIA.

The MVCC report states that the additional benefits of regulating the industry and providing standards are higher quality products that will likely strengthen demand, elevate innovation and broaden consumer choices. The overall market will benefit from factors like cost-effectiveness as well as strengthening of distribution channels, which will drive growth. Local players will also be able to expand operations both globally and locally.

“It is expected that regulations will create certainty and lead to more investments into the market to provide choice and innovation of products, thereby elevating and spurring SMEs to raise their standards, quality and expertise,” said Syed Azaudin. “As the vape market continues to expand worldwide, this will also enable Malaysian players to have the opportunity to compete in the global market.”