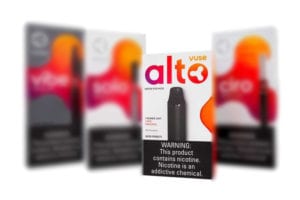 Fuma lead counsel Dirk Thomas of said in an email that the company is pleased with the ruling and “looks forward to presenting the rest of the case, including its damages claims, to the Judge and the jury,” a Reuters story states.

RJR spokesperson Kaelan Hollon said in an email that the company “looks forward to proving at trial that the Fuma patents are invalid” and that Solo doesn’t infringe the part of the patent still at issue. Fuma sued RJR in 2019 for infringing two of its patents that outline types of e-cigarettes made of a cartridge and power source.

According to Fuma’s complaint, RJR copied Fuma’s designs after meeting with Fuma about its e-cigarette technology in 2010. RJR introduced the Vuse Solo in 2013 and the Vuse Ciro in 2017. Vuse is one of the most popular e-cigarette brands in the country.

The parties only disputed whether Solo and Ciro included three relevant elements of the patents. Eagles found that the products included two of the disputed elements and infringed both patents, but that the question of whether they included the third element should go to trial.

The Vuse Solo has one of the patents’ “electrically conductive portion” that couples the cartridge to the power source, and the Vuse Ciro has a type of airflow passageway featured in both patents, Eagles said. However, remaining factual issues justified a trial on whether the Solo has the “electrically conductive threaded portion” from a Fuma patent. RJR provided enough evidence to show that the relevant part of its device may not be “threaded” under the patent’s definition, Eagles said.