Harm reduction advocates worry about the effects on vapers when the USPS implements PACT Act requirements for ENDS.

The United States Postal Service (USPS) has delayed the implementation of a requirement to place electronic nicotine-delivery systems (ENDS) under the same shipping rules as combustible cigarettes. As of this writing, the USPS has not published its final rule for mailing ENDS products in the Federal Register. The USPS has stated that the rules will take effect immediately when the final rule is published.

The rule has been delayed because the USPS is still determining how it will handle the broad definition of ENDS set by the U.S. Congress and how the USPS will process and determine eligibility for companies seeking an exception to the Prevent All Cigarette Trafficking (PACT) Act rules. For example, CBD vaping devices fall under the ENDS definition, but it is believed that it was not the intent of Congress to ban the mailing of hemp products. No date has been announced for when the USPS intends to publish the final rule.

Emily Burns, of counsel for the Green Light Law Group, noted that while the USPS could have banned vaping products altogether as part of the new rule, the USPS is now taking time to revisit the implications of an all-encompassing prohibition on shipments of vaping products. She wrote in the firm’s blog that the USPS must not exceed its own legal authority under the PACT Act by regulating vaping products that fall outside the definition of tobacco product as such a rule could be subject to challenge by various industry groups.

“If lawmakers intended to truly change the way the federal government defines ENDS to include nontobacco and non-nicotine products, it is rational to assume that Congress would have also amended the [Tobacco Control Act] to allow the FDA to regulate these other substances. The strategy moving forward should be to encourage USPS to specifically focus on the ENDS market … anything done in relation to cannabis or hemp should be seriously challenged by the industry.”

The USPS confirms Burns’ concerns and has stated that the process is turning out to be more complicated than just ending all vape mail of vapor products. On April 19, the USPS issued guidance for exemptions to the requirements for mailing all vapor products, including cannabis. The USPS was inundated with exemption applications, none of which will be addressed until the final rule is published, according to the USPS.

The USPS refers to possibly exempting cannabis products in its guidance. Other exceptions include intrastate shipping within Alaska and Hawaii, shipments between businesses engaged in tobacco product manufacturing, distribution, wholesale, export, import, testing, investigation or research, shipments by individuals for noncommercial purposes (including return of goods to manufacturer), limited shipments by manufacturers to adult smokers for consumer testing, and limited shipments by federal agencies for public health purposes. 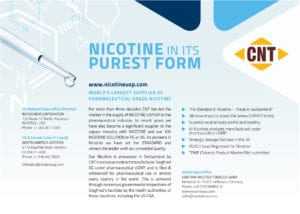 For cannabis-based product exemptions, the guidance states that “mailers must retain, and prepare to make available upon request, records establishing compliance with all applicable federal, state and local laws pertaining to hemp production, processing, distribution and sales, including the [2014 Farm Bill] and [2018 Farm Bill].” The guidance says such records may include “laboratory test results, licenses and compliance reports.”

Burns stated that the USPS guidance also indicates that cannabis products with greater than 0.03 percent THC would be nonmailable if they are deemed to be drug paraphernalia for purposes outlined under the Controlled Substances Act (CSA), which includes a federal ban on mailing drug paraphernalia that already exists outside of the PACT Act. However, the CSA prohibition on drug paraphernalia does not apply to “any person authorized by local, state or federal law to manufacture, possess or distribute” such items.

“In the case of medical and recreational cannabis states that have removed criminal statutes penalizing drug paraphernalia used to consume cannabis, anyone who is shipping from one legalized state to another would technically fall under the paraphernalia definition exception, thus providing a legal basis for exception from the PACT Act requirements,” Burns states.

The move to place ENDS under the PACT Act has been heavily scrutinized. Several harm reduction advocates say the new rule will bring unintended and deadly consequences. During a seminar sponsored by Hall Analytical in mid-May titled “PMTA and Beyond: A Global Outlook on ENDS Regulatory Requirements,” David Lawson, CEO of Inter Scientific, said that placing vaping products under the PACT Act only serves to benefit large tobacco companies and could push former smokers who shop for vaping products online back to combustible cigarettes.

“If you’re a large tobacco company in the U.S., you most likely sell directly to the likes of Walgreens and these kinds of stores. They then sell them to consumers. Many of the independent vaping companies and manufacturers, they sell online. The PACT Act doesn’t really impact store sales. It only impacts online sales,” explains Lawson. “So a company who relies entirely on online sales may have gone through the [submitting a premarket tobacco product application (PMTA) to the U.S Food and Drug Administration] process. They’re now risking the potential for not being able to ship to their clients at all. I think from that perspective, it’s quite negative and damaging.”

Lawson said that what lawmakers failed to realize when moving ENDS under the PACT Act is that online retail has the advantage of being able to do more thorough ID checks than a local mom-and-pop shop. A credit card is needed for an online purchase, for example, along with a photo ID. At a brick-and-mortar store, a youth simply needs a fake ID and cash. “It’s much easier to do detailed checks on people online than it is to do them in store,” he said. “It is a growing concern for the U.S., the ability of youth to get access to ENDS, but I think, from the experience I’ve had, from what I’ve seen from our clients in the U.S., the kids aren’t getting the products online.”

Another consequence of the PACT Act is that when adult consumers who purchase vaping products online can’t get their products anymore, they may go back to smoking combustible cigarettes, which are more readily available in local stores, according to Lawson.

“In the U.S., if you’re buying a specific product online, certainly it’s not going to be available anymore. You have the option there to try and find an alternative brand or risk going back to cigarettes. I think there’s a huge risk impact that will result in adult smokers who are currently vaping going back to smoking again, which is, obviously, not good for public health,” said Lawson. “I don’t personally see the value of the PACT Act. I think it’s kind of a step backwards. It does risk impacting public health negatively.”

While the industry continues to wait for the USPS to publish its finalized rule and what a PACT Act exemption might entail, Burns recommends that concerned business owners “reach out to a regulatory attorney about the compliance process ahead of time in preparation of the forthcoming regulatory changes.”

Coupled with the requirement to submit premarket tobacco product applications to the FDA, the PACT Act and flavor bans, ENDS regulations have become overly stringent, and the complex rules can turn smokers away from the idea of switching to ENDS products, said Lawson, especially when that regulation doesn’t allow for clarification of the science behind vaping products.

“The issue here really is around all this information from the perspective of science, perhaps. When ENDS first entered the market back in 2006 … there was a lot of bad science and bad data generated. When you generate a bad set of data and it becomes publicly available, people don’t necessarily question and interpret how the information has been generated or the validity of that data,” said Lawson. “I think there’s a huge risk with the media and with the interpretation of science that it can certainly switch people away from using ENDS.”

There are other regulatory challenges coming too. The Tobacco Tax Equity Act Of 2021, a bill that would establish the first federal e-cigarette tax, increase the traditional tobacco tax rate and close tax loopholes, is currently making its way through the U.S. Senate. The rule would follow the lead of 21 states, and Washington, D.C., that have set their own state taxes on vapor products by setting a federal tax on ENDS products.

Senator Dick Durbin, who sponsored the bill, said tobacco-related disease accounts for one out of every five deaths in America. He did not mention that there has never been a reported death associated with vaping of legal nicotine products.

“Data shows that the most effective strategy to prevent children from starting this deadly habit is to price it out of their range. This bill would help reduce tobacco and e-cigarette use by ending loopholes that the industry has exploited to target our children,” he said in a statement. “If America can kick its nicotine addiction, it would go a long way to improving our public health for generations to come.”

The repercussions of the USPS vapor mail ban on the vaping industry will not be realized for some time. While the PACT Act requirements have forced many businesses to close, the vapor industry is used to dealing with a great amount of uncertainty. With numerous regulatory hurdles on the horizon, it does not seem like that is going to change any time soon. 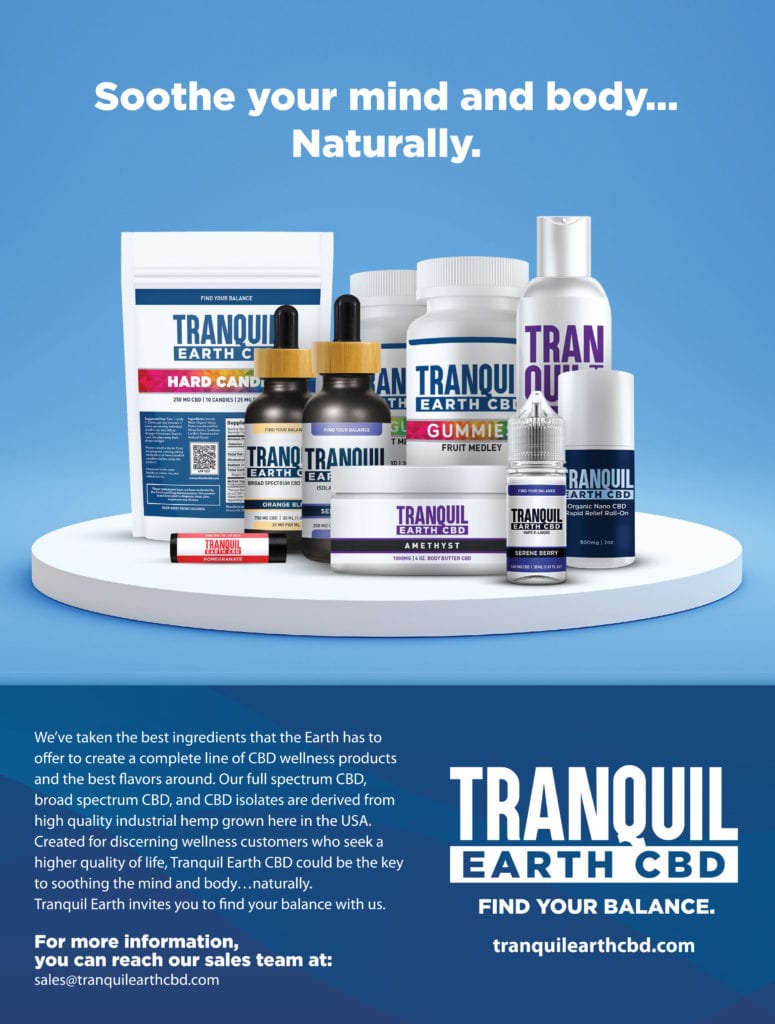