Juul Labs paid $51,000 to buy out an entire issue of the American Journal of Health Behavior (AJHB) and make it publicly available, the New York Times reported. 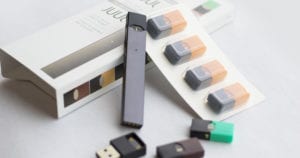 “Electronic nicotine delivery systems (ENDS) represent a significant opportunity to realize tobacco harm reduction at the population level around the world,” the authors write in an introduction to the journal.

Juul Lab’s five-figure buyout of the journal issue is part of a public influence campaign that the Center for Responsive Politics tallied at more than $3.9 million in 2020 alone.

Juul Labs recently reached a legal settlement with the state of North Carolina in which it will pay $40 million to avoid a jury trial over the question of whether it illegally marketed nicotine products to teens.