The U.S. Food and Drug Administration’s process for premarket tobacco product applications (PMTAs) has not been perfect. The regulatory agency has been accused of falsely issuing warning letters, leaving companies off of its list of accepted PMTAs and of having issues with its PMTA filing software. 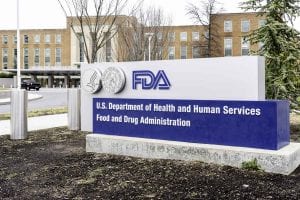 As of July 9, the FDA has issued 130 warning letters for the marketing of illegal vaping products. The majority of those letters centered on e-liquids produced and sold online by small-sized vape shops. As the FDA continues its blitz, however, there is some confusion as some companies who have submitted PMTAs by the Sept. 9, 2020 deadline have received warning letters.

According to Facebook posts from the American Vaping Manufacturers Association (AVM), at least two companies have received warning letters for products that submitted timely PMTAs. Posts acknowledged that the FDA corrected its mistake in a follow-up letter after receiving complaints from the companies. While the number may be small, it does show that the regulatory agency is overwhelmed by the number of submissions it is reviewing.

The FDA also had recently started listing closeout letters for companies that had responded to warning letters. Recently, however, the agency removed those letters from its website. The FDA offered no explanation for the removal of the closeout letters.

Due to the large volume of PMTAs submitted—the FDA says it received more than 6 million applications— the FDA has stated publicly that it is unlikely that the agency will be able to process all submissions before manufacturers are required to pull their products off the market. A court order requires the FDA to complete review of all submitted PMTAs by Sept. 9, 2021.

If a negative action is taken by the FDA on a PMTA application prior to Sept. 9, 2021, the product must be removed from the market or risk FDA enforcement. If a positive order is issued by the FDA on a product in the lists, the product will be listed on the positive marketing orders page and may continue to be marketed according to the terms specified in the order letter.

There are other issues with the FDA PMTA process, as well. The FDA released its list of products that are legal for sale in the U.S. A total of 360 companies (on the original list) filed PMTAs. However, at least five companies that filed PMTAs were erroneously left off the list, according to posts by Amanda Wheeler of the AVM.

In its own investigation, Vapor Voice found that Humble Juice Co. submitted a timely PMTA, received an acceptance letter and was subsequently misidentified on FDA’s list of approved products. The FDA has corrected the error for Humble. The AVM did not name what companies were left off the list or had falsely received warning letters.

The FDA stressed it has not independently verified the information provided by applicants about the marketing status of their products. In addition, the list excludes entries of products from companies that did not provide information on the current marketing status of their products to the FDA so that the agency could determine whether the existence of the application could be disclosed. It is possible companies were left off the list because they did not respond to the FDA before publication of the list.

Other issues with PMTAs include errors in submitting them electronically. Several companies have complained that the FDA’s software that manufacturers must download in order to submit PMTA data has randomly left out some of files that the companies are uploading. At least two companies that have helped prepare more than 500 PMTAs have acknowledged the issue and have presented the problem to the FDA.

“We did 15 PMTAs for various clients and just all of a sudden had somebody come up and they got a deficiency letter asking for information that was included in their submission. We started looking through it and it’s missing. We then spent a bunch of time going through every single one and found several others that were missing one or two files,” one of the companies that discovered errors told Vapor Voice. “We reached out the FDA, got a basic response … we’re aware of this, we’ll get back to you type of thing. We believe it’s a bug in the agency’s eSubmitter program.”

Because of these issues, some companies are offering free PMTA deficiency reviews for companies that submitted them to the FDA. Delphinus Consulting and Blackbriar Regulatory Services have said they have programs to help companies find faults in their PMTA submissions.

Warning letters are expected to continue to be issued for illegal vapor products as the deadline for FDA action moves closer. The FDA has not said if it intends to ask for an extension on the deadline, however, the U.S. Small Business Administration recently sent a letter to the FDA asking the regulatory agency to request an extension.

The FDA often only lists a few products that a company is selling as illegal in a warning letter. It then states that there may be more, but it is impossible to know if the warnings encompass all the company’s registered products. The agency states that it is the responsibility of the company to only sell products with a submitted PMTA.

Companies that receive warning letters from the FDA have to submit a written response to the letter within 15 working days from the date of receipt describing the company’s corrective actions, including the dates on which it discontinued the violative sale, and/or distribution of the products. They also require the company’s plan for maintaining compliance with the FD&C Act in the future.

A more in-depth analysis of these issues will be in the next issue of Vapor Voice.