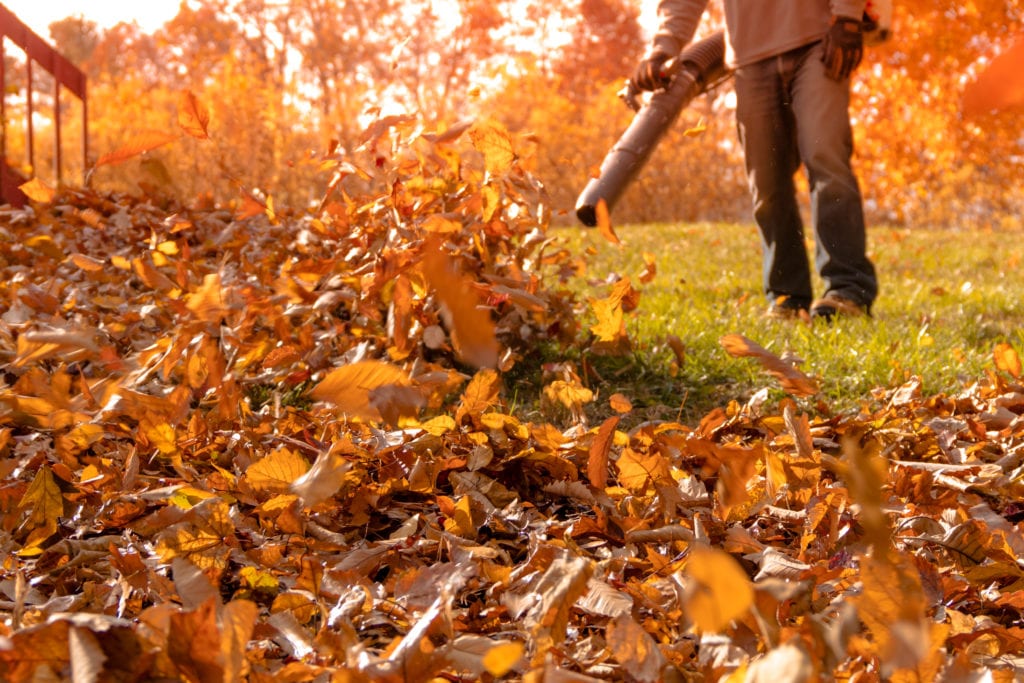 If you are struggling to work out whether you and your fellow human beings will be able to save the only planet on which we can live from being made uninhabitable by climate change, it is possibly because you are looking in the wrong direction for the answer—you are looking at the data, which, because it comprises complex inputs from many interacting sciences, is impossible for a layperson to interpret.

But never mind; I have cut through all this data for you and come to a conclusion that I believe is rock solid. No, we won’t save the world.

And to become a fellow believer, you need look no further for evidence than the existence of the powered leaf blower. That people, with the possible exception of the disabled, buy these things rather than brooms during a climate emergency engendered largely by the overuse of unrenewable energy provides indisputable evidence that humans refuse to engage their brains and, therefore, won’t—and probably shouldn’t—survive.

There is a man of my acquaintance who uses a powered blower to corral the leaves in his garden, which is the size only of one of those large, starched napkins beloved, for good reason, of spaghetti eaters, and at the front of his house, including the pavement, which forms a larger area.

It is fascinating to watch him because, like a dog rounding up sheep, he has to keep going back for stragglers, which are often stragglers only because they have been hit by a puff of wind, possibly caused, in part, by climate change, which, in turn, is being exacerbated by the use of the leaf blower …

But his offense is worse than this because, after corralling his leaves, he gets into his car, which is not much smaller than a bus capable of carrying half a dozen people and all their worldly goods, and drives off, alone, to the gym, contributing as he goes to the already high and probably illegal levels of pollution we happily maintain in these parts.

He could have obtained a good level of exercise by wielding a broom at those leaves, but no, he prefers to burn fossil fuels driving down to the gym where he mounts an exercise machine manufactured using huge amounts of energy and materials dug out of the ground or manufactured so as to be, like Tithonus, cursed with an immortality not mitigated by eternal youth.

At least you would think that the machine he mounts would be connected to the gym’s power supply so that the work he does has some purpose. But no, this is a lesson in entropy, so the work he does is converted into heat that causes the gym’s air-conditioning system to kick in, burning more energy …

And as my acquaintance works on his machine, happily watching his pain and discomfort reflected back at him by giant mirrors, keenly monitoring on his wrist-mounted electronic device the state of organs whose position in his body he couldn’t identify, and listening distractedly to music delivered through sweat-encrusted headphones, his wife is vacuuming the house—getting rid of the dust that, in no small part, comprises small leaf particles created and driven into the air by the actions of her husband and his leaf blower.

Is this sensible? Of course, I admit that, even though there are a lot of people like my acquaintance and his wife, to a certain extent, what individuals can do to help ameliorate the climate emergency is a drop in the ocean compared with what could be done by businesses, industries and governments, but I think the situation would be helped if individuals showed a greater awareness of the problems we face and the sorts of actions that are plain stupid if the aim is to save the planet.

In that way, perhaps, they would be in a better position and more likely to put pressure on businesses, industries and governments to take action. After all, it would be awful to go out with a whimper.

There is no point in expecting politicians to act logically without their being pressured to do so because, as somebody nearly once said, people are governed by parliaments, not by logic. Unfortunately, we in the tobacco and nicotine industries are similarly governed—not by logic, but by governments largely swayed by half-baked ideas delivered by lobbyists, broken economic systems and pollsters, not to mention great dollops of hypocrisy.

So my eye was caught recently by the heading of a May 7 story by Sarantis Michalopoulos for EURACTIV.com based on an interview with Michele Rivasi, who was described as a French EU lawmaker from the group of the Greens/European Free Alliance (Europe Ecologie) of the European Parliament, MEP: E-cigarettes have a place in the EU Cancer Plan, but we must remain vigilant. Given this was a report based on an interview with a Green politician, I was keen to read it because I am interested in the environmental credentials of e-cigarettes, a subject that doesn’t seem to attract enough debate.

However, I was disappointed. This was another of those fence-sitting exercises in which the risk-reduction characteristics of e-cigarettes are acknowledged but in which it is said that nothing should be done to encourage their use, which seems to miss the point that if their use isn’t encouraged, then their risk-reduction potential remains hanging in limbo.

“E-cigarettes ‘undoubtedly’ reduce risks compared to traditional cigarettes and have a place in the EU’s plan to fight cancer,” Michalopoulos quotes Rivasi as saying. “However, these products should not enjoy ‘lighter’ regulation, and Europe should treat them with the same vigilance as tobacco products. I see no reason why the electronic cigarette and its products should benefit from tax reductions or exemptions.”

What is being said here? Well, as I read it, nothing helpful or rational. Rivasi seems to be saying that traditional cigarettes and e-cigarettes are, at one and the same time, different but the same. These products are so different that e-cigarettes can be seen as part of the weaponry with which to fight cancer, whereas traditional cigarettes comprise part of cancer’s own armory. But, at the same time, they are so similar that they should be treated the same when it comes to regulations and taxes.

You have to wonder what Rivasi believes smokers will make of such a stance, if indeed it can be regarded as a stance. Most smokers, I imagine, make some kind of compromise in moving from traditional cigarettes to e-cigarettes, perhaps in respect of satisfaction, taste, convenience … Even so, in the early days of e-cigarettes, it was probably relatively easy to get smokers to convert because many of them were willing to make compromises simply on the basis that they were moving to a less risky product.

Now, in those countries where a significant level of conversion has taken place, it becomes necessary to try to reduce the compromises that must be made and, in this way, encourage more-committed smokers to convert. Tobacco and nicotine businesses tend to do this simply because they are in competition; they want their products to be more satisfying, tasty and convenient than those of their competitors.

Rivasi has more to say on products that to her way of thinking are similar. “For us, the Greens, if the use of electronic cigarettes is claimed to be an alternative to tobacco [use], as a substitute product or as a way of reducing the ravages associated with conventional cigarettes … we need to consider electronic cigarettes as a medical device in the same way as gum or patches are pharmaceutical products,” Michalopoulos reports Rivasi as saying.

I’m not sure whether a distinction is being made here between a medical device and a pharmaceutical product, but I assume not. So what seems to be being said is that if e-cigarettes are claimed to be a substitute for or alternative to traditional cigarettes, they should be treated as if they are nicotine-replacement products (NRTs), an idea that seems to ignore the fact that NRTs are not consumer products and therefore cannot be seen as substitutes for or alternatives to traditional cigarettes.

Again, the lack of logic drives you to impossible places. If, as above, it is claimed that NRTs are the same as e-cigarettes, which are the same as tobacco products, you have to assume that all three should be taxed at the same level and subject to the same regulations. So, for instance, people shouldn’t be allowed to wear nicotine patches in enclosed public places.

Quite clearly, this would be ludicrous for a number of reasons, and the problem stems from trying to pretend that different things are the same. Traditional cigarettes and e-cigarettes are two similar but different consumer products, whereas NRTs are medical devices, even though, in the U.K., for instance, they have been licensed for harm reduction rather than just cessation.

During the interview, we get much else that seems to discourage the use of e-cigarettes. We get the EVALI (e-cigarette or vaping use-associated lung injury) distraction and a totally unconvincing passage about what Rivasi sees as the gateway vaping provides to smoking.

Later, she is quoted as saying the shortcomings of legislation concerning heated tobacco and electronic cigarettes are known. “We need better regulation of sales and advertising, a thorough analysis of additives and their cocktail effect, a ban on flavorings and mandatory health warnings to alert nonsmokers to the risks, as is the case for traditional cigarettes,” she is reported as saying.

And what is the point, apart from providing cover for science departments to carry out pointless “research,” in calling for a thorough analysis of additives while at the same time calling for a ban on flavors, which make up a huge proportion of those additives?

Towards the end of the reported interview, Rivasi moves to a favorite of politicians: the attribution to a group of a claim that the group has not made and then the condemnation of that claim. “The electronic cigarette is undoubtedly a product that can reduce risks, but it is not the panacea its followers—and the companies behind them—would have us believe,” she is quoted as saying.

I have never heard people who promote e-cigarette use over traditional cigarette use claiming such a move is a panacea. The panacea quip is another throwaway line and one that needs to be thrown away. Indeed, Rivasi knows as much. Earlier in the interview, she is quoted as saying, “The industry itself acknowledges its ignorance and wants to know more about the real impact of its products.” That doesn’t sound to me to be an industry claiming to have already developed a panacea.

There is something odd here. As I mentioned above, there is no mention in the interview of the area of the e-cigarette debate to which Rivasi could, I assume, make a valuable contribution. How do you compare the environmental impacts of traditional cigarettes, e-cigarettes, other new generation products and NRTs?

The major problem is that politicians often believe they need to fuss around tidying up the lives of smokers and nicotine users without considering the wider picture. They are like my acquaintance and his use of the leaf blower. In fact, I would much sooner hear Rivasi talking about leaf blowers and patio heaters … There is no point in extending by a few years the lives of some smokers if we’re all going to die prematurely of pollution and the effects of climate change. 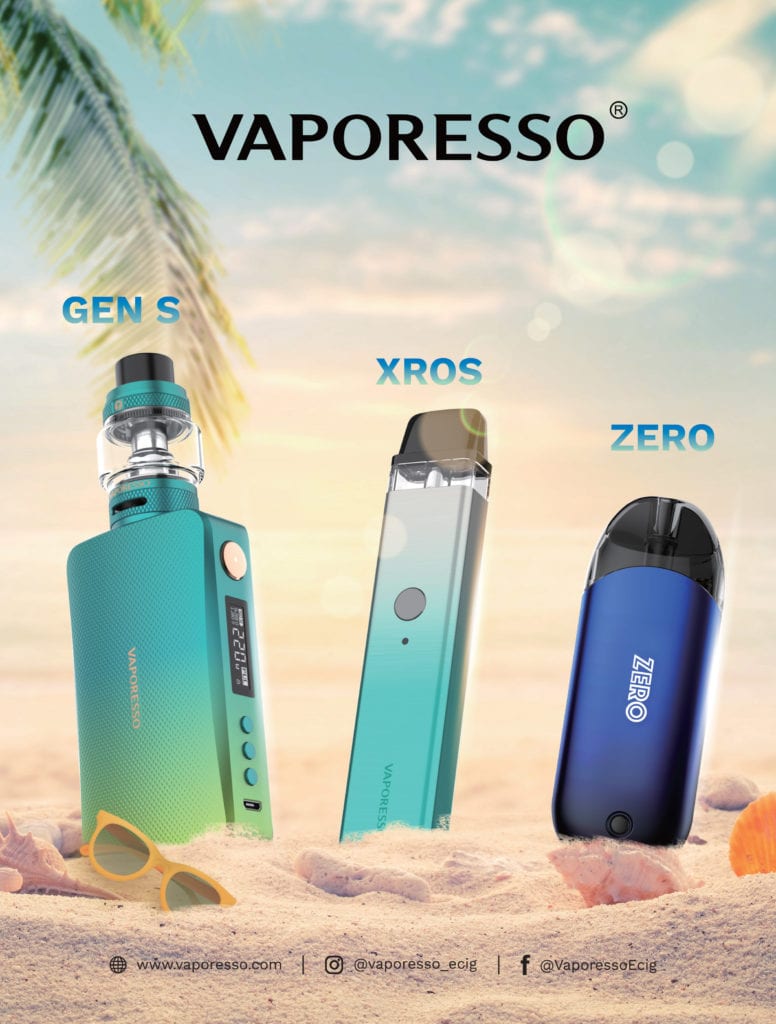