The Chinese vaping company Aspire Global announced terms for its U.S. IPO on Friday. The company plans to raise $120 million by offering 15 million shares at a price range of $7 to $9. At the midpoint of the proposed range, the Shenzhen company would command a market value of $1.3 billion. 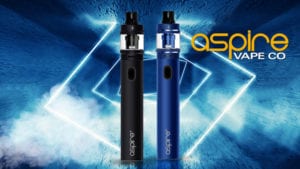 “Aspire is a vertically integrated provider of e-cigarette vaporizing technology. Its tobacco vaping products are sold through a distribution network of more than 150 distributors in 30 countries,” according to a release. “In December 2020, the company also commenced the marketing of cannabis vaping technology products in the US.”

Aspire Global was founded in 2010 and earned $82 million in sales for the 12 months ended December 31, 2020, according to its prospectus. It plans to list on the Nasdaq under the symbol ASPG. Tiger Brokers, EF Hutton, TF International, and China Merchants Securities are the joint bookrunners on the deal.

Aspire Global would be the second Chinese vaping company to list on the New York Stock Exchange. Unlike RLX Technology, that recently had a class action filed against for its stock tanking after China announc3ed it would regulate vaping products like traditional cigarettes, Aspire sells most of its products outside the Chinese market.