By making demands for prohibitive curbs on the sale and use of electronic nicotine-delivery systems (ENDS), experts say the World Health Organization has declared war on tobacco harm reduction and the vaping industry. In its latest biannual report, WHO Report on the Global Tobacco Epidemic, 2021: Addressing New and Emerging Products, the global health agency’s director-general, Tedros Adhanom Ghebreyesus, stated that countries must remain vigilant to the risks presented by e-cigarettes and heated-tobacco products.

“While framing these products as a contribution to global tobacco control, the tobacco and related industries employ the same old marketing tactics to promote new tools to hook children on nicotine and circumvent tobacco legislation,” he writes. “At the same time, they continue to fight measures and legislation designed to protect people from the many harms of tobacco across the globe.”

In response to the report, Jamie Hartmann-Boyce, senior research fellow in health behaviors at the University of Oxford, said the WHO report’s view that vaping is “harmful” will wrongly concern vapers who have switched over from combustibles and dissuade smokers considering making the switch. He states that, while e-cigarettes are not risk free and people who do not smoke should not start vaping. 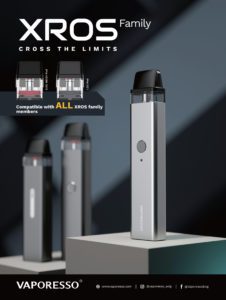 “Nicotine is addictive, but it’s not what causes the harm from smoking. Evidence shows e-cigarettes with nicotine can help people quit smoking and that they are considerably less harmful than smoking,” he states. “The latest report from the WHO should not discourage people who smoke from switching to an alternative product—one which evidence shows is less harmful to them and those around them.”

While the report found that more than four times as many people are covered under WHO-recommended tobacco control measures than in 2007, it expressed concern that children who use ENDS products are up to three times more likely to use tobacco products in the future. “Nicotine is highly addictive. Electronic nicotine-delivery systems are harmful and must be better regulated,” Ghebreyesus said.

Writing for InsideSources, Lindsey Stroud, a policy analyst with the Taxpayers Protection Alliance, states that the recently released WHO report is full of both alarmism and misleading information. Just six pages into the report, for example, the WHO asserts that youth who use e-cigarettes can double their risk of smoking combustible cigarettes.

“There is zero evidence to support this. According to data from the Centers for Disease Control and Prevention, in the United States, smoking rates among young adults are at their lowest levels with 11.9 percent of American adult smokers being between 18 to 24 years old in 2019. Conversely, in 2009, 22.5 percent of smokers were young adults,” she writes. “The report also fails to acknowledge harm reduction. In 212 pages, ‘harm reduction’ is mentioned a total of four times, and when mentioned, the WHO paints a picture that tobacco companies are using the concept to promote the use of their products and such marketing is ‘undermining successful tobacco control initiatives.’ If tobacco control measures were effective, smokers would not have developed the modern electronic cigarette.”

This is the first time that this WHO report has included data on ENDS. It states that a total of 111 countries regulate ENDS in some way. The report found that 32 countries (covering 2.4 billion people) have banned the sale of ENDS and an additional 79 have adopted at least one partial measure to prohibit the use of ENDS products in public places, prohibit their advertising, promotion and sponsorship, or require the display of health warnings on packaging. “This still leaves 84 countries where they are not regulated or restricted in any way,” according to the WHO.

In the report, Ghebreyesus states that in places where e-cigarettes are not banned, “governments should adopt appropriate policies to protect their populations from the harms of electronic nicotine-delivery systems and to prevent their uptake by children, adolescents and other vulnerable groups.”

The European Tobacco Harm Reduction Advocates (ETHRA), a group that advises on harm reduction policies, stated that while previous WHO reports were hostile toward ENDS products, the latest report “ramps up the rhetoric” and has transformed into an “all-out attack” on nicotine.

“The report states that progress has been made in the fight against tobacco but adds that there is a need to ‘tackle threats posed by new nicotine and tobacco products,’” the group wrote. “In an attempt to justify their calls for prohibitionist measures such as flavor bans and all out bans, the report makes unfounded claims that safer nicotine products are a gateway to smoking for youth and that their purpose is to ‘hook another generation on nicotine.’ The WHO’s dangerous position on tobacco harm reduction must be resisted in the strongest possible manner.”

John Britton, emeritus professor of Epidemiology at the University of Nottingham and chair of the group that released the landmark 2016 Public Health England report that found e-cigarettes to be 95 percent safer than combustibles, said that the WHO does not comprehend the fundamental difference between addiction to tobacco smoking, which kills millions of people every year, and addiction to nicotine, which does not.

“The WHO is also evidently still content with the hypocrisy of adopting a position which recommends the use of medicinal nicotine products to treat addiction to smoking but advocates prohibition of consumer nicotine products, which do the same thing, but better,” said Britton. “The WHO is right that nonsmokers, especially children, should be discouraged from using any nicotine product. But for the more than 1 billion tobacco smokers in the world, electronic nicotine-delivery systems are part of the solution, not the problem.”

Rudiger Krech, the WHO’s director of health promotion, said that the challenges associated with ENDS regulation are hugely diverse and are evolving rapidly. Some devices are modifiable by the user, making nicotine concentration and risk levels difficult to regulate. Products have also been found to be marketed as nicotine-free but, when tested, are found to contain nicotine.

“Distinguishing the nicotine-containing products from the non-nicotine, or even from some tobacco-containing products, can be almost impossible,” he stated. “This is just one way the industry subverts and undermines tobacco control measures.”

One of the major controversies surrounding the report is that it was funded by Bloomberg Philanthropies, a foundation created by American billionaire and former New York City mayor Michael Bloomberg. Not coincidentally, Bloomberg was appointed the WHO global ambassador for noncommunicable diseases and injuries, a largely honorary title granted in recognition of the dollars his foundation spends on fighting nicotine policy from small cities to large countries.

“More than 1 billion people around the world still smoke,” Bloomberg stated in a release. “And as cigarette sales have fallen, tobacco companies have been aggressively marketing new products—like e-cigarettes and heated-tobacco products—and lobbied governments to limit their regulation. Their goal is simple: to hook another generation on nicotine. We can’t let that happen.”

Stroud stated that while the report was supported by Bloomberg Philanthropies, the report also strangely states that the report “should not be regarded as reflecting the position” of Bloomberg Philanthropies. “Yet, the report reads like a Christmas in July wish list for a Bloomberg-created anti-tobacco regime, she writes. “[While mayor of New York City] … in late 2019, on top of the $1 billion Bloomberg had already donated to anti-tobacco groups and efforts, the former mayor announced a $160 million campaign to ‘fight flavored e-cigarettes.’” 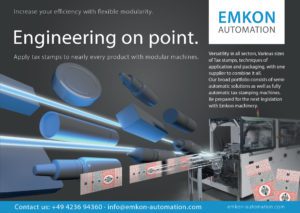 Knowledge-Action-Change (KAC), a private sector public health agency, condemned the WHO and “its single most significant funder for anti-smoking efforts, U.S. billionaire Michael Bloomberg,” for using the report to distract from “years of failure” in the fight against combustible tobacco.

“Unable to demonstrate that its tobacco control strategy has resulted in meaningful outcomes—the most important of which would be substantial declines in smoking—the WHO focuses instead on how many countries implement its ‘MPOWER’ measures,” according to a press release. “On closer inspection, even progress on the MPOWER measures is underwhelming. The WHO reports that 104 countries have introduced ‘one or more MPOWER measures at the highest level of achievement’ since 2007 but also states that 41 of the 49 countries that have not implemented a single measure are [low- and middle-income countries].”

MPOWER stands for: Monitoring tobacco use and preventive measures; Protecting people from tobacco smoke; Offering help to quit; Warning about the dangers of tobacco; Enforcing bans on advertising, promotion and sponsorship; and Raising taxes on tobacco. More than half of all countries and half the world’s population are now covered by at least two MPOWER measures at the highest level of achievement. This reflects an increase of 14 countries and almost one billion more people since the last report in 2019.

In the U.K., a group of lawmakers expressed concern over the influence exerted by Bloomberg Philanthropies on tobacco regulation policies, especially in low- and middle-income countries (LMICs). In a separate report, the U.K.’s All-Party Parliamentary Group for Vaping Inquiry (APPG) stated that The Union, another group funded by Bloomberg Philanthropies, as well as other anti-vaping nongovernmental organizations (NGOs) should not be permitted as “civil society observers” to the Framework Convention on Tobacco Control Conference of the Parties 9 (FCTC COP 9) meeting, which will dictate tobacco policies in LMICs are “hostile to the concept of tobacco harm reduction and thus the U.K.’s policy approach.”

The report has already begun to impact tobacco policy in LMICs. Shortly after its publication, Ukrainian lawmakers passed a new law after the WHO released its report that prohibits the use of ENDS in public places as well as advertising, sponsorship and promotion of e-cigarettes in the country. The law also bans the sale of flavored e-liquids other than tobacco flavors.

The parliamentarians said that justification for the regulations was based on the WHO’s new report that “suggests e-cigarettes are a gateway to smoking and that they are as harmful as conventional cigarettes,” according to the Independent Women’s Forum. Lawmakers also claimed the flavor ban would reduce underage vaping in Ukraine, while data from the U.S. concerning flavor bans has showed banning flavors actually increases youth use of combustible products.

Nancy Loucas, executive coordinator of the Coalition of Asia Pacific Tobacco Harm Reduction Advocates (CAPHRA) stated that the WHO’s latest attack on safer nicotine products deserves the global ridicule it has attracted. She says that the organization charged with looking after public health continues to ramp up its efforts to deny smokers access to products that can help them quit.

“Consumer advocates are increasingly angry that the WHO continues to promote its baseless and incredibly destructive view on vaping,” she said. “It comes despite leading scientific evidence confirming vaping is at least 95 percent less harmful than smoking and is the world’s most effective smoking cessation tool.” 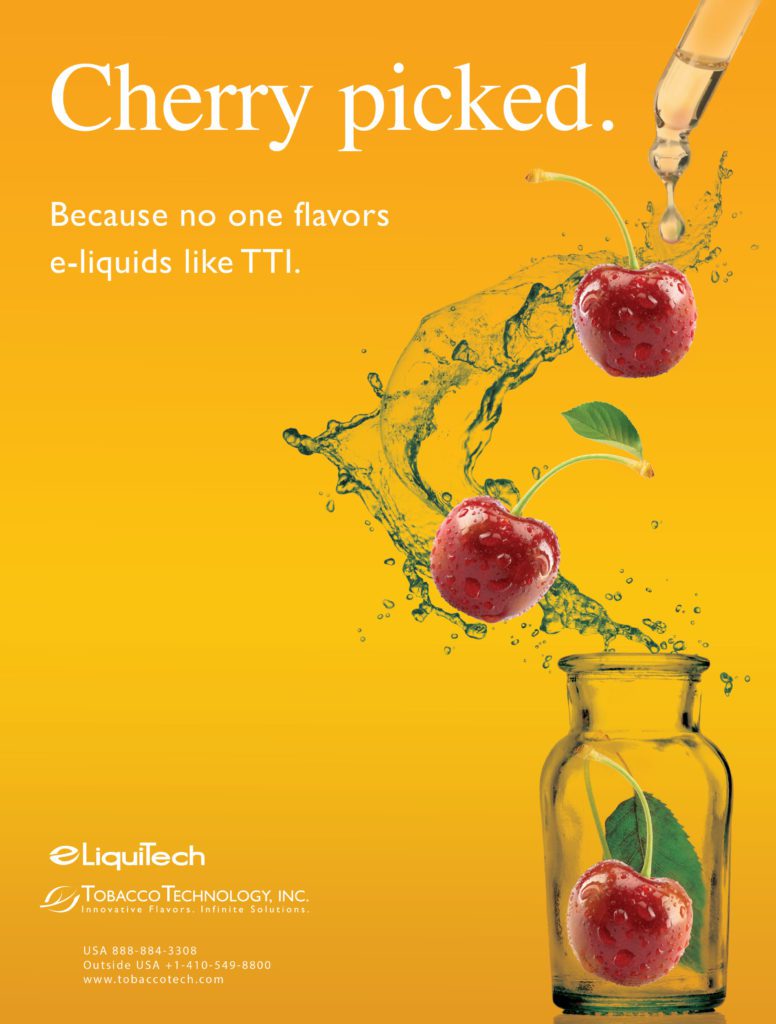