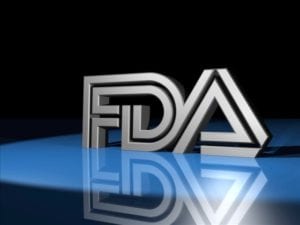 The U.S. Food and Drug Administration had the vapor industry on its heels today as the businesses that filed premarket tobacco product applications (PMTAS) awaited the fate of their products. However, when the FDA finally made its announcement, it seems only small business that submitted PMTAs for flavored products got any answers. The FDA issued marketing denial orders (MDOs) to more than 130 companies requiring them to pull an estimated 946,000 products from the market.

There were no updates provided on several high-profile submissions, such as those submitted by Juul Labs, BAT and Japan Tobacco International. The agency also offered no response to any submitted open-system hardware products or tobacco-flavored e-liquids.

“We continue to work expeditiously on the remaining applications that were submitted by the court’s Sept. 9, 2020, deadline, many of which are in the final stages of review,” the agency wrote in its announcement. “For premarket tobacco product applications, our responsibility is to assess whether applicants meet the applicable statutory standard for marketing their new products. As we have said before, the burden is on the applicant to provide evidence to demonstrate that permitting the marketing of their product meets the applicable statutory standard.”

Interestingly, the agency saw fit to issue marketing orders for more than 350 combustible tobacco products under the standard equivalency pathway, many of which, hookah tobacco for example, are flavored tobacco products. All of the issued MDOs were for flavored electronic nicotine-delivery systems (ENDS) products.

Harm reduction advocates were aghast by the FDA’s announcement. “So far, this looks like being a public health own-goal of historic proportions,” Jonathan Foulds, professor of public health sciences and psychiatry at Penn State University, College of Medicine, wrote on Twitter. “Will be interesting to see whether the stock value of cigarette manufacturers goes up.”

Many experts are concerned that banning e-cigarettes from the market could harm public health. In a commentary published on the Reason Foundation’s website, Guy Bentley, the organization’s director of consumer freedom research, warned that the result of shutting down a vast portion of the vape industry would be more smoking.

The majority of products denied market access by the FDA, he noted, were likely rejected not because they are inherently riskier than any approved products but because the applicants were unable to navigate the FDA’s complex regulatory system.

What’s more, several studies suggested that if vape products were restricted to tobacco flavors, many vapers would switch to smoking. One study, published in Nicotine & Tobacco Research, analyzed data from February to May 2020 and looked at 2,159 young adults in Atlanta, Boston, Minneapolis, Oklahoma City, San Diego and Seattle, examining support for e-cigarette sales restrictions and the perceived impact of flavor and vaping bans.

“While lower-risk users may be more positively impacted by such policies, other young adult user subgroups may not experience benefit,” the authors concluded. “Moreover, if vape product sales were restricted to tobacco flavors, 39.1 percent of users reported being likely to continue using e-cigarettes, but 33.2 percent were likely to switch to cigarettes.”

Two other recent studies showed similar results. A study in JAMA Pediatrics showed that following San Francisco’s flavor ban, teens were more likely to smoke than those in other school districts. A different study in Nicotine & Tobacco Research shows that teens who vape would be smoking cigarettes if vapes hadn’t become available.

The FDA’s failure to decide on the marketing applications for leading brands such as Vuse and Juul—the latter of which accounts for more than 40 percent of U.S. e-cigarettes sales—left many furious.

“While FDA has said it has ruled on 93 percent of the applications, it hasn’t ruled on the products that have driven the youth e-cigarette epidemic,” said Matthew Myers, president of the Campaign for Tobacco Free Kids, which sued the FDA to create the Sept. 9 deadline. “Every day those products remain on the market, our kids remain in jeopardy,” he told Stat.

Myers added that if the FDA does not decide on the major applications soon, his group will “have no choice but to go back to the court to have the court enforce its order requiring FDA to begin to remove any product not authorized.”