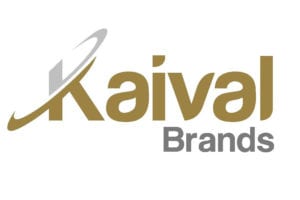 Bidi Vapor will continue to manufacture and market its Artic (menthol) Bidi Stick in the United States despite receiving a marketing denial order (MDO) for the product, according to a trading update issued by Kaival Brands Innovations Group, the exclusive distributor of Bidi Vapor products.

As of Sept. 10, the U.S. Food and Drug Administration has issued MDOs for some 992,000 electronic nicotine delivery system products from 168 companies. Bidi Vapor received an MDO for its non-tobacco flavored Bidi Sticks, including its Artic (menthol) Bidi Stick.

The company, however, insists the FDA mischaracterized the Artic (menthol) Bidi Stick as flavored. Because its Arctic Bidi Stick is menthol, Bidi Vapor believes that this product is not subject to the MDO.

“This position is aligned with the FDA’s public statements and press releases stating that tobacco and menthol ENDS are not deemed flavored products subject to the MDOs,” the company wrote in a press note. “Accordingly, along with the Classic (tobacco) Bid Stick, Bidi intends to continue to manufacture and market its Arctic (menthol) Bidi Stick for distribution by us.”

The company, which has historically derived nearly all its revenues from sales of flavored Bidi Sticks, appears willing to accept the risk of enforcement.

“If the FDA disagrees with Bidi Vapor’s position, issues a warning letter, or takes other action against Bidi Vapor resulting in us not being able to distribute the menthol (Arctic) Bidi Stick in the United States, or consumers do not purchase the tobacco (Classic) or menthol (Arctic) Bidi Sticks, our revenues and, thereby our financial results and condition, would be materially adversely affected, Kaival Innovations Group wrote in its news release.