Triton Distribution filed a motion to stay the U.S. Food and Drug Administration’s decision to issue the company marketing denial orders (MDOs) for its premarket tobacco product applications (PMTAs). The company requested a decision from the judge by Oct. 15. 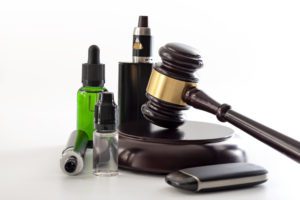 “Black-letter rules of administrative law prevent an agency from retroactively changing legal requirements and from doing so without accounting for reliance interests. FDA failed to satisfy these requirements when it executed an about-face on the evidence it required to support a premarket tobacco product application (“PMTA”) for a marketing order for flavored electronic nicotine delivery system (“ENDS”) products almost a year after such applications were due,” the motion states. “FDA also acted arbitrarily and capriciously by ignoring relevant evidence found in Petitioner Wages and White Lion Investments, LLC d/b/a Triton Distributions (“Triton”) PMTA and applying a double standard to its consideration of that evidence when it issued Triton a marketing denial order (“MDO”). Further, by imposing a new, across-the-board requirement that flavored ENDS products be demonstrably more effective at promoting smoking cessation than otherwise identical tobacco-flavored products, FDA acted contrary to its authority under Section 910 of the Food, Drug and Cosmetic Act (“FDCA), 21 U.S.C. § 387j, and not in accordance with law.”

Triton states that it has been irreparably harmed as a result of the FDA’s actions and faces an imminent shutdown of its business in approximately two weeks. This is why Triton entered an emergency stay of the “FDA’s MDO for Triton’s products by October 15, 2021, and order expedited merits briefing. Respondent FDA consents to the proposed expedited merits briefing schedule but opposes a stay.”

At least six companies have filed lawsuits challenging the agency’s decision to make the companies remove their products from the market. Last week, the FDA rescinded the MDO issued to Turning Point Brands (TPB) and the company will be allowed to continue marketing its vapor products while the FDA re-reviews the company’s premarket tobacco product application (PMTA).

The FDA admitted it made an error in TPB’s PMTA review and TPB did in fact submit studies that the agency decided during the PMTA process were needed, after saying for years the studies were not required. “Upon further review of the administrative record, FDA found relevant information that was not adequately assessed,” reads the FDA letter to TPB. “Specifically your applications did contain randomized controlled trials comparing tobacco-flavored ENDS to flavored ENDS as well as several cross-sectional surveys evaluating patterns of use, likelihood of use, and perceptions in current smokers, current ENDS users, former tobacco users, and never users, which require further review.”