Zanoprima Lifesciences announced the commercial production of its SyNic brand of synthetic (S)-nicotine. The company said SyNic is produced using a patented process that does not involve the use of tobacco or any synthetic racemic mixture. The company manufactures “high purity (typically 99.9 percent), synthetic (S)-Nicotine for commercial use” that is free of tobacco-specific nitrosamines(TSNAs), toxins, carcinogens, odor and harsh taste. 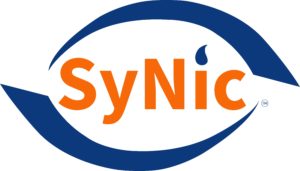 “This is a landmark development for the trillion-dollar tobacco industry and its 1.3 billion consumers as it heralds the arrival of a superior, substantially lower-risk, cost-effective, and greener alternative to a global industry that is arguably the single biggest avoidable cause of death globally, a press release states. “SyNic Protonated (S)-Nicotine e-liquid for e-cigarettes is without any potentially harmful ingredients such as organic acids and propylene glycol. It is pure, stable and has a long shelf life. E-cigarettes that use SyNic offer a smooth taste and enhanced nicotine experience, a distinct advantage given the nicotine limit guidelines/rules in e-liquids in the EU and other geographies.”

Zanoprima owns patent applications or registration for its revolutionary manufacturing process in several countries, including the United States, Europe, Great Britain, Australia, China, India and others, according to the release.

SyNic is also available in products such Znus, a tobacco-free white snus that is completely sodium and tobacco-free and next-generation chewing gum and lozenges that “contain a new proprietary nicotine complex with superior bioavailability and taste,” according to the release.

The company has also announced it will soon release tobacco-free heated nicotine products unlike existing tobacco-based heat-not-burn products and skin-friendly transdermal patches for use with Alzheimer’s and dementia patients. As a responsible synthetic nicotine (SyNic) manufacturer Zanoprima will distribute SyNic in strict compliance with regulations in each of its markets, globally.