The US House of Representatives has passed the portion of the Build Back Better Act that includes a controversial nicotine tax. The legislation will now head for the Senate. If passed, the bill would go to President Biden’s desk. 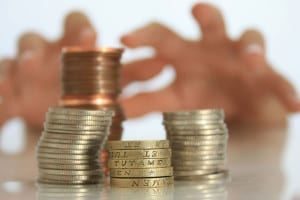 In a 220 to 213 vote, the House predictably voted mostly along partly lines for the legislation that has often been compared to the New Deal. Biden signed the second piece of his domestic agenda, a $1.2 trillion package focused on infrastructure improvements, into law earlier this week. He is expected to sign the social spending section if its passed by the Senate.

Democrats are planning on using a special budgetary process known as “reconciliation” to avoid the 60-vote filibuster threshold and pass the bill on a party-line vote, according to news reports.

The vote was delayed last night after the record for the longest speech in the US House of Representatives was broke by Kevin McCarthy, which went on until early Friday morning. The speech surpassed eight hours of continuous floor time. Towards the end of the speech, McCarthy joked that “my one minute is almost up,” noting that “personally I didn’t think I could do that long.” He then spent some time asking those around him to confirm that he had beaten the record.

In a release, Biden said for the second time in just two weeks, the House of Representatives has moved on critical and consequential pieces of his legislative agenda. “Now, the Build Back Better Act goes to the United States Senate, where I look forward to it passing as soon as possible so I can sign it into law,” he stated.