The vapor industry has experienced growth after Covid-19 lockdowns sent many back to cigarettes.

After declines in 2019 and 2020, the vapor industry has grown 10-15 percent in 2021. Don Burke, senior vice president of Management Science Associates, speaking on a panel during the first day of TMA’s “From Chance to Change” webinar on No. 17, said that he expects the industry to continue its growth into 2022. 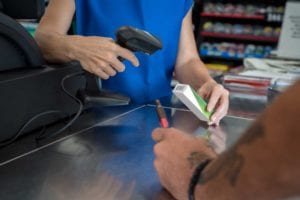 “Vapor cartridges were up by 18.5 percent. Over … 2019 going into 2020, we were seeing some declines in vapor. One of the things to keep in mind is at the end of 2019 was that illegal THC vaping [EVALI] crisis,” said Burke. “That turned a lot of people off of vapor, even though it was only an illegal product that caused the issues. No legitimate product caused any problems. It’s about a year-and-a-half now since that occurred … because of that, consumers are starting to forget, vapor is coming back.”

Burke said disposables, because they’re allowed to have flavors, were up 28.9 percent and all-in-one kit volumes are growing (up 2.9 percent). He said vape shop and tobacco outlet sales are also on the rise after many closed or limited hours due to the Covid pandemic. He said his research includes approximately 300,000 stores. It does not include vape shop sales.

“We’re looking at distributor to shipment retail data. In many cases, that’s important because a lot of the convenience stores and some tobacco outlets do not collect their data and, therefore it’s very difficult to get a clean read,” he said. “The convenience channel – because they were considered essential businesses in most parts of the US – managed to survive the pandemic and in fact, now are a larger percentage of stores in the US. Also, 71 percent of tobacco volume goes through convenience stores.”

Burke said pods for closed-pod systems (cartridges) are up 6 percent in the most recent quarter. He said that during the third quarter of 2021 disposables continue to have strong sales, rising by 21 percent and he expects those trends to continue. E-liquid distribution fell by 49.6 percent through 2020 and into current 2021 and sales fell nearly 15 percent, mostly due to recent regulatory action in the US.

Burke also said cannabis sales grew significantly during 2020 and into 2021, but he didn’t elaborate.

For more on this session from TMA 2021 read the next issue of Vapor Voice coming in mid-December.