A new report finds that combustible cigarettes will become less expensive than vaping products and nearly 43,000 jobs would be lost if the proposed nicotine tax contained in the Build Back Better bill (HR 5376) were to become law. The Vapor Technology Association (VTA) funded study, The Negative Economic Impacts of the New Nicotine Tax Imposed Only on Vapor Products In the Reconciliation Bill, conducted by economist John Dunham & Associates, is being billed as a comprehensive analysis of the negative effects that the proposed tax will have on smokers, the industry and the economy. 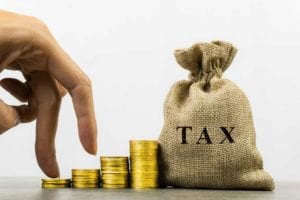 “Our analysis finds that the bill would not create anything close to parity with cigarette taxes but, rather, would tax vapor products at a much higher rate – up to nine times higher – than the tax on a pack of cigarettes,” the report states. “The proposed nicotine tax in the Reconciliation Bill would lead to a net price increase on vapor products at retail of about 53 percent (21.2 percent for a standard two-pack of closed-system pod products and 73.5 percent for a standard 60 milliliter bottle of open system e-liquid), while the price of cigarettes and other tobacco products would remain unchanged as they would not be subject to any additional federal tax.”

The study also concludes that the proposed nicotine tax would lead to a reduction of nearly 42,800 full-time equivalent jobs and the loss of $2.2 billion in wages and benefits, negatively impact the size of the overall economy which would fall by about $7 billion and would result in states and their localities losing $620 million in taxes while the federal government attempts to generate revenues.

As defined in the bill, the proposed tax would be equal to about $2.22 on the standard closed system nicotine vapor product (such as a two pack of JUUL pods), and a $10.01 on the standard average 60 milliliter bottle of nicotine containing e-liquid used in an open system vapor device,” according to the study.

If passed, the proposed tax would also lead to a loss of about 31.9 percent of vapor product sales or 3.7 million milliliters of e-liquid consumed. Of this loss, 61.2 percent would be the result of consumers switching to other tobacco products, including combustible cigarettes. An additional 18.5 percent of these lost sales would move to the black market, according to the study.

“Modeling suggests that a large portion of consumers would react by purchasing unregulated products over the black market or make their own e-liquids,” according to the study. “These figures (which reflect a price increase resulting from the tax of 53 percent) are conservative and are not out of line with other studies examining the substitution of vapor products and combustible cigarettes when taxes are imposed.”