Now-defunct e-cigarette retailer Eonsmoke and its co-owners have settled a lawsuit with the state of Massachusetts for selling nicotine vaping products to minors. Attorney General Maura Healey today announced that Eonsmoke has agreed to a settlement amount of $50 million, and owners Gregory Grishayev and Michael Tolmach will pay a total of $750,000. The terms of the consent judgment, pending court approval, orders Eonsmoke to end all sales, distribution, marketing, and advertising of any tobacco products to consumers in Massachusetts, according to a press release. 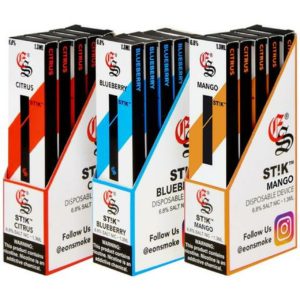 The settlement, filed today in Suffolk Superior Court against Eonsmoke, LLC and Grishayev and Tolmach, resolves allegations that the defendants directly targeted young people for sales of its vaping products through marketing and advertising intended to appeal to youth. Healey’s office also alleged that Eonsmoke failed to verify the age of online purchasers of its products—including electronic nicotine devices, e-liquids, and nicotine pods—and failed to ensure shipments of the products were received by a person 21 years or older, the state’s minimum legal sales age for smoking products.

“Eonsmoke coordinated a campaign that intentionally targeted young people and sold dangerous and addictive vaping products directly to minors through their website,” said Healey. “We were the first to take action against this company and its owners, and today we are holding them accountable and permanently stopping them from conducting these illegal practices in our state.”

Eonsmoke has agreed to a settlement amount of $50 million, and Grishayev and Tolmach will pay a total of $750,000. Eonsmoke ceased all operations and dissolved in 2020. According to the Healey’s complaint, filed in May 2019 and amended in November 2020 to include Defendants Grishayev and Tolmach, the defendants “willfully and repeatedly violated the state’s consumer protection law by using a marketing campaign that directly targeted underage consumers.”

In August of 2020, the Arizona Attorney General’s Office (AGO) obtained a $22.5 million judgment and a permanent injunction against the New Jersey-based vapor company Eonsmoke. The ruling could set a precedent for other states suing vapor companies over marketing practices.

Juul sued Grishayev and Tolmach for trademark infringement in 2018 claiming Eonsmoke illegally marketed its vaping pods as “Juul compatible,” complete with packaging that looked eerily similar to Juul’s. Rather than settle the case, Grishayev and Tolmach were accused of quietly stashing millions in corporate funds out of Juul’s reach — despite a federal judge having warned them last year not to touch the money “outside the ordinary course of business,” according to the New York Post.

“While purposefully using JUUL branding to confuse customers that its illicit products were somehow related to Juul Labs, Eonsmoke flooded the market with pods featuring inappropriate flavors and packaging made with unknown ingredients under unknown quality standards,” said Juul spokesperson Austin Finan at the time. “We will continue to enforce against illegal actors like Eonsmoke to help ensure the vapor category is comprised of companies focused on transitioning adult smokers from combustible cigarettes while following regulations and combatting underage use.”