China’s domestic e-cigarette market is going to look very different next year. Draft rules governing e-cigarettes were issued on Dec. 2 by China’s tobacco regulator. The move brings vaping products out of a regulatory uncertainty and under the oversight of the state.

According to the draft rules, to sell legal e-cigarettes in China, a company must meet national standards to register with the STMA so it can conduct business. Companies manufacturing any ancillary products specifically for the vaping industry must also receive a special license from the STMA. Companies must also prove that they have the funding available for production and a facility with the required equipment to produce product that meets the country’s newly proposed standards.

The new rules state that the STMA will establish a “unified national electronic cigarette transaction management platform” that all licensed e-cigarette wholesalers and retailers “must sell products through.” Tax collection and payment of e-cigarettes, meanwhile, “shall be implemented in accordance with national taxation laws and regulations,” the proposed rules states.

The government and the tobacco industry are, essentially, one entity in China, with the STMA regulating the industry and China National Tobacco Corporation (CNTC) manufacturing tobacco products. Under China’s Tobacco Monopoly Law, STMA maintains control over virtually all stages of the production, sales, import, export and distribution of tobacco products in China. 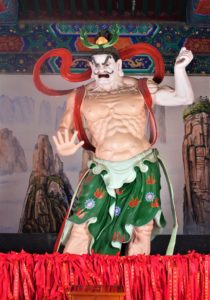 To date, the vapor industry in China has operated in a legal gray area. Regulation had been expected; it was just a matter of time before Beijing would take control of the country’s $1.3 billion e-cigarette industry. The size of the Chinese e-cigarette market has grown from rmb550 million ($86 million) in 2013, witnessing an eight-year compound annual growth rate of 72.5 percent, according to iiMedia Research Group. The World Health Organization estimates that China has over 300 million smokers, and more than half of adult Chinese men are current tobacco smokers. By contrast, the e-cigarette penetration rate among Chinese smokers is less than 1 percent.

The news was welcomed by many leading industry players who say the proposed rules remove any uncertainty and help to weed out bad actors. In a press release, Frankie Chen, Chinese hardware manufacturer Smoore International’s global PR manager, stated that he expects the national mandatory standards to significantly improve product safety and provide global vapers with better products. “Since the standards set higher requirements for vaping manufacturing, it is expected that only the responsible manufacturer with comprehensive safety management can be compliant,” Chen stated.

While the entirety of China’s new draft rules for the regulation of vaping products are still vague, the country’s standards section does open a window into the future of China’s domestic vapor market. The transcribed National Standards of the People’s Republic of China for e-cigarettes allows only for closed pod systems with tobacco-derived nicotine and tobacco-derived nicotine salts. Flavors will be allowed, and cartridges can’t leak, according to a translated copy of the proposed rules.

Unlike many countries, China will only allow tobacco-derived nicotine. The rules do not allow for a synthetic nicotine. “Nicotine extracted from tobacco should be used, and the purity should not be less than 99 percent,” the standards state. “Benzoate, tartrate, lactate, levulinate, malate and citrate of nicotine are allowed, and nicotine for preparing the above nicotine salts shall meet the requirements of [the previous statement].”

However, synthetic nicotine will still be allowed for products to be exported. What isn’t clear is if that synthetic nicotine must be shipped into China premixed in PG and/or VG and held in bond or what those concentration percentages might include. “There’s no legal imports of nicotine as far as we can tell. There seems to be no leeway for legal imports of a pure synthetic nicotine. However, we think if people import e-liquids with nicotine as a certain percent of that, that’s OK,” an industry representative told Vapor Voice and asked not be named because they didn’t have permission to speak on the matter. “We don’t know if it’s 10 percent or 20 percent, and it can only be brought into the country to be manufactured for re-export; that appears to be OK.”

It also seems that the proposed rules also do not allow for a company to import finished vaping products into China and then sell them domestically without having a license and being registered with the STMA. All Chinese e-cigarette manufacturing facilities are subject to the registration and production licensing requirements, even if the products produced are for export only. However, the country will continue to encourage exports and wants domestic manufacturers to develop markets overseas.

“What they’ve really done is they’re clamping down on anything that is destined for the domestic market,” the source said. “They’ve also tapped into the tax department. Any time a manufacturer wants to manufacture an e-cigarette or parts for an e-cigarette, they have to have a local representative from the taxation bureau there. And each day’s production that they run, they have to pay tax on those products at the end of that day. They’re clamping down in terms of what people can do as well as trying to ensure that they collect relevant taxes from all the manufacturers.”

Chinese vapor manufacturers are still waiting to understand what needs to be done officially for a company to produce vaping products for the international and/or domestic market. “We’re still waiting on that. The important piece isn’t the product standards,” the source said. “What I’m really interested in is the registration process, who’s allowed to do what, who has to issue licenses, because there’s an emergency management bureau involved, not just STMA, so a lot of people. We’re also trying to figure that piece out.”

China’s product standards do clarify what types of products China will allow domestically. The country will only allow closed pod systems to be sold, stating that “devices and cartridges using e-liquid should have a closed structure to prevent artificial filling.” Additionally, flavors will be allowed for now, but flavors are only approved under a “temporary permit for additive in e-vapor matter,” and any substance or flavor not listed “shall be used only after being proved to be safe and reliable by risk assessment,” the standards state. The listed additives include numerous flavoring extracts such as coffee, cocoa, prune and vanilla bean.

The standards only allow for a maximum amount of 20 mg of nicotine per mL. The source also said that the way he interprets the rules is that vape symposiums, such as the recently held 2021 IECIE Shenzhen eCig Expo (held Dec. 6–8), wouldn’t make sense to be held in China anymore. “I can’t imagine, if they’ve really taken bookings and got one on the cards currently, that they will cancel it, but we’ll see shortly,” the source said. “The Chinese domestic market is off limits to outsiders now. Moving forward, I don’t see a place for [trade shows] in this market anymore.”

For China’s domestic manufacturers, the outlook is grim. While international players will survive, they are still confused about what is to be expected when the rules are finalized. Stock shares for RLX Technology, China’s largest domestic brand, fell by more than 16 percent after the STMA released the proposed rules.

RLX chairperson and CEO Ying Wang, however, said the company welcomed the new regulatory framework. “We believe the sector will enter a new era of development—an era marked by enhanced product safety and quality, augmented social responsibilities and improved intellectual property protection,” said Wang at the presentation of the company’s third-quarter 2021 results.

RLX Chief Financial Officer Chao Lu added that the company is well prepared for the new operating environment. “The investments we made in products, talents, research and compliance in the third quarter and beyond will place us in advantageous positions under the new regulatory paradigm,” he said.

In Shenzhen, the capital of global vapor manufacturing, the industry is still in a state of shock, according to the source. “Everybody, from big to small, is scrambling to try and find out how this relates to them,” the source said. “They all have to register immediately with [the] State Tobacco Monopoly [Association] to continue doing business. They have to register what they’re going to be manufacturing, what their exports are, where they are going. It’s a complete disaster.” 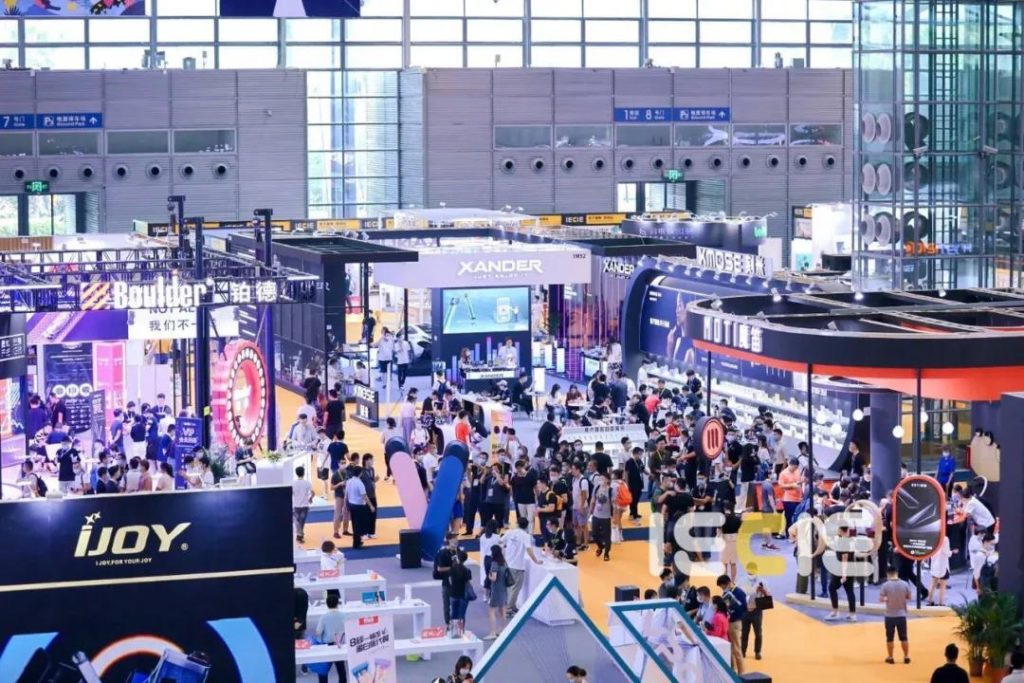