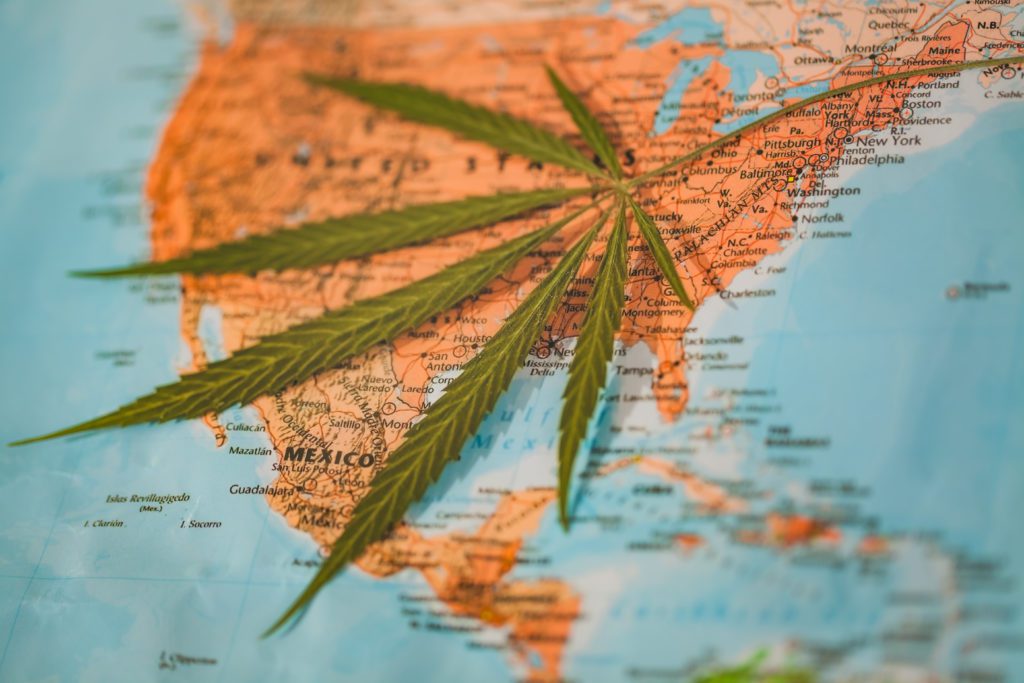 A growing number of countries are considering embracing legalized marijuana to boost their economies.

Marijuana is a moneymaker. To help combat slowing economies caused by the Covid-19 pandemic, many countries are considering legalizing marijuana. Currently, only Canada, Georgia, Mexico, South Africa and Uruguay, plus 18 U.S. states, two U.S. territories, the District of Columbia and the Australian Capital Territory in Australia have some form of legal marijuana. More recently, Germany, Luxembourg, Costa Rica and the U.S. are working to legalize marijuana on a national level.

In November, the leaders of Germany’s incoming governing parties announced that they had reached a formal agreement to legalize recreational marijuana and “promote broader drug policy harm reduction measures” when they take power. “We are introducing the controlled supply of cannabis to adults for consumption in licensed stores,” the parties said in a 118-page agreement. “This controls the quality [of marijuana], prevents the transfer of contaminated substances and guarantees the protection of minors.”

Currently, the personal possession of marijuana is decriminalized in Germany, and there is a medical cannabis program for residents. However, this proposal seeks to establish a regulated market for adult-use marijuana. The joint government will also review the social impact of legalization four years after implementation, according to the agreement.

“When it comes to alcohol and nicotine prevention, we rely on increased education with a special focus on children, adolescents and pregnant women,” the agreement states. “We are tightening the regulations for marketing and sponsoring for alcohol, nicotine and cannabis. We constantly measure regulations against new scientific findings and use them to align health protection measures.”

Competing with Germany to be first to legalize in Europe is its neighbor Luxembourg. The country’s ministers of justice and homeland security in October unveiled a legalization proposal, which will still require a vote in Parliament but is expected to pass, according to Marijuana Moment. Luxembourg’s rules focus on legalization within a home setting. Parliament is expected to vote on the proposal in early 2022, and the ruling parties are friendly to the reform.

In Mexico, medicinal use of cannabis products became legal in June 2021. World-renowned cannabis attorney Rod Kight says that Mexico is moving along rapidly in the implementation and understanding of the new rules, though a bit chaotically. He said that he expects to see more movement on marijuana laws in the country during its next legislative session.

“Medical cannabis is lawful in Mexico, and regulations were published earlier this year,” he said. “With respect to adult-use cannabis, the Supreme Court ruled that laws prohibiting the personal use and consumption of cannabis are unconstitutional. However, it remains unlawful to engage in commercial cannabis transactions. We anticipate that an adult-use bill will be passed in 2022.”

A top Mexican senator says that there’s agreement among key legislative leaders of multiple parties to prioritize marijuana legalization legislation this session, according to Marijuana Moment. Senate Majority Leader Ricardo Monreal Avila of the ruling MORENA party made the comments following a meeting of the Political Coordination Board. He said that the panel “agreed to prioritize cannabis laws” among other issues like cybersecurity, according to a translation.

During a recent trip to Costa Rica, Vapor Voice visited several stores that sold marijuana components, such as pipes and grinders, but no one was selling the product itself. This is because the rules in Costa Rica are confusing. While technically marijuana is illegal, there are no statutory penalties for the possession and use of marijuana. Selling marijuana, however, is illegal and punishable by up to 10 years in prison and/or fines.

To help combat this confusion and truly embrace the growing number of global marijuana tourists, like Mexico, Costa Rica is considering legalizing recreational marijuana. This would allow marijuana to be purchased in stores and allow the country to tax the product. Last year, Costa Rica’s Congress approved the legalization of marijuana for medicinal purposes despite opposition from conservative groups and President Carlos Alvarado.

Instead of taking up the required second debate, lawmakers sent the bill to the Constitutional Chamber of the Supreme Court for legal review, similar to the route Mexico took toward legalization as well. The second debate is expected early next year and would still require a signature from Alvarado.

The Costa Rican law only allows for the production and processing of cannabis but does not regulate its recreational use. However, the vote represents the most concrete action Costa Rica has taken toward legalizing cannabis products while noting the “significant economic potential” of legalizing the sale of cannabis. “It is a market of billions of dollars, and Costa Rica could be part of it,” said lawmaker Zoila Rosa Volio, who introduced the bill. He said Costa Rica was in a prime position to reap the “benefits of growing and exporting hemp and marijuana plants.”

Kight said that the developments in Costa Rica are encouraging. The approved bill authorizes the production, industrialization and commercialization of medicinal cannabis and hemp. “Under the bill, low-THC hemp and nonintoxicating hemp products are lawful generally, and high-THC cannabis will be approved for medical use,” Kight explains. “President Carlos Alvarado approves of hemp but is an opponent of high-THC cannabis. His office controls the legislative agenda, which means that a final vote on the law may not occur in the short term.”

In the United States, federal regulation of marijuana has been introduced numerous times and always failed. As more states legalize marijuana, however, the federal government is under pressure to decriminalize marijuana and remove it from its listing as a Schedule I drug, which are considered “substances or chemicals [that] are defined as drugs with no currently accepted medical use and a high potential for abuse.” While a large swath of the U.S. has legalized marijuana, it is still a highly debated argument at the federal level.

The most recent attempt to decriminalize marijuana is the States Reform Act, which would deschedule, regulate and tax cannabis products with a novel federal excise tax design—based on quantities and predefined categories, not dissimilar from how the federal government taxes alcohol and tobacco.

Introduced by Representative Nancy Mace, the bill would impose a tax of 3 percent on the removal price (cost when leaving the manufacturer or a bonded warehouse) of cannabis products. That’s significantly lower than the rates suggested in the other bills introduced this year to deschedule and tax cannabis: the MORE Act (8 percent rate) and the Cannabis Administration and Opportunity Act (CAOA, 25 percent rate), according to Ulrik Boesen, an analyst with the Tax Foundation.

“Arguably, the biggest impact on existing cannabis businesses would not be a new federal tax. Today, due to its Schedule I status, cannabis products cannot cross state borders, and as a result, all products must be grown, processed, sold and consumed within state borders,” states Boesen. “Descheduling would create a national market where products grown in Oregon can be processed in Colorado and sold in New York. This would revolutionize markets in states, which, given the federal prohibition, are currently able to discriminate against interstate commerce. Descheduling would mean that state laws can no longer do so as it would violate the Dormant Commerce Clause of the U.S. Constitution.”

Mace’s bill establishes six taxable categories and instructs that the secretary of the treasury can create more if needed:

In a blog post, Boesen states that the creation of categories avoids some larger issues associated with price-based taxation as it guarantees that comparable products are taxed at the same rate regardless of price. “Under a pure price-based tax design, an expensive THC-containing chocolate bar would be taxed at a higher rate than a cheap THC-containing chocolate bar—even if they contain the exact same amount and quality of THC,” he writes. “Taxing the value of the product is not an excise tax’s job—capturing value should be left to sales and income taxes.”

Michelle Minton, a senior fellow at the Competitive Enterprise Institute, said that while it certainly has room for improvement, Mace’s bill is a solid starting point for “truly bipartisan legislation” that could finally end America’s prohibition of marijuana products. The MORE Act, introduced in House in May by Rep. Jerrold Nadler, would also decriminalize marijuana.

Specifically, the MORE Act also removes marijuana from the list of scheduled substances under the Controlled Substances Act and eliminates criminal penalties for an individual who manufactures, distributes or possesses marijuana. However, Minton says that Mace’s bill, unlike the MORE Act, would set a national minimum age for cannabis purchasing at 21.

“This would be enforced in the same way as the national minimum age for buying alcohol: by withholding federal transportation funds to states with a lower minimum age than the federal standard,” she writes in a blog post. “However, Mace’s proposal includes an exemption for states that allow minors to access medicinal cannabis for therapeutic purposes. The SRA bill would also grandfather in state medical cannabis products, allowing them to be sold in interstate commerce without prior federal approval.”

The dangling carrot for countries seeking to legalize marijuana is the amount of potential tax revenue the sales of marijuana can bring. For example, sales of marijuana in Colorado, one of the first U.S. states to legalize recreational marijuana, has resulted in buoyant tax revenues, according to media reports. In 2019, Colorado collected more than $302 million in taxes and fees on medical and recreational marijuana. Sales in the state totaled over $1.7 billion.

Nationwide, marijuana sales in the U.S. were $12.2 billion in 2019 and are projected to increase to $31.1 billion by 2024, according to a report from Arcview Market Research and BDS Analytics. Should marijuana become legal on a federal level, the benefits to the economy could be exceptional: A report from cannabis analytics company New Frontier suggests that federally legalizing marijuana could generate an additional $105.6 billion in aggregate federal tax revenue by 2025. It also predicts the impact of federally legal marijuana at the federal level could generate 1 million jobs by 2025.

Legalizing cannabis could bring Germany annual tax revenues and cost savings of about €4.7 billion ($5.34 billion) and create 27,000 new jobs, according to a survey by the Institute for Competition Economics at the Heinrich Heine University in Duesseldorf and commissioned by the German hemp association. The European market is projected to grow to €3.2 billion by 2025, up from €403 million at the end of 2021, according to the European Cannabis Report by the research firm Prohibition Partners.

Kight says legalization just makes sense. Whether in a large country like the U.S. or smaller countries such as Costa Rica and Mexico, the economic boost that legalized marijuana could bring is an economic gamechanger. “We seem to be at a tipping point for cannabis legalization, which appears inevitable in the U.S., most of Europe, much of Latin America and other parts of the world. The only real questions are when and what the various regulatory regimes will look like,” Kight says. “Countries that legislate quickly and thoughtfully should reap the benefits of increased tax revenue and lower crime rates.”