Respira Technologies is likely using a website to spread misinformation about vaping in order to promote its own product. Jim McDonald of Vaping360 reports that a website promoted by Respira contains false allegations that a scientist commissioned by Public Health England (PHE) and an author of the “vaping is 95 percent safer” than combustible cigarettes study had financial ties to the tobacco industry. 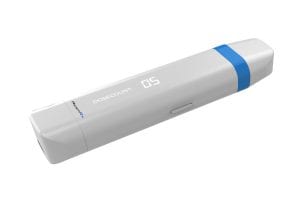 The California-based company with plans to pursue drug approval for an inhaled nebulizer-style nicotine replacement therapy product has also engaged in a smear campaign suggesting Juul Labs and other vaping product manufacturers may be responsible for causing some of the “EVALI” lung injury cases, and has encouraged the U.S. Food and Drug Administration to adopt standards that would prevent most consumer vapor products from being authorized for sale, according to McDonald.

Respira links its own website to a site called “Vaping Fact Checker” that attempts to tie nicotine vaping to the 2019 “EVALI” lung injury outbreak. A page on the site titled “EVALI Linked Products” shows Juul, SMOK and Suorin products and implies that they have caused or could cause “EVALI.”

Under the heading “Myth Busting,” the Vaping Fact Checker website also claims that “one of the authors” of Public Health England’s 2015 e-cigarette evidence review has “financial ties” to tobacco company Philip Morris International.

British tobacco harm reduction advocate Clive Bates, who has followed and been part of the debate over the 2015 PHE report, is director of Counterfactual Consulting and a former director of Action on Smoking and Health (ASH) in the UK, said that it appears the author of the Vaping Fact Checker claim has (either misinformation or disinformation) confused the PHE review with a separate paper authored by a group of experts led by drug researcher David Nutt.

“It is both offensive and preposterous to claim that the experts undertaking Public Health England’s evidence reviews were somehow compromised by tobacco industry interests,” Bates told Vaping360. “They are all scientists of the highest standing with no conflicts of interest.”