With Germany’s new government, a coalition of the center-left Social Democrats, the Green party and the liberal Free Democrats, taking office on Dec. 6, 2021, a long-awaited change moved closer to becoming reality. The country, the parties announced in their coalition agreement, will legalize the sale of cannabis to adults—that is, consumers from the age of 18—for recreational purposes. Although no details were mentioned and no timetable was set, the announcement sent cannabis stocks to new heights.

The Financial Times described the announcement as “game-changing precedent for the global business of growing and selling marijuana” that would be closely watched by other countries. With its proposal, Germany would join a movement of cannabis reform around the world. Canada, Uruguay as well as 19 U.S. states and the District of Columbia have already legalized recreational cannabis. In the European Union, Malta in mid-December became the first country to permit the use and growth of weed for recreational purposes. Sales, however, will remain prohibited.

After legalization, Germany will be the biggest EU cannabis market by far. For the time being, the recreational consumption of marijuana in the country is not explicitly illegal, but sales, imports and cultivation are prohibited. Germany legalized medicinal cannabis in 2017.

With further legalization, the government aims to dry out the illegal market, lower criminal justice expenditures and protect public health. According to the German Cannabis Association, illegal marijuana is often contaminated with sand, sugar, glass or spices. Increasingly, synthetic cannabinoids, up to 100 times stronger than natural psychoactive cannabinoids, are used to dilute the weed.

The proposal also includes preventive measures, such as the creation of facilities where consumers can check cannabis from the black market for harmful additives. Marijuana advertising will be strictly regulated. The coalition has agreed to keep the ban on private cannabis cultivation. Whether foreign nationals will be allowed to buy cannabis in Germany, too, remains unclear. According to the coalition agreement, the measure will be evaluated after four years, especially in terms of youth protection.

What cannabis regulation in Germany will look like exactly remains unclear. The coalition is expected to introduce a cannabis tax; a recent study by Heinrich Heine University Duesseldorf estimates that such a tax could contribute €1.8 billion ($1.14 billion) annually to the state treasury. Legalization would bring in an estimated €4.7 billion per year due to additional revenues from corporate tax, trade tax and value-added tax as well as from savings in prosecution and the judicial system. It could also create 27,000 new jobs, the study found.

Apart from pharmacies, the licensed dispensaries mentioned in the coalition agreement reportedly might include tobacconist shops and perhaps even dedicated coffee shops as in the Netherlands, which tolerates recreational cannabis for personal consumption. The new government is expected to define thresholds for the content of tetrahydrocannabinol (THC), the psychoactive ingredient in cannabis, in the products to be sold. The government might also review Germany’s traffic laws, which currently allow 1 nanogram of THC per milliliter of blood serum.

The legalization proposal, long opposed by previous Christian Democrat party-led governments, has triggered a heated debate in Germany. Physicians specializing in addiction treatment warn that it would boost consumption and encourage related issues, such as dependence, depressive and anxiety disorders, psychoses and developmental delays in young people. Meanwhile, law enforcement officials are skeptical that legalization will erase the black market. A tax, they claim, would make legal cannabis significantly more expensive, thus leading to competition between legal and illegal sources.

Georg Wurth, managing director of the German Cannabis Association, does not share law enforcement’s concerns. “The black market will at least be pushed back,” he says. “Every single euro of revenue that will be generated on the legal market will be retracted from the illicit market, and every percent that moves from the black to the legal market is a progress. I’d rather have a legal and a black market than a 100 percent illegal market. If you take cigarettes as an example, there is also a black market, but there are no plans to prohibit cigarettes in order to rein that in.”

The right pricing will be decisive for deflating the illegal market, Wurth adds. “All three coalition partners are aware that they shouldn’t overplay their hand if they really want to force back the illegal market. I am confident that they will succeed if they find the right approach at pricing. In Canada, it took about two and a half years until half of the cannabis revenues came from the legal market.”

Illicit cannabis currently retails at €10 per gram in Germany. Interestingly, this is also the sales price for medicinal cannabis in pharmacies. “Cannabis already is relatively inexpensive in Germany,” says Adrian Fischer, co-founder and managing director of Demecan, which supplies medicinal cannabis. “We presume that consumers will be willing to pay a higher price for legal cannabis for recreational purposes that has a better quality than illegal weed, but the price shouldn’t be much higher than €10. In addition, it has to be guaranteed that there are a sufficient number of points of sale for marijuana. If a consumer must drive 50 kilometers to the next legal dispensary, he is more likely to stick with his dealer round the corner.” If legal cannabis is priced competitively, Fischer forecasts that the German marijuana market will be worth €5 billion in five years.

While the German Cannabis Organization opposes a limit on the THC content, Fischer suggests linking it to certain age limits, as with alcohol. In Germany, drinks with a low alcohol content, such as beer or wine, can be legally purchased from the age of 16 while liquor drinkers have to wait until they turn 18. “Similarly, cannabis with a lower THC content could be made available for 18-year-olds and with a higher THC content for 21-year-olds,” says Wurth.

The German Cannabis Organization believes the coalition should consider four aspects in shaping regulation. For starters, it should permit private cultivation for personal consumption. “In other countries that have legalized marijuana, such as Uruguay and some U.S. states, this is part of the law,” says Wurth.

Traffic laws are another issue. “Presently, limiting values and criminal proceedings are extremely strict. Cannabis users may lose their driver’s license even though they did not drive stoned, only because they have remainders of cannabis in their blood from consumption days ago that don’t have any effect on their driving behavior anymore,” says Wurth.

He also insists on an amnesty for the cannabis users who are currently listed as criminal offenders. “Their entries have to be deleted,” says Wurth. “In the U.S. states where marijuana is legal, this is regularly being done.”

Lastly, the sale of legal cannabis should remain restricted to specialist shops, according to the German Cannabis Organization. This would also guarantee better youth protection.

However, neither the legalization of cannabis for adults nor prohibition can prevent marijuana consumption among youths, cautions Wurth. “Legalization would nevertheless have a positive impact on youths, even though it cannot principally prevent youth consumption,” he says. “Youths are more susceptible to prevention measures, hence the latter should be stepped up significantly and reformed.

“Currently, police give preventive lessons in schools. They tend to get the message across that youths shouldn’t touch cannabis or else they would end up in the gutter, lose their driver’s licenses, etc. I hope that with the legalization there will also be more investment in better education and credible prevention measures so that youths seek drug counselling help earlier.”

If youths do consume cannabis, Wurth adds, it is safer if their older friends or siblings bring them legal weed from a licensed dispensary rather than potentially contaminated marijuana from a street dealer as is the case now.

The German illegal marijuana market is estimated at about 400 tons, most of which is imported from Morocco. Since Germany is a signatory to the 1961 United Nations Single Convention On Narcotic Drugs, the country will not be allowed to import or export cannabis for recreational purposes once the substance has been legalized. This means the coalition will either have to negotiate new conditions or stipulate that all cultivation has to take place in Germany.

Presently, only medicinal cannabis is grown in Germany. That business is controlled by three companies: Tilray, Aurora and Demecan. Under supervision of the state-owned cannabis agency, they jointly cultivate 2.6 tons of medicinal cannabis annually to cater to a market that is estimated at 12 tons to 15 tons per year, with demand increasing, according to Fischer. Due to the strict rules and standards, the companies grow the plants in hermetically sealed buildings, with product stored in high-security vaults. The first domestic crop reached pharmacies only last summer; a large amount of medicinal cannabis is still imported.

After legalization of recreational cannabis, manufacturers say they will be able to quickly expand production. Demecan has opened a center for medicinal cannabis in Ebersbach and recently finalized construction of Europe’s largest indoor marijuana production site. It presently has the capacity to produce 1 ton of medicinal cannabis but can supply 50 percent more at short notice, according to Fischer. “Within a year, we could step up capacity to 4 tons and in the mid-term to 10 tons per year. We are prepared to cater to growing demand. Our aim is to cultivate life quality and to ensure patient care, hence it is important to us that legalization of recreational cannabis doesn’t happen at the expense of patients. Therefore, we have built large production capacities to cater to both markets.”

The three providers of medicinal cannabis alone will nevertheless not be able to meet the demand for recreational cannabis, he admits. “To reach this target, legislature must tender licenses for the cultivation of marijuana in Germany relatively quickly and right on time before the actual legalization.”

With medicinal cannabis being a medicine, all aspects of production are subject to the narcotics act and must be compliant with good manufacturing practices and good agricultural and collection practices guidelines. A relaxation of production regulations for the cultivation of recreational weed, Fischer says, could contribute to less costly production.

Wurth expects it to take another one or two years until the law takes effect—and even longer until the first licenses will be allocated, cultivation gets started and the first shops open. “The quickest part of such a law would be the decriminalization of consumers. The U.S. have shown that this can happen immediately.”

In shaping the law, he says, Germany has several role models it could draw upon. “The Netherlands are no example of a legalized market as the coffee shops are only tolerated, and supply is not regulated, so that criminal structures have emerged like everywhere else. But the coffee shops are a good example of allowing consumption on-site, which is not the case in most other countries that have legalized marijuana. As for points of sale, Germany should look to Canada and the U.S.—licensed specialist shops in a limited number; no access for youths; exact declaration of the products, their origins and their CBD and THC contents. Uruguay allows cultivation for personal use; people can even join grower communities to cultivate their weed or have it cultivated.”

In the end, the legalization of cannabis in Germany might go more smoothly, critics fear. In February 2021, the Cato Institute published a study on the legalization of marijuana by some U.S. states. It found that both proponents and opponents overstated their cases. Except for tax revenues, which exceeded some expectations, the report says state legalizations have mainly had minor effects.

Stefanie Rossel is Vapor Voice’s editorial contributor. An experienced trade journalist, she combines sharp reporting skills with in-depth knowledge of the tobacco and vapor industries. Prior to joining Vapor Voice, Stefanie was editor-in-chief at Tobacco Journal International, where she worked for a decade. Fluent in English, German and French, Stefanie covers tobacco and vapor industry news around the world. She is based in Germany. 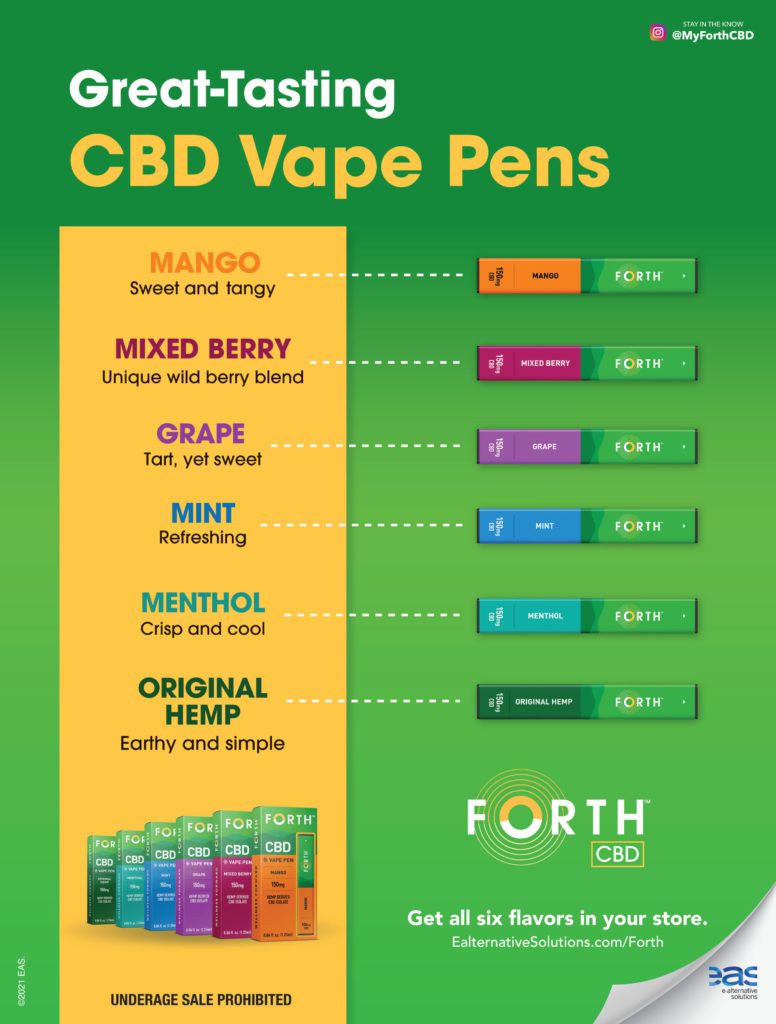