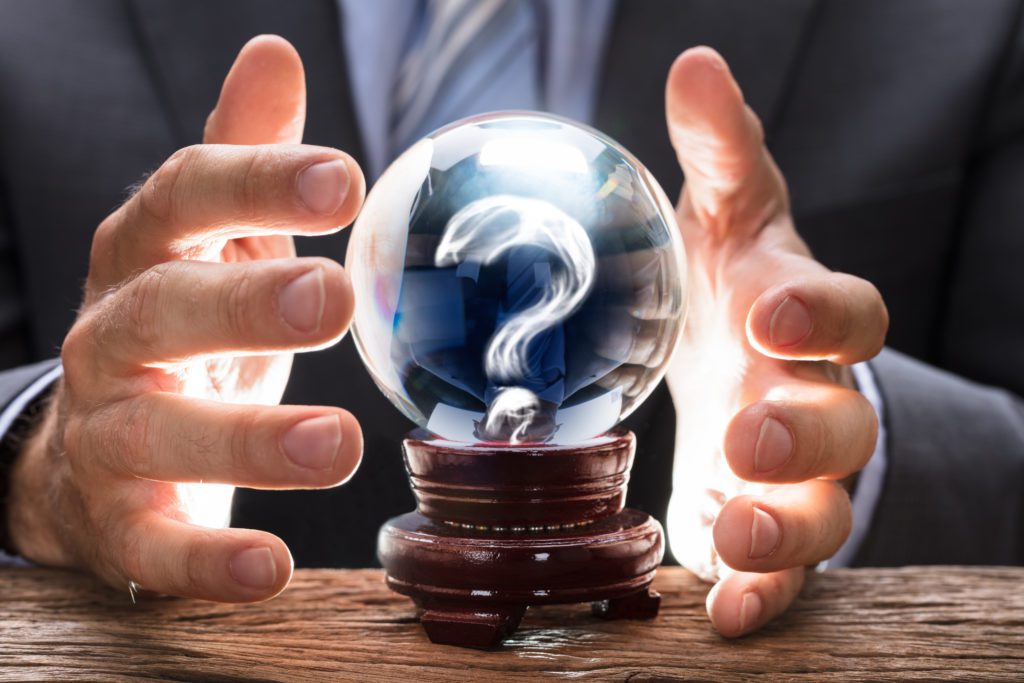 The long roller coaster ride for the vapor industry will likely continue for the foreseeable future.

By Chris Howard and Rich Hill

It’s been a long and arduous journey since the finalization of the Deeming Rule in 2016. As most of you will recall, this was the moment when we transitioned from operating in an unregulated market to plowing forward under a complicated and onerous regulatory scheme in the blink of an eye. Shortly thereafter, the U.S. Food and Drug Administration announced a renewed prioritization of harm reduction and proclaimed that vapor could play a leading role in that effort.

Then, as quickly as a bright future for harm reduction blossomed, the lights dimmed, and vapor became the villain in the harm reduction story overnight. In addition to paralyzing propaganda and misplaced demonization by activist groups throughout the U.S., the industry also faced an onslaught of crippling requirements associated with a 10-month window to submit premarket tobacco product applications (PMTAs). Costing millions of dollars, 99 percent of the PMTAs ultimately submitted to the FDA’s Center for Tobacco Products (CTP) were summarily rejected based upon a standard, akin to a clinical cessation trial, that none in the industry expected.

As of the date of this writing, some of the largest players in the e-liquid space have closed their doors or have moved into yet another risky proposition—synthetic nicotine. Despite the setbacks over the past several years, many still believe reports of vapor’s death as a harm reduction tool are greatly exaggerated. Notwithstanding this cautious optimism, it is clear that 2022 is going to be yet another difficult year for the vapor category.

Current state as we enter 2022

As we enter 2022, much of the flavored e-liquid market is gone and may never return. While we have seen marketing orders for first-generation e-cigarettes and tobacco disks that are no longer marketed, we have not seen marketing orders for any modern electronic nicotine-delivery system (ENDS) or oral nicotine products. We have seen a marketing order for a combustible low-nicotine cigarette, along with a reduced exposure order for the same. While litigation continues around the rejected PMTAs, the FDA still lacks a commissioner, and we have no knowledge of who will replace retiring CTP Director Mitch Zeller. Most importantly, other than removing flavors from the market, we have no clear understanding of the FDA’s harm reduction strategy.

Predicting the future in 2022

PMTAs. Few question the fact that the CTP was given a Herculean task by the Maryland federal court. Processing, let alone reviewing, 6.5 million PMTAs in a year was unquestionably an impossible requirement. Candidly, the fact that the CTP was able to get the majority through acceptance and filing was a significant achievement. Of course, for most reading this, the outcome was obviously disappointing as nearly all requests for marketing orders for flavored ENDS products were rejected in late 2021. As the various challenges to the marketing denial orders play out over the next year, many hold out hope that the CTP will be found to have violated the Administrative Procedures Act and/or acted arbitrarily or capriciously in its decision-making process.

With respect to those applications that remain pending with the CTP (primarily tobacco and menthol flavors, pod systems and disposable devices), we believe the FDA will issue marketing orders for several tobacco-flavored pods and disposable e-cigarettes in 2022. Assuming the remaining applications otherwise meet the statutory standards, there is little reason for the CTP to deny applications for tobacco-flavored pods, e-liquids and disposables given the evidence that such products are not particularly attractive to youth. That said, we question whether any action will occur before the new FDA commissioner and CTP director are in place and have an opportunity to address policy concerns.

As for menthol offerings, we anticipate that the FDA will not act until the proposed product standard banning menthol is released. It was interesting to note that a menthol-flavored combustible cigarette with lower nicotine levels was granted an exposure modification order. The CTP’s action may indicate a desire to provide “off-ramps” for combustible menthol cigarette smokers in a world where menthol cigarettes are potentially banned. Ideally, the CTP will grant marketing orders for menthol-flavored ENDS to provide an alternative product for current menthol cigarette smokers. This would provide a potential cessation or maintenance product to the millions of menthol smokers in the U.S.—thus reducing the risk of the formation of black and gray market activities.

Finally, marketing orders for flavored ENDS products seem unlikely in 2022. If the clinical cessation trial/longitudinal cohort study requirement proves to be administratively appropriate, it would seem difficult, if not impossible, that any flavored product will even make it to the review phase with such data for six months to 12 months at a minimum. Even then, it is an open question as to how much and what kind of data will be deemed to be sufficient by the CTP. We see a world where flavored ENDS are once again marketed, but it seems unlikely to occur in the near future.

Product standards. We have all heard that the CTP intends to issue draft product standards banning both menthol in cigarettes and flavored cigars by April of this year. These purported product standards, along with the recent marketing orders granted for lower nicotine combustible cigarettes, are telling with where the focus of the FDA’s policy stands. The standards appear to demonstrate an agency bent on removing any flavors from combustible tobacco products unless those products cannot create or sustain addiction. We can be assured that the product standards will face a blizzard of regulatory and legal challenges and will likely take many years to implement.

Synthetic nicotine. A few months ago, synthetic nicotine seemed like the last bastion of flavored ENDS products in the marketplace. While these products currently do not have a regulatory home, we fully expect that the existing legislative efforts will ultimately provide the CTP the authority to regulate synthetic nicotine. Once granted, all regulatory requirements for deemed tobacco products will apply, such as PMTAs. In the unlikely event Congress does not successfully provide such authority, we expect state legislatures to address the issue with prohibitive laws banning synthetic nicotine.

FDA administration. One wildcard in the mix is the turnover in key personnel at the FDA. In his largely collegial confirmation hearing, the commissioner nominee, Robert Califf, stated that his top two priorities upon confirmation were not tobacco related. Rather, he intends to focus on (a) emergency preparedness and response and (b) patient and consumer protection through “systematic evidence generation” related to medical and food products. While he faced few questions on tobacco-related issues, many skeptics believe his views toward tobacco products are similar to the current administration. Whether he will take a proactive stance toward prioritizing harm reduction is unknown.

Unfortunately, Zeller’s retirement removes a harm reduction proponent. What can we expect in a replacement? In short, the most likely replacement will be a candidate who has solid tobacco control chops and is aligned with the current policy flow against flavored products. We don’t expect to see any novel tobacco control or harm reduction policies (akin to former FDA commissioner Scott Gottlieb’s approach in 2018).

Unfortunately, it appears that the long roller coaster ride for the vapor industry will continue for the foreseeable future. The good news, if you can call it that, is that the Biden administration has a variety of nontobacco-related issues to address—particularly up to the mid-term elections—which could lessen the likelihood of additional draconian polices imposed on the industry. At this point, it appears that 2022 will be about waiting—waiting for court decisions, waiting for policymakers and waiting for policy decisions.

We won’t be so naive as to say that things can’t get worse in 2022. That said, if you have made it this far, now certainly doesn’t seem like the time to give up. 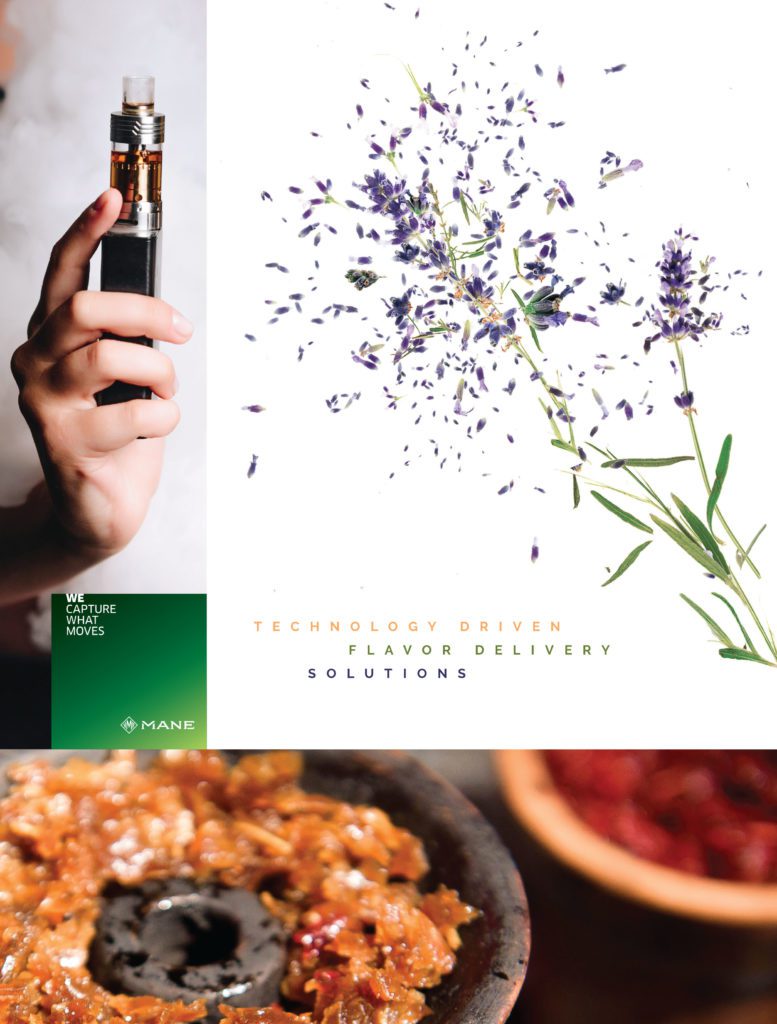